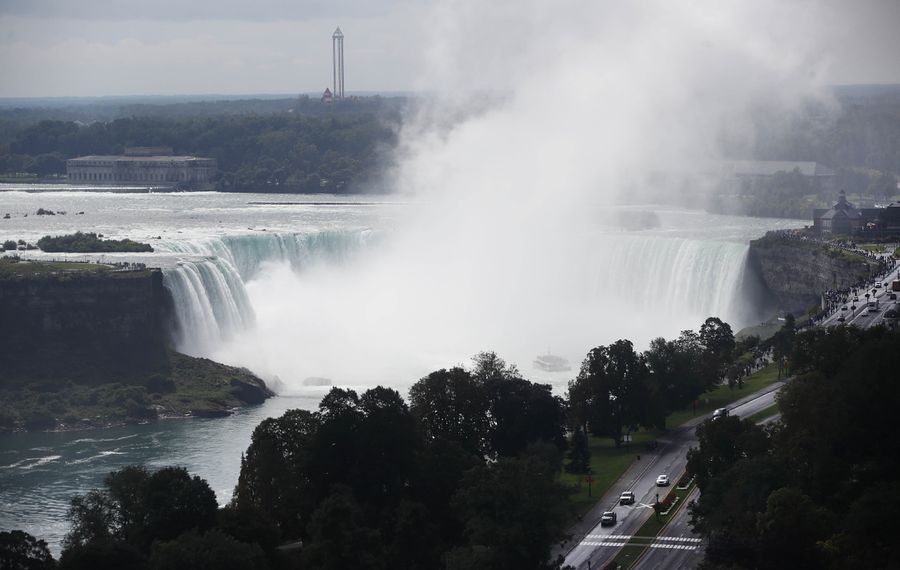 A 10-year-old boy visiting Niagara Falls, Ontario with his family was seriously injured Sunday when he fell about 80 feet off a railing into the gorge near the base of the Horsehoe Falls.

Niagara Parks Police reported that they were called to the Niagara Parkway near the Horseshoe Falls at 4:34 p.m.

The child was visiting from another country and was sitting on the gorge railing so his mother could take a photo. When he tried to adjust himself for the picture, he lost his balance and fell into the gorge, police reported.

Members of the Niagara Falls Fire Department, Niagara Parks Police High Angle River Team and Niagara Emergency Medical Service reached the injured boy and stabilized him so he could be taken to the hospital. They said his injuries initially were considered to be life-threatening.

The child was flown to McMaster Children’s hospital in Hamilton by Air Orange. The hospital later reported the child was in serious, but stable, condition.