The authority ended the incentive payments in 2012, but not before paying Hyde a final bonus, his largest yet, of $142,000.

Hyde's pay hasn't suffered without the bonuses, however. At $220,000, he is the highest-paid official at a local or county IDA in the state, according to compensation data released recently by the New York State Authorities Budget Office.

Ten IDA chiefs in New York earned more than $150,000 last year, including James J. Allen, who stepped down as head of the Amherst IDA in April but was paid by the IDA for the full year. Allen was paid $185,248, including a $5,400 vehicle allowance, the ABO reported. 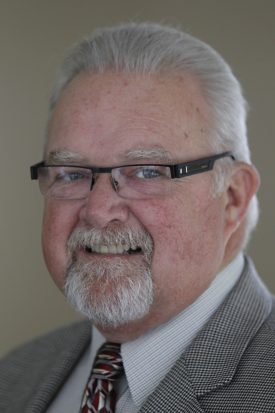 "This wasn't something they gave me in one year. Of course, just cost-of-living adjustments, that number went up," said Allen, the Amherst IDA executive director for 36 years. "I think it's fair."

Defenders of the executives and their compensation say the IDAs promote economic development, draw in companies that otherwise wouldn't come to or expand in the communities and help to create jobs. They note that many agency budgets come from fees collected from businesses by the IDAs and not from taxpayers.

And they point to Hyde, who worked for years in business development before coming to the Genesee County IDA in 2002, and Allen, who served as executive director of the Amherst IDA for 36 years, as examples of experienced dealmakers.

"We believe he's worth what we're paying him," said Paul Battaglia, the chair of the Genesee County Economic Development Center, said of Hyde. "Whether that should be more than anybody else, I guess I can't comment about everybody else. But we believe what we're paying him is commensurate with the job he's doing."

Critics, however, said the agencies often aren't transparent enough about the compensation earned by officials – particularly in cases where IDA officials are paid both by the agency and by another development corporation or by a local government.

The critics said the public needs to know as much as possible about IDA officials' pay because the agencies often dole out millions of dollars in tax breaks to companies. The agencies need to be better stewards of those funds, they said.

Amherst IDA paid executive for 8 months after he retired

"The compensation should be transparent," said Susan Lerner, executive director of Common Cause New York. "It appears to be not tied to performance, from what you've shown in Genesee. I'm sure there's similar situations."

The ABO is an independent state office that seeks to track the budgets and the performance of public authorities and economic-development agencies.

Its list of highest-compensated IDA employees includes officials from agencies in Western New York counties and from across the state.

The list doesn't include every source of money paid to the employees, so further digging at SeeThroughNY.net pulls in tens of thousands of dollars of additional compensation that some top IDA officials earn.

The 73 IDA officials with the title of executive director, president or CEO earned an average of $49,948 last year directly from the IDAs, but their average compensation rose to $80,013 when including pay from development corporations and county and local governments, according to data from the ABO and SeeThroughNY.

IDA employees work with companies considering relocating to, or expanding in, their communities, on projects ranging from hotels and liquor stores to data centers and yogurt plants.

IDA boards vote on whether to grant property, sales or mortgage-recording tax breaks that can be worth millions of dollars over the length of the agreement. Critics say some of the tax-break requests are inappropriate and that the developers would go through with many of the projects anyway. But proponents say the incentives bring jobs and investment to communities – even to long-vacant buildings – in desperate need of them.

The officials' pay is set by the agencies' boards of directors and is reviewed regularly.

"I think a lot of times their salary is based on their performance and their ability to attract new opportunities and the different variety of services they may provide," said Ryan Silva, executive director of the New York State Economic Development Council. The council's members include a majority of the IDAs in the state and Hyde is the group's chair.

When an IDA grants tax breaks, that is money local governments won't collect in property, sales or other taxes, Lerner said. She said this public money subsidizes the deals and generates the fees the IDAs earn, which pay for employee salaries. So taxpayer money indirectly helps the agencies pay their executives, she said.

And some IDAs also receive direct county tax dollars. For example, the IDA in Genesee County received $193,513 from its County Legislature in 2017.

Genesee County offers an example of an IDA board that offered rewards for performance.

In a 2012 statement, the board of the Economic Development Center said the bonuses earned by Hyde and the other employees were well-deserved because of the development they attracted that year, specifically the Muller Quaker Dairy and Alpina Foods yogurt plants. The board said the contractually mandated performance bonuses continued in 2012 but would stop after that as the board shifted to a salary-based pay system.

But by 2015, the $206 million Muller Quaker Dairy yogurt plant had closed, putting 170 employees out of work. Another company, HP Hood, has stepped in to fill the void, and it is set to receive its own incentives.

The 2011 ABO report criticized Hyde's salary as out of proportion to other county officials. In Genesee County, the highest-paid county worker is District Attorney Lawrence Friedman, who earned $152,500 in 2016 and $189,334 in 2017, according to SeeThroughNY.

Battaglia, the center chairman, said Hyde has succeeded in developing projects such as the Western New York Science and Technology Advanced Manufacturing Park, a 1,250-acre, high-tech manufacturing site. In 2016, the center closed on 18 projects that promise to create 69 new jobs and invest $84 million in Genesee County, the center reported.

Hyde, through a spokesman, declined to comment on his compensation.

Getting 2 paychecks in Niagara County

Common Cause's Lerner wants it to be easier for the public to find out about cases where IDA officials received additional compensation through another agency.

The double-earning officials include Niagara County's Samuel M. Ferraro, who is executive director of the IDA and is also commissioner of economic development for the county.

Stephen Brady, the Niagara County IDA chairman, said the duties of Ferraro's two jobs are distinct, though residents benefit from Ferraro's filling both jobs. Ferraro was a county employee first, and when the previous IDA chief left that job in 2003, the IDA board thought it made sense for Ferraro to take over the position.

"We saw some economies of scope and scale," Brady said.

Transparency is needed in order to hold the IDAs accountable to the taxpayers and residents of the areas, Lerner said.