Karl Kolbe has spent many long days at the Barrel Factory over the past few months, getting Pressure Drop Brewing - named after barometric pressure readings and fluid dynamics principles - ready to make beer for the Buffalo-area and beyond.

As a Kenmore expat living in Auburn, Calif., Kolbe took up homebrewing several years ago, won the Sierra Nevada Beer Camp Homebrew Competition and eventually started working for Knee Deep Brewing Company. It wasn’t long after soaking up as much brewing and industry knowledge as he could, that he started to look for a way to open his own brewery.

California was an option, but Buffalo was calling him back home. In November, Kolbe expects to open Pressure Drop in the Barrel Factory at 65 Vandalia St. in the Old First Ward.

Invest Buffalo Niagara and the Erie County Industrial Development Agency greatly assisted Kolbe and his partner, Lexi Craine, with the financial education and business contacts needed to get them up and running. With additional assistance from Evans Bank and a still-unsaturated market for beer, Buffalo was the obvious choice. 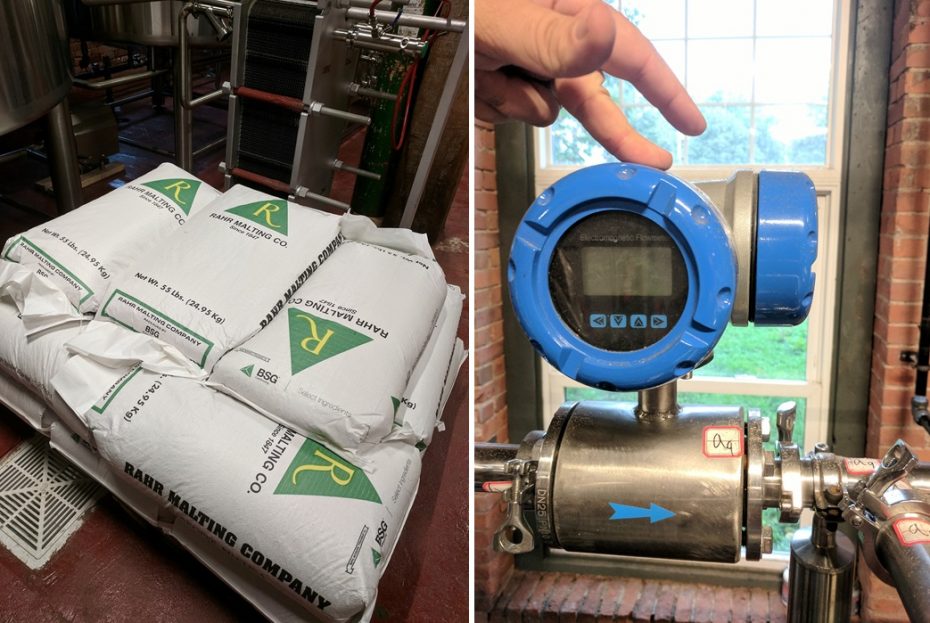 Pressure Drop's bags of malt, left, as well as a flow meter. (Alex Placito/Special to The News)

Kolbe plans to brew several different styles, but he has a special place in his heart for the bigger ones, like Triple IPAs (India pale ales) that clock in around 9 to 13 percent ABV (alcohol by volume). Kolbe said the beers will have a decidedly West-Coast influence; for instance, filtering will remove the fine particulate matter, leaving the beers with a sparkling clarity, instead of the now-popular haze found in many unfiltered beers.

Sessionable beers like English mild, Belgian single and coffee and cream porter will also be available. The main focus, however, will be the bigger beers. “We will brew some things that will roll your socks up and down,” Kolbe said with a smile.

As a production brewery, Kolbe will brew 15 barrels of beer at a time (roughly 472 gallons) to supply the local market, and eventually develop relationships downstate and in New York City. That, he said, will be possible only after they can sell beer locally.

“We have a huge amount of respect for the city of Buffalo," Kolbe said. "It’ll make or break us.” 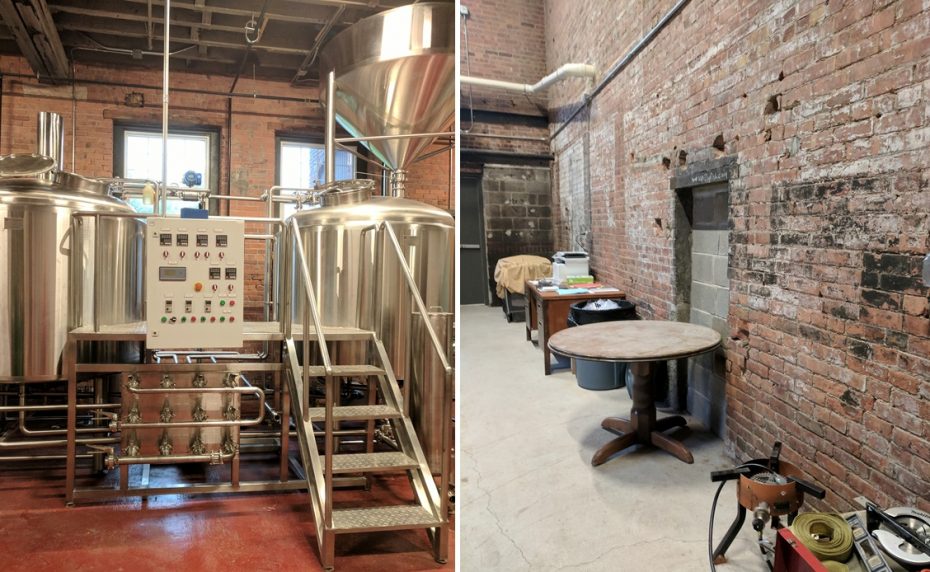 A look around the insides of Pressure Drop Brewing. (Alex Placito/Special to The News)

To get them started, Kolbe has brewed a collaboration with Old First Ward Brewing Company (across the street from the Barrel Factory), an 8.5 percent ABV Double IPA called Knee Socks, which will be released soon.

Despite considering several locations for the brewery, Kolbe fell in love with the brick Vandalia Street complex.

“This building is a maker’s paradise,” Kolbe sighed contentedly. The site brims with potential for collaborations between its other vendors, like Leonard Oakes Estate Winery, Lakeward Spirits and Snowy Owl Kombucha.

Kolbe hopes to have five or six beers out by mid-December. Pressure Drop will not have a tap room, but the beers should be poured at Lakeward Spirits’ bar inside the Barrel Factory, as well as bars throughout the area.

As Kolbe put it, “I can’t wait to jam out beers for everyone under the sun.”