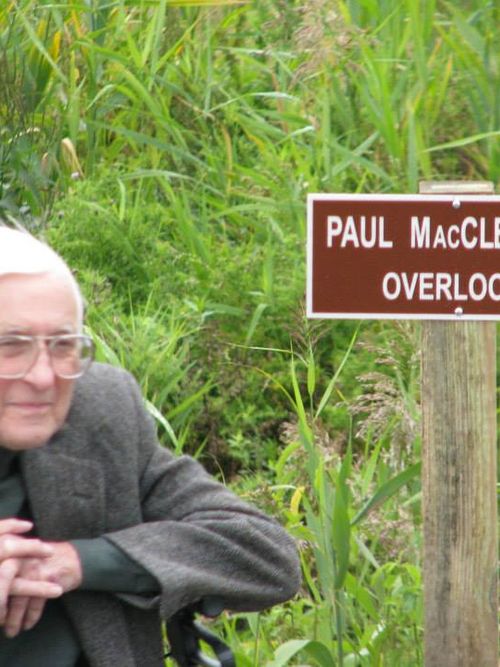 Born on Oct. 21, 1925, in Providence, R.I., he grew up in Catskill, N.Y. He interrupted his studies as a journalism major at Syracuse University to volunteer as a non-combat ambulance driver with the American Field Service during World War II. He was attached to the British Army in India.

Returning to Syracuse, he graduated in 1947 and spent three years as a teacher and head of the Journalism Department at the American University in Cairo, Egypt. During that time, he visited North Africa, Spain and Italy and developed a lifelong love of travel.

Back in the United States, Mr. MacClennan became a reporter with the Watertown Daily News, where he met Ruth Goodemote. They were married in 1952 and left their jobs for an extensive camping trip in the Southwest and Mexico.

In 1953, he joined The Buffalo Evening News as a reporter covering local government, focusing on consolidation and regional planning. In 1971, while covering the Attica prison uprising, he was the pool reporter on a panel that interviewed inmates inside the prison gates. He and others at The News received numerous awards for their coverage.

He established an environmental beat in the early 1970s and created an opinion column that he wrote for 28 years.

In 1972, Mr. MacClennan attended the first United Nations Conference on the Environment in Stockholm, Sweden.

For more than 10 years, he covered the toxic waste crisis at Love Canal and its aftermath.

Through his column, he became an advocate for the preservation of the Great Lakes and was cited by the International Joint Commission for fostering cooperation between the United States and Canada to protect the lakes.

He continued his column for 10 years after retirement, founded and edited Greenwatch, an environmental newsletter, served on the Delaware Park Steering Committee and was one of the founders of the Times Beach Oversight Committee, which campaigned for many years to restore Times Beach Nature Preserve on Buffalo’s Outer Harbor.

He also was a member of the Society of Environmental Journalists, which presented him with its David Stolberg Meritorious Service Award in 2000.

His wife died in 1986. He was remarried to Buffalo News reporter Patricia Swift.

In addition to his wife, he is survived by a son, Jonathan, and two grandchildren.

A memorial service will be held at a date to be arranged.