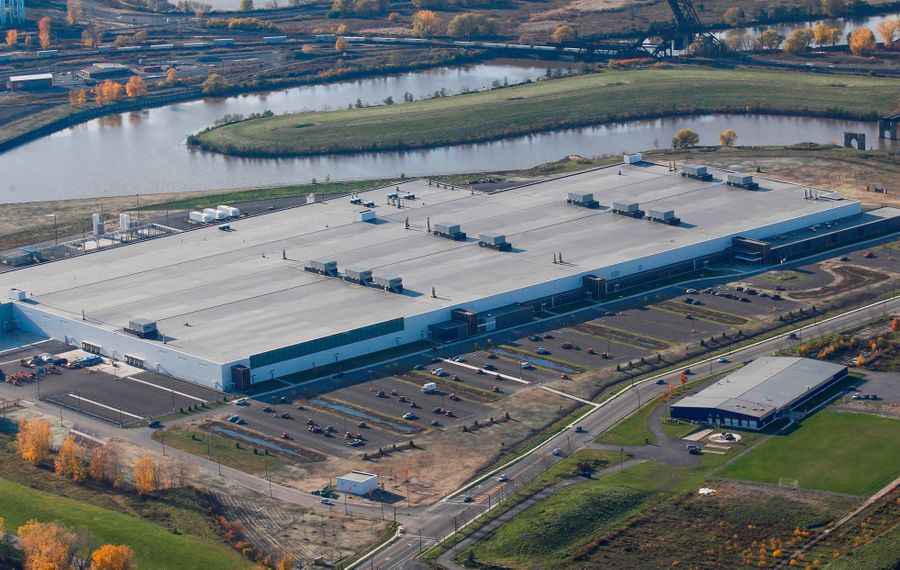 Elon Musk, the CEO of Tesla which owns SolarCity, is offering to help Puerto Rico restore its power grid with his solar-powered batteries and panels.

That could mean solar roof panels that are planned to be manufactured at the sprawling RiverBend factory in South Buffalo could play a critical role in helping the U.S. territory that was devastated by Hurricane Maria.

The possibility rose Thursday when Scott Stapf of consulting firm The Hastings Group posed a question on Twitter, according to a report in Fortune magazine.

The Tesla team has done this for many smaller islands around the world, but there is no scalability limit, so it can be done for Puerto Rico too. Such a decision would be in the hands of the PR govt, PUC, any commercial stakeholders and, most importantly, the people of PR.

The governor of Puerto Rico tweeted that he liked the idea:

I would be happy to talk. Hopefully, Tesla can be helpful.

Business Insider reported "the island of Ta’u in American Samoa can run entirely on solar energy thanks to a Tesla microgrid that consists of 5,328 solar panels and 60 Powerpack batteries. Tesla also built a massive solar farm on the Hawaiian island of Kauai that can account for 20 percent of the island's peak electricity load."

Tesla also agreed in September to build the world's largest lithium-ion battery storage project in South Australia and said it would take less than 100 days to install. He also said Tesla would provide the batteries for free if it took longer than 100 days.

But those systems are relatively tiny compared with the scale that would be needed in Puerto Rico. Kauai has 70,000 people. Puerto Rico has 3.4 million.

Currently at the 1.2-million-square-foot factory at RiverBend, it's Tesla's production partner Panasonic that is making solar products. In August, Panasonic started making modules that will go into solar panels and roofing tiles that the two companies will eventually produce in Buffalo. Earlier this summer, Panasonic began building its production workforce, hosting a series of well-attended information sessions and a hiring event that had applicants lined up out the door.

But the factory isn't expected to reach full production until sometime in 2019. In the meantime, Puerto Rico faces an immediate need to quickly rebuild its power grid. Less than 10 percent of the island currently has electricity, according to Rosselló.

Some advocates have suggested that the hurricane's devastation is an opportunity for Puerto Rico to replace its unreliable electrical infrastructure with a modern power grid that relies more heavily on renewable energy, which last year supplied only 2 percent of the island's electricity, compared with 14.9 percent for the United States.

And then there's the issue of who would pay for a massive solar initiative and how much it would cost. Rossello has estimated that rebuilding the island could cost $60 billion to $90 billion at a time when Puerto Rico already was saddled with a stifling debt burden.

Tesla sign goes up as it begins seeking production staff