The Akron field hockey team may have only had one game last week, but Abby Stone made it count.

With the help of her teammates, the senior scored five goals and had an assist in a 7-1 win against Wilson, one of the tougher teams in the Niagara-Orleans League.

For her noteworthy performance in a sport that's not so easy to score in, Stone was an easy choice for the Prep Talk Female Athlete of the Week.

Coach Mary Borden on Stone: "The varsity field hockey coaches in the Niagara-Orleans League have to be relieved that Abby's finally a senior. She has been plaguing her opponents for five seasons! Abby has been a full field force since she took the field as an eighth-grader. She scored five goals last week against a tough team, but she is actually a defender. Abby’s power in her drives, coupled with her advanced stick work and speed make her a standout athlete. She has received both first team league and first team All-Western New York honors for field hockey and softball since her freshman year. The extraordinary career contributions as a leader and athlete to the field hockey program at Akron for No. 24 make “filling her spikes” quite a challenge to our upcoming players!"

How has your season gone so far?: Our team record overall is 9-0 and in league 7-0 (entering Tuesday). I have 16 goals overall and 12 in league. The team has 32 goals for and four against.

Highlight of athletic career so far: Winning the Section VI title in field hockey and making it to regionals my sophomore year.

Favorite thing about my sport: The best thing about field hockey is my team. We play hard, have fun and win games. 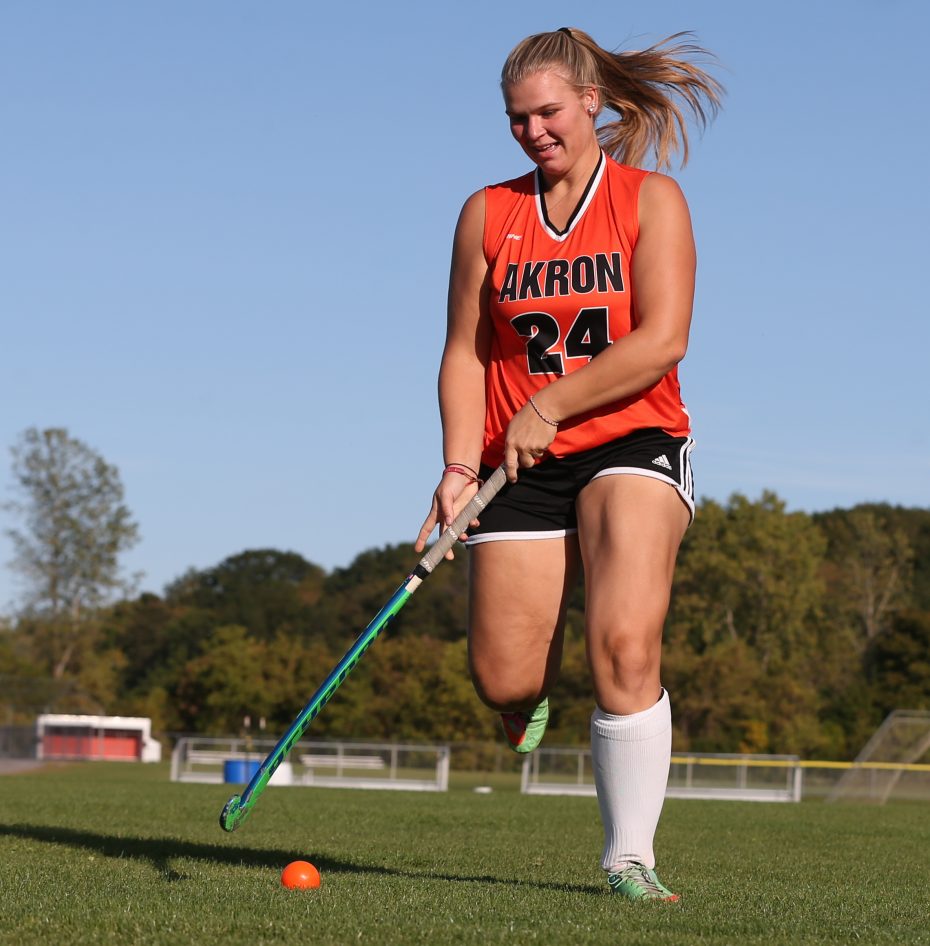 Favorite teammate: Olivia Diebel and Amanda Jeziorowski because they are amazing fellow captains and we get along on and off the field. We have played together for four years.

Toughest opponent: Depends on the year and because teams are ever changing. Barker has been a team that we have to play our best game against to beat.

WNY athlete I looked up to: Nathan Forrestel because he was told he can't and he still did. Nathan is a senior at Akron High School and he plays on the golf team. He has cerebral palsy and works through it every day to do what he loves, playing golf.

Pro/college athlete I admire now: Claudia Stone, my older sister who is a senior at Hartwick College and plays field hockey. I played with her on varsity when I was in eighth grade and it was one of my favorite seasons. I have always looked up to her.

What’s ahead (athletics and/or academics): I plan on playing softball in college and studying to become a nurse practitioner. I have not decided where I will play yet. I'm narrowing down my choices and should have a decision soon.