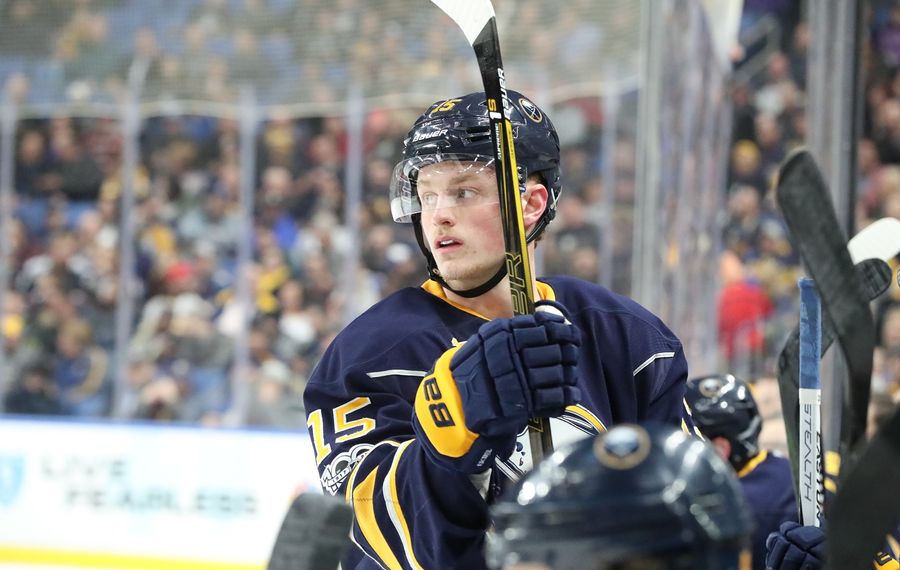 The Sabres should be thrilled. They have Jack Eichel under contract until 2026, giving the team and its fans a bona fide star for at least nine more years.

What should make the Sabres ecstatic is they signed Eichel before the season got underway.

The center has looked different this fall. All players try to get "bigger, faster and stronger" during the offseason. Eichel really did. He seems determined to take his place among the NHL elite.

A huge season would only make his value go up. He might have earned a couple of million more per season with an MVP-caliber year.

Jack Eichel happy and humbled to be in Buffalo for the long term
Mike Harrington: With a letter or not, new deal locks in Eichel as captain
Watch: Jack Eichel speaks about historic deal with Sabres
Watch: Our Team's Takeaway on Jack Eichel's contract
The Tim Graham Show: Is Eichel too young to be captain?

Of course, $10 million per season is already an astronomical amount. When the extension kicks in next season, Eichel will be tied for fifth in average annual salary. Edmonton's Connor McDavid will make $12.5 million. He'll be followed by Montreal's Carey Price and Chicago's dynamic duo of Jonathan Toews and Patrick Kane at $10.5 million each.

Eichel's deal matches the $10 million per season that Los Angeles is paying Anze Kopitar. He'll make more than Alex Ovechkin, Sidney Crosby and Evgeni Malkin. Those four players have more awards and titles than they can carry.

Buffalo's star is still waiting to make a legitimate splash. The 20-year-old has led the Sabres in goals and points during his two-year career, but he hasn't been part of the leaguewide conversation. He will be now.

Eichel and the Sabres are banking on it. It seems like a wise investment for both sides.

Mike Harrington: Jack Eichel is ready to be The Man