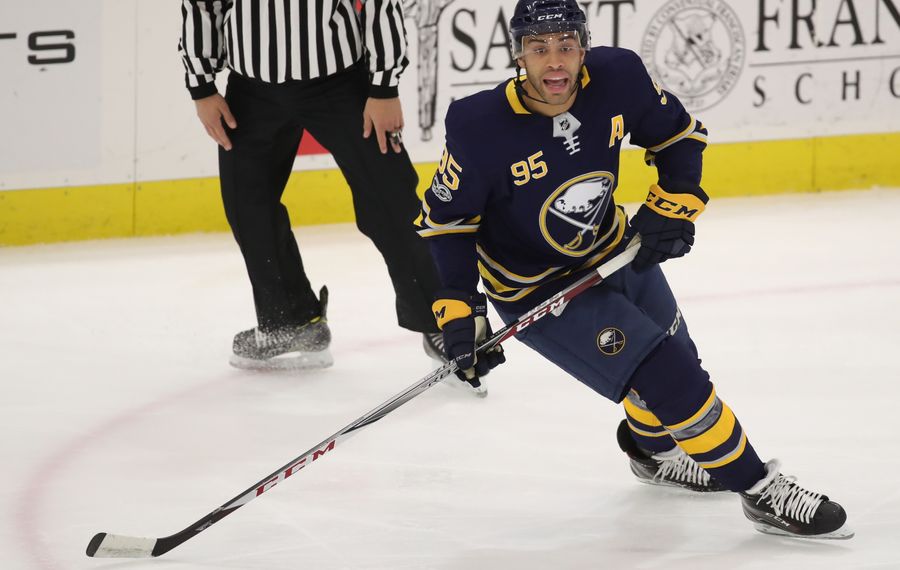 The Sabres have until Tuesday afternoon to finalize their opening-night roster. They took care of it Saturday.

Bailey can report to the Amerks immediately, while Fedun and Deslauriers must go through waivers. Teams have until noon Sunday to claim them.

The moves left the Sabres with 27 players, four over the 23-man limit. However, that includes the injured quartet of defenseman Jake McCabe and forwards Alex Nylander, Evan Rodrigues and Sean Malone.

Assigning them to injured reserve would get the Sabres to 23. While the Sabres don't have to make any more moves, it's possible they will.

As expected since July 1, the Sabres' goaltending tandem will be Robin Lehner and Chad Johnson.

The NHL is requiring all teams to submit their salary cap-compliant roster by 5 p.m. Tuesday. The cap is $75 million for the 2017-18 season.

Griffith won the competition for the final forward spot with a solid effort during the preseason finale. His ability to create chances helped him pull away from Bailey, who was noticeable on the penalty-kill unit but again struggled to prove he could score in the NHL.

Deslauriers has spent the past four seasons in Buffalo, but the acquisition of Nolan off waivers sealed his fate.

Solid preseason showings by Falk and Tennyson earned them spots over Fedun. When McCabe returns from his shoulder ailment, the Sabres will need to make another roster choice.