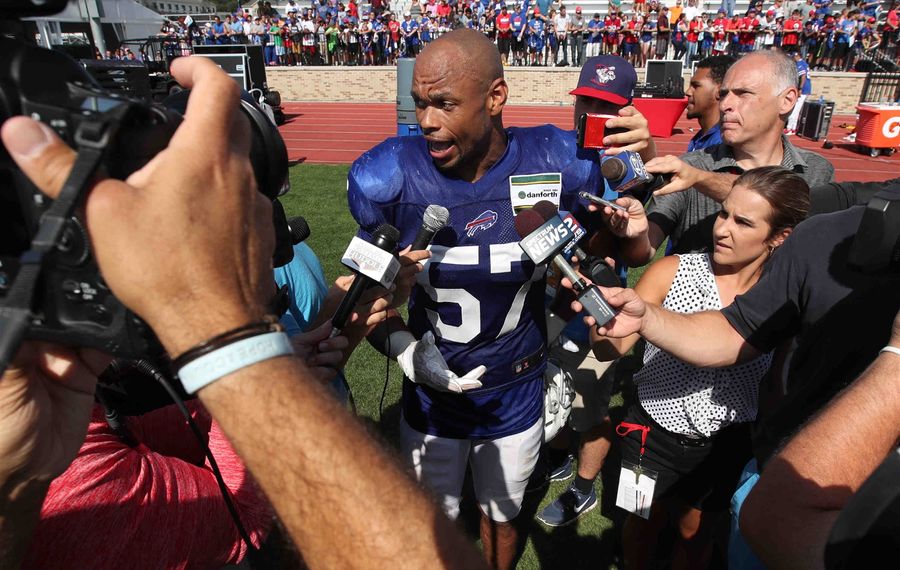 I don't have intimate knowledge how each of the NFL's 32 clubs addressed anthem demonstrations this weekend, but if there was a more effective approach than what the Buffalo Bills did, then I'd love to hear more about it.

Bills linebacker Lorenzo Alexander joined ESPN's Mike Rodak and me on "The Tim Graham Show" Wednesday to remind listeners why players are compelled to raise awareness about minority oppression.

As organized and harmonized as the Bills were (aside from LeSean McCoy and Jim Kelly each doing his own thing), the league-wide movement has been controversial and misunderstood, the message derailed by red herrings and yeah-buts.

Alexander, an NFL Players Association executive committee member, explained why the cause is proper regardless.

"The Tim Graham Show" airs every Wednesday from 4 to 6 p.m. on 1270 The Fan. Listen to archived episodes and subscribe to the podcast on iTunes.

00:00-17:50: Sully in studio with Tim and Mike talking about national anthem demonstrations