Jillian Vitale was vital for the St. Mary's of Lancaster girls volleyball team during a highly-anticipated stretch of tough competition.

During the week, the No. 1 small school Lancers swept both No. 1 large school Williamsville East and Monsignor Martin High School Athletic Association rival Sacred Heart in home games. Then on Saturday, St. Mary's finished tied for third place in the 40-team Victor Tournament against some of the best teams across New York State.

Vitale had 32 assists against the Flames, 37 against the Sharks and totaled 95 more in Victor while leading an effective offensive attack.

For her exceptional performances, Vitale has been recognized as the Prep Talk Female Athlete of the Week.

Coach Don Pieczynski on Vitale: "Jillian has been a no-nonsense player since her freshman year on varsity. Over the last two years, she has  blossomed into one of the area's best playmakers as our primary setter. Unflappable probably describes her best, but don't underestimate her desire. An adept server, utilizing her pinpoint accuracy, she leads the team in aces as well as assists."

How has your season gone so far?: So far, our season has been outstanding. I firmly believe that our success stems from our team being so tight-knit. Because we are all close friends, we don’t need to put much effort into playing as a unit. Instead, we are able to focus our energy toward sharpening our skills and creating new ways to outsmart and beat our opponents. This is why our record as of right now is 16-1-1. Currently, I have 398 total assists, 65 digs, 24 aces and a serving percentage of 95 percent. 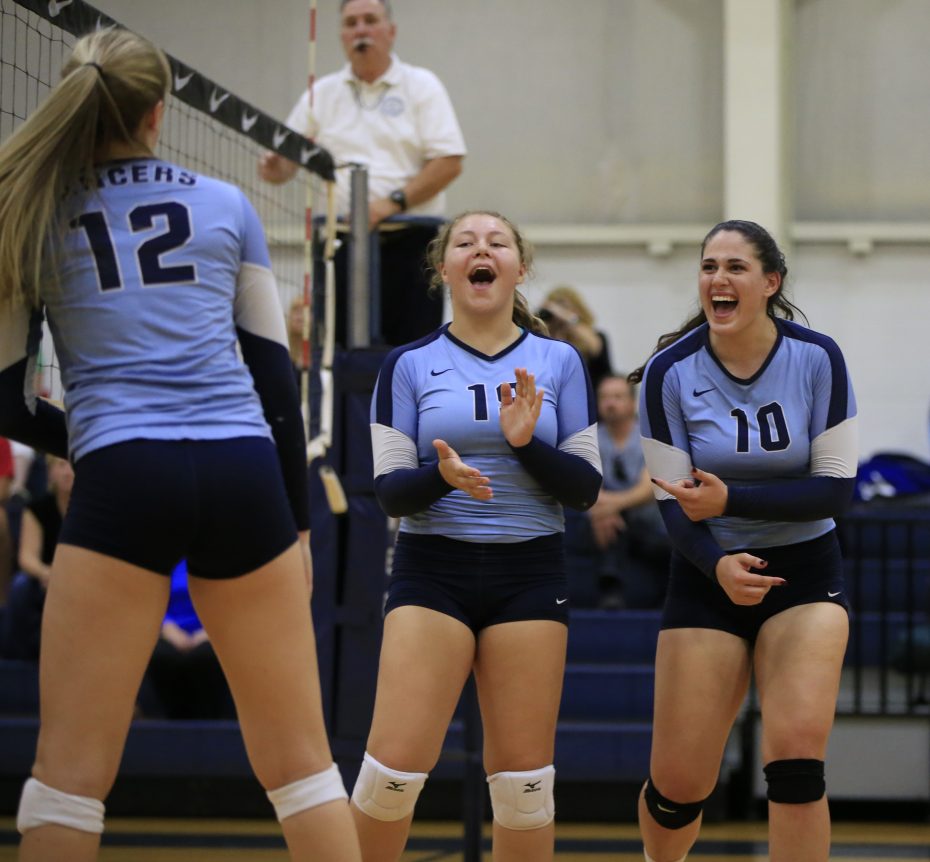 Favorite thing about my sport: I love that volleyball is my outlet, that I can forget about everything else when I’m playing my sport.

Favorite teammate: With a team chock full of fun, supportive and determined girls, there’s no way I could choose a favorite! I can honestly say that I have learned something from every teammate I’ve ever had, and I’m so grateful that I’ve had the chance to play with such amazing groups of girls.

WNY athlete I looked up to: During my freshman and sophomore seasons I played alongside and learned so much from Bailey Dolegowski, an accomplished Western New York setter. Her effortless technique and natural ability inspired me to push myself to be the setter I am today.

Pro/college athlete I admire now: I have great admiration for U.S. men’s national volleyball team member Matt Anderson, who played at Penn State, is a two-time Olympian and a Western New York native. He is a huge inspiration of mine because he is an extremely versatile player and he compassionately gives back to the volleyball community.

What’s ahead (athletics and/or academics): I’m hoping to attend American University in Washington D.C. next fall, where I will study CLEG, an interdisciplinary studies major at AU that incorporates communications, legal studies, economics and government. I also want to minor in Arabic and play club level volleyball there. I am considering pursuing a law degree after I receive my bachelor’s as well.