We cannot let go of summer, especially with the recent warm weather. And besides, we have to "bulk up" for the cold weather ahead. Here are some places taking advantage of the fall flavors.

New this year, Anderson’s Frozen Custard locations will serve the “Think Pink” shake for Breast Cancer Awareness Month. The special cinnamon Oreo shake with whipped cream is decorated with a breast cancer pink ribbon. The event runs Oct. 1-15 and $1 from all shakes sold (not just the special shake) will go to support two local groups: For Our Daughters and Hope Chest. Shakes are $4.50.

For other seasonal ice cream, visit Anderson's online “custard calendar” to see the dates locations are serving pumpkin custard. However if you are on a mission for pumpkin, you can be sure that the Williamsville (6075 Main St.) and Amherst (2369 Niagara Falls Blvd.) locations will have pumpkin custard throughout October. The month also ushers in a caramel pumpkin pecan sundae made with pumpkin ice cream, warm caramel sauce then chopped pecans at all locations. All stores also carry packed take home: pumpkin, caramel apple crisp and pumpkin cheesecake.

For a limited time, Churn Soft Serve of Lloyd (1501 Hertel) is serving an orange and brown sugar spiced cake sundae that’s layered with orange meringue and vanilla soft serve, topped with orange curd, brown sugar spiced cake and a brûléed orange slice and cinnamon glaze. “Inspired by my love for fall, I grew up on food featuring spices that were balanced by sweet and tangy flavors as well," said pastry chef Ann (Panda) Tran. 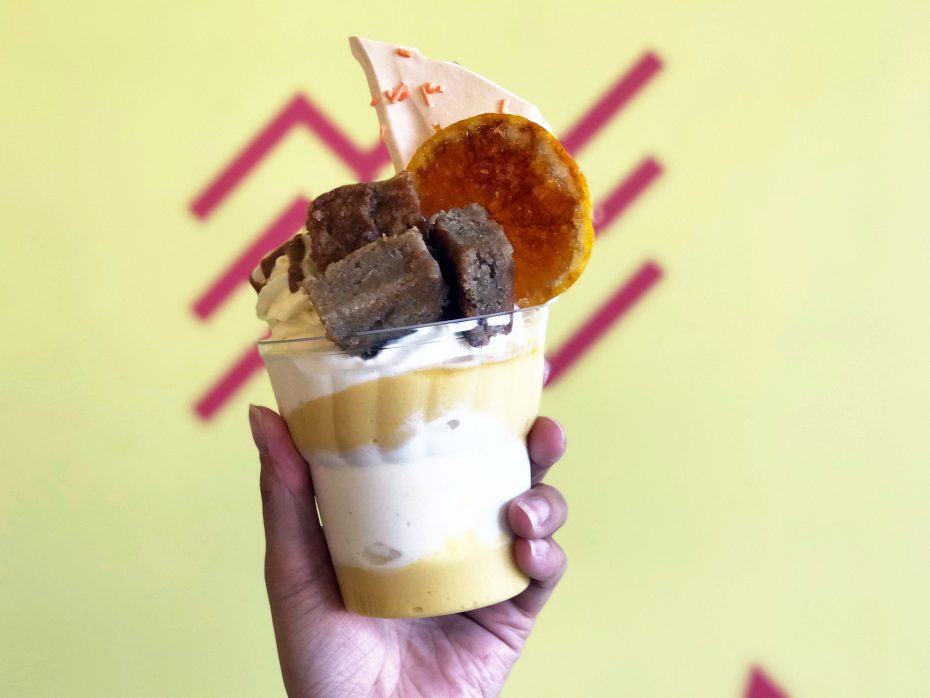 This orange and brown sugar spiced cake sundae is the secret sundae of the week available for a limited time at Churn, with some other wonderful seasonal creation to follow.

Poutine & Cream (1488 Hertel Ave.) owners Mark Adler and Jack Fraser tell us pumpkin spice and apple pie ice cream will run throughout the fall. Then there are P&C's  frightening “freak shakes.” The pumpkin spice freak shake uses pumpkin spice ice cream that's put into a chocolate rimmed mug topped with whipped cream, candy corn and a doughnut. A version of their creamy buns is in the works. (A creamy bun is a doughnut ice cream sandwich made with a Famous Doughnut that's filled with house-made ice cream.) 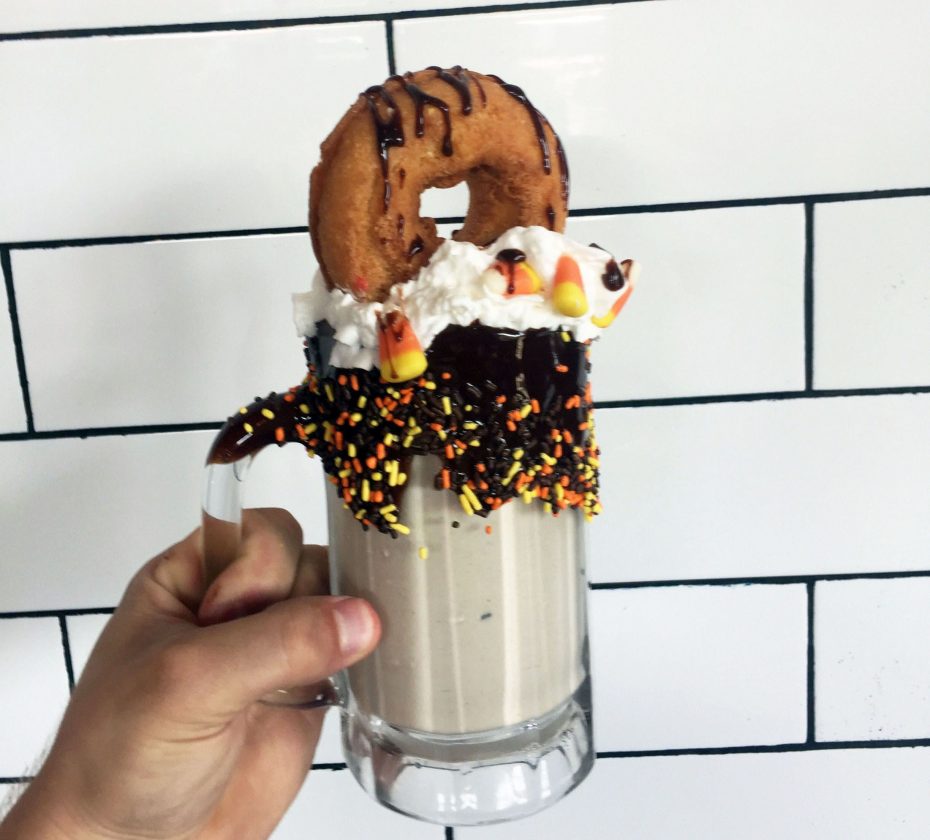 Why raise a beer mug when you can raise this? We are sure the pumpkin spice freak shake probably has no calories at all. (Photo courtesy of Poutine and Cream)

Lake Effect Ice Cream (1900 Hertel Ave. and 79 Canal St., Lockport) brings back the pumpkin gingersnap or what it calls, “The king of fall flavors.” The trick-or-treat ice cream features vanilla ice cream combined with candy bars you would get in a trick or treat bag like Kit Kat and Nestle Crunch bars. Apple lovers can lick up the caramel apple ice cream that has bits of cinnamon candy in it. And for those who want something warm, the Nickel City Heat ice cream matches chocolate with the kick of cayenne pepper. 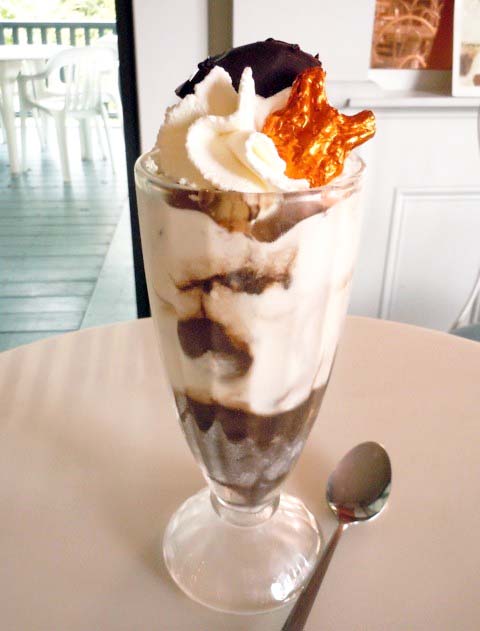 Alethea's new seasonal treats include the Dark Side sundae.

For October a pumpkin pecan crunch sundae will be added to the menu. Both are part of the "Chocolate Shop Series" of sundaes and include items made and sold in the chocolate shop. Owner Dean Tassy said this time of year is busier than summer for ice cream sales, and with sundaes like this, who can doubt him?

Good ole Dairy Queen might still be serving its pumpkin pie blizzard if you are lucky. Never fear, its next blizzard of the month is made with everyone’s favorite trick or treat candy: Reese’s Peanut Butter Cup. The Royal Reese’s Brownie matches the peanut butter cups and a chocolate brownie with vanilla ice cream that’s topped with peanut butter topping.