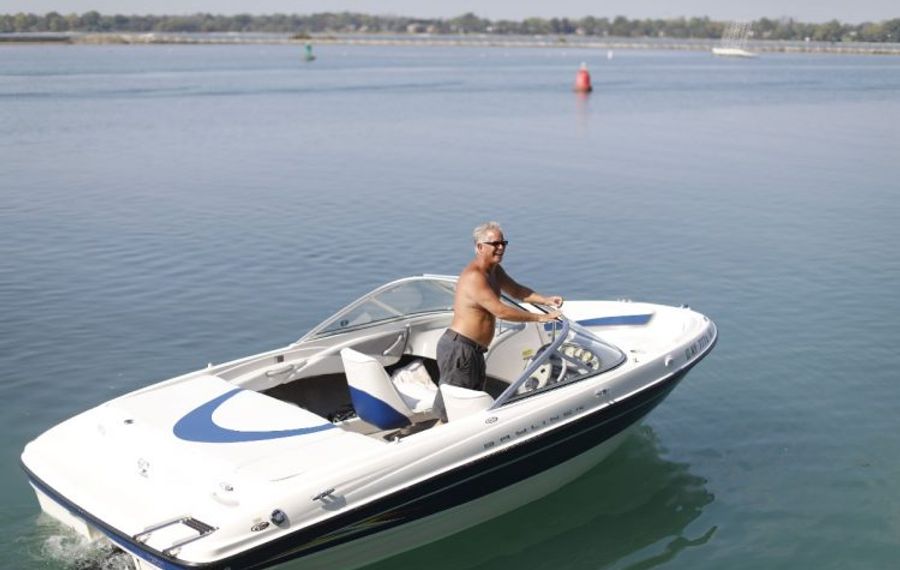 Quick, what's more unlikely? The Bills in first place or Buffalo's back-to-back days with temperatures in the 90s?

The mercury hit unseasonable highs on Sunday and Monday, 90 and 91 degrees, respectively. It hasn't been that hot on consecutive days this late in the year since the National Weather Service started keeping records in Buffalo in 1870.

Autumn arrived five days ago, and it'll be October on Sunday. But in Buffalo, these are still beach-going days like in July, with shorts and T-shirts the preferred attire.

We're in the longest streak of 80-degree days in Buffalo this year.

Wednesday climbed into the low 80s before noon, running that streak to 12 straight days. That makes it the second-longest streak of 80-degree September days on record in Buffalo. The longest streak — 13 days — happened in September 1947.

On average, Buffalo records five 80-degree days in September. So far, there have been 15 this year.

Buffalo's average high temperature for this time of year is about 67 degrees.

Weather service meteorologists attributed the late-season heat-wave to a combination of factors, including a sustained ridge of high pressure over the eastern United States, hurricanes Irma and Jose pulling equatorial air northward and the longest-stretch of rain-free days this year.

Think back to those record-breaking rains during the late spring and early summer.

By Sept. 8, it was the city's second-wettest year since World War II. It rained 8 inches more than average.

Then, nature's spigot turned off. There hasn't been measurable rainfall since.

"(The rain's) been pretty much over the East Coast and Atlantic Ocean," said Steve Welch, a meteorologist at the National Weather Service.

It's the ninth-longest stretch of dry weather ever recorded at Buffalo Niagara International Airport. The longest is 24 days from June 25 to July 18, 1944.

That happened between Sept. 1 and Sept. 12. Then the temperature reversed course and the lake started getting warmer again.

Since Sept. 12, the Lake Erie temperature in Buffalo increased from 67 degrees to 72 degrees.

Tuesday's 72-degree water reading is tied with last Sept. 26 as the lake's second-warmest temperature this late in the season.

It's also only the fourth time since records started in 1927 that the lake temperature was at least 70 degrees on Sept. 26.

Could a warmer lake mean earlier — and heavier — lake-effect snow?

Welch said warmer lake temperatures may help by increasing atmospheric instability when a cold airmass arrives but that airmass also can quickly cool off the lake.

The unseasonably warm days are numbered.

"It will come to an end later in the day (Wednesday). A cold front goes through," Welch said.

That could bring a chance for showers and possibly a thunderstorm.

Behind it, there will be a few days of cooler-than-average temperatures with highs only in the low to mid-60s through the weekend.

Forecasts show another warm-up in the extended forecast with 70s returning by Sunday and into early October.