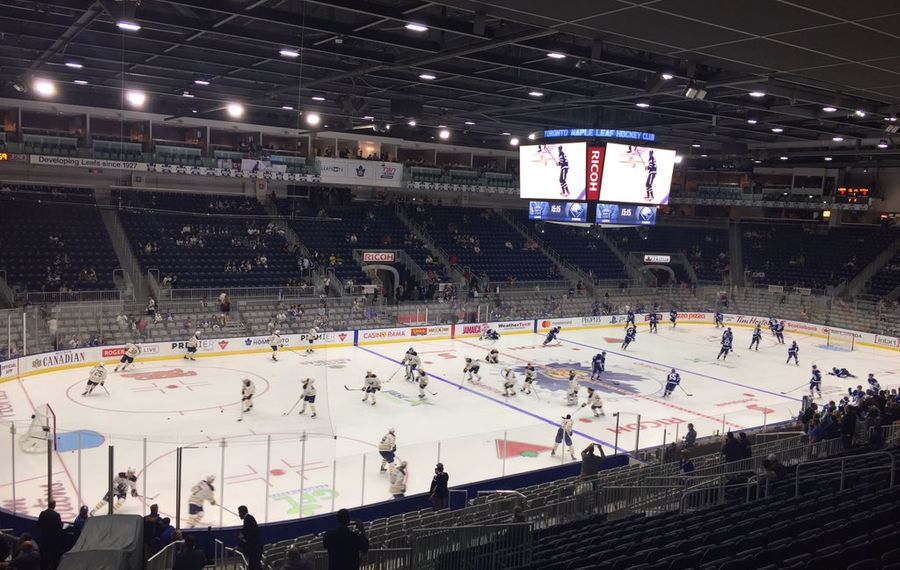 TORONTO – Evan Rodrigues avoided one hit. The next one landed and ended his night.

The Sabres left winger departed with an injury midway through the second period of Friday's 3-0 loss to Toronto.

"I don't know what the injury is at this point," Buffalo coach Phil Housley said in Ricoh Coliseum. "We'll know more tomorrow."

Here was the big hit by Borgman that sent Rodrigues out of the game. We'll see if he comes out for the 3rd pic.twitter.com/uCbisNAbko

Rodrigues had an impressive debut Monday, recording two assists in a 3-2 overtime loss to Carolina.

Feel the power: The Maple Leafs had nine power plays. They connected once during the second period to take a 1-0 lead.

Defenseman Morgan Rielly was a one-man show to open the scoring. He spun with the puck in his own zone, sped through center ice and cut to the left faceoff circle. He fired far side to beat Linus Ullmark with 3:23 gone in the second.

Buffalo went 0 for 4 on the man-advantage.

Good night: Toronto's Leo Komarov scored into an empty net with 1:22 to play. William Nylander did the same with 10 seconds to go.

Ullmark does it all early: The Maple Leafs dominated the first period, taking 14 of the 19 shots, but Ullmark stopped everything to keep it scoreless after 20 minutes. Toronto took the opening eight shots and had a 10-2 advantage after 10:30.

Ullmark finished the game with 32 saves on 33 shots. The Sabres had 18 shots.

Better second: Although they gave up the only goal of the second period, the Sabres had an improved 20 minutes. They got outshot, 10-9, and almost tied the game with 1:30 to go. Ryan O'Reilly set up Seth Griffith in front, but Curtis McElhinney got his glove on the shot.

A is for alternate: O'Reilly, Girgensons and McCabe served as the alternate captains for the Sabres, who do not have a captain. O'Reilly has worn an "A" in both of his games.

Counting the house: The Leafs announced a crowd of 8,178 in their minor-league arena.

Next: The Sabres and Leafs will meet again at 7 p.m. Saturday in KeyBank Center, though the lineups could be completely different. If the Sabres simply use Friday's practice group for Saturday's game, fans could see Jack Eichel, Evander Kane, Sam Reinhart, Kyle Okposo, Jason Pominville and Rasmus Ristolainen.

The game will be televised on MSG, though it will be the Leafs' Sportsnet feed. Sabres broadcasters can be heard on WGR-AM 550.

Inside the NHL: A year later, Eichel revels in World Cup memories