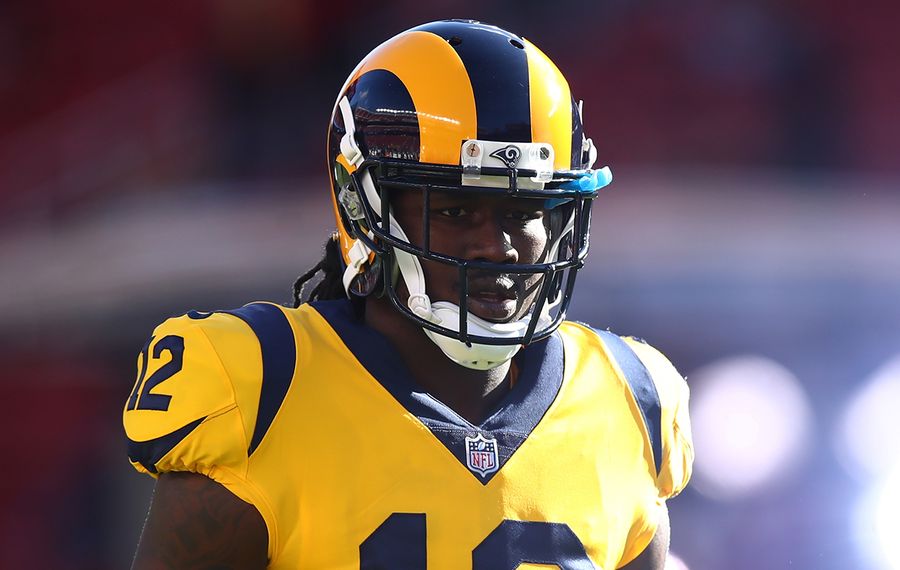 Give Sean McDermott points for candor.

Although the Buffalo Bills' coach said he didn't watch much of the Los Angeles Rams' victory against the San Francisco 49ers Thursday night, he understood the outrage many Bills fans felt seeing former Buffalo receiver Sammy Watkins have a monster game.

"Absolutely, I get it," McDermott told reporters Friday. "Believe me, I get it. And that's hard to watch, from a fan's perspective and, at times, from a coach's perspective."

Watkins, whom the Bills traded to the Rams last month for a second-round draft pick and starting cornerback E.J. Gaines, caught six passes for 106 yards and two touchdowns in the Rams' 41-39 win. Another former Bills receiver, Robert Woods, who signed with the Rams as a free agent, also caught six passes, for 108 yards.

Yet another ex-Bills receiver who departed via free agency, San Francisco's Marquise Goodwin, had two catches for 62 yards, including a 50-yard reception and impressive foot-dragging to stay in bounds on a 12-yarder that was ruled a catch after a replay reversal.

"I'm happy for (Watkins)," McDermott said. "Any time you develop relationships with guys, I'm happy for him. That said, I'm focused on our team. But I'm happy for Sammy and the other guys that went on to have big nights (Thursday) night."

Although the Bills have struggled in their passing game the past two weeks and their new receivers have had issues creating separation and delivering big plays, McDermott insisted he was happy with the current group of pass-catchers.

"Listen, I'm extremely confident in the guys that we have," the coach said. "You do things for a reason and so, I like Jordan Matthews, I like Zay Jones, Andre Holmes and Kaelin Clay and Brandon Tate. These are guys that are making plays and are going to continue to make plays and continue to grow, and I'm confident in those guys."