Nik Rivers has enjoyed plenty of travel, social gatherings and brushes with celebrities during two decades as a radio personality.

Until last spring, he had 50 extra pounds to show for his professional career, too.

Crazy hours, fast food meals and vending machine snacks were part of the mix at stints at stations in New England, Florida, Albany, Rochester and, for the last five years, Buffalo.

"It was easy as you were going to all these shows and events to eat what was in front of you than to go back home at the end of the night and try to cook yourself a healthy dinner," said Rivers, program director and afternoon drive on-air host at WLKK-FM Alternative Buffalo 107.7.

Rivers, 43, of Wheatfield, turned to Buffalo ChiroThin (williamsvilleweightloss.com) after the Super Bowl in February to help change his poor nutrition habits.

"I got tired of going to my doctor every year for my physical and hearing, 'Your problems will go away if you lose some weight,'" he said.

[MORE ON WEIGHT LOSS: Read more local and national stories about how to lose weight in the WNY Refresh print edition, Saturday in The Buffalo News]

Rivers, who is nearly 6-foot-3, weighed 266 pounds when Dr. Shawn Haseley, a chiropractor, and his wife, Sandra, walked him through their nine-week program.

The couple told Rivers to switch to a diet that focused on lean meats, plenty of fruits and vegetables, lots of water – and limited exercise. 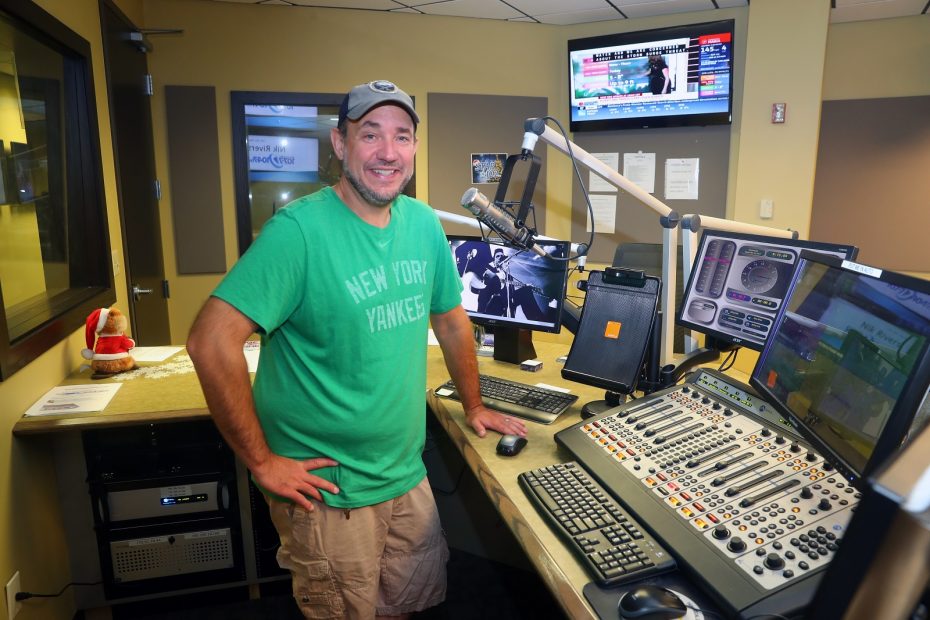 Nik Rivers says the money he spent on his weight loss plan, which was buffered a bit by radio endorsements, worked out better than he thought. "When you're on this program, you're cutting out a lot of the crap," he says. (John Hickey/Buffalo News)

You can't exercise your way out of extra weight if you continue a bad diet, explained Sandra Haseley, director of the ChiroThin weight loss program that Rivers and other clients have used.

"When it comes to weight loss and maintenance, exercise is not a necessary component," she said. "Nutrition is. Nobody should be lethargic. If you're at a desk job we want you up walking 20 or 30 minutes a day. If you want to get strong, really healthy, and have vibrant organs and really good brain activity, put exercise in there but it's not about weight loss and weight maintenance."

Dr. Jason Strotheide, a chiropractor, started ChiroThin several years ago in his offices outside St. Louis.

Haseley – a former softball pitcher at Niagara and St. Bonaventure universities, and mother of four children ranging in age from 1 to 12 – lost 45 pounds while training to lead others through the program.

A combination of real food, abundant water and an all-natural, mineral-amino acid vitamin drop daily cleanses the body of toxins and "triggers a portion of your brain to hunt for stored fat and burn it," Haseley said.

The program costs several hundred dollars, which didn't hurt as much as Rivers feared once he and his wife, who will celebrate their first anniversary this month, started to change their behavior.

"When you're on this program, you're cutting out a lot of the crap," he said. "You're cutting out the processed food, the alcohol, the expensive dinners out. It really was money I was spending anyway."

Rivers, a pizza-and-wings guy, discovered that pouring hot sauce on veggies was a low-cal way to spice up their taste. He started to carry a 24-ounce jug of water to quench his hunger pangs.

He had to contend with more than his poor eating habits, too. He's had five ankle surgeries because of high school and college sports injuries, including a full reconstruction of his right ankle in 2013. It has left him with arthritic chips that must be addressed every three or four years as pain crawls up his legs.

"As I was going into the weight loss, the pain was starting to come back," he said. "I knew I would have to go in within a year and get another scope done. When I lost the weight, it took all the pressure off the ankles and I don't have that pain anymore, which is another blessing. I didn't correlate weight loss to the problems in my feet."

Rivers now weighs 223 pounds – 43 pounds less than he did after the Super Bowl. Most of that weight came off in the weeks after he started his weight loss program. He's lost  several pounds since by eating a healthier diet during the week, and treating himself – a bit – on weekends.

"It was learning how to portion it out," he said. "Beforehand, when I was watching a game, I could eat half a pizza and a dozen wings. When you go on a diet and lose this much weight, you can't eat as much anymore. Now, I'll watch a game it's down to two or three wings and one slice. It's moderation."

Rivers said he is sleeping better. He has more energy. He drinks a coffee in the morning but no longer a pick-me-up cup in the middle of the afternoon.

"I'm rolling right through the end of the day, which is great."