August's solar eclipse was a rare phenomenon. It was a day we all stood together, in wonder.

Folks gathered at the Buffalo Museum of Science, at Penn Dixie Fossil Park & Nature Reserve, at observatories, outside planetariums, and at fields out in the country. People who couldn't get away simply went out on the street. Everyone asked questions, shared viewing equipment, and basked in the strange sight in the sky.

Mark Percy, who runs the planetarium at Williamsville North High School, spent the day in Kentucky, where you could see the total eclipse -- not just the partial eclipse, which was visible over Buffalo. Returning home, he was struck by the warmth the sight had generated.

"One thing I’ve heard over and over about the eclipse is that people just really came together that day," he said. "The crowds at the Science Museum -- everyone was talking and having fun. There was no politics. There was no fighting. That's the same as I experienced where I went, in Kentucky. The event brought everyone together." 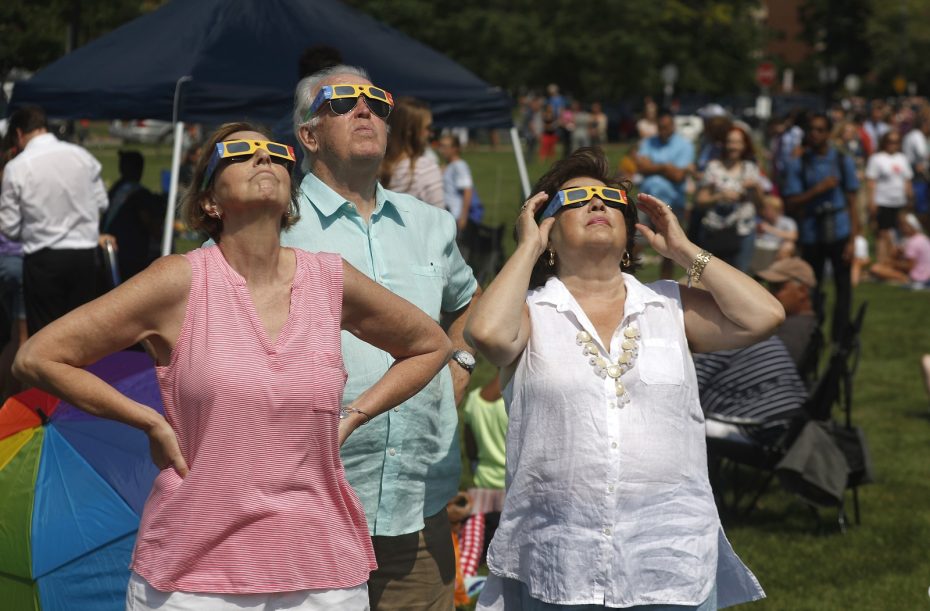 What if we could keep some of that feeling going?

As any experienced astronomer will tell you, there is always something impressive or mysterious going on in the sky. And Western New York brims with opportunities to get together with other people, and marvel at it together.

Curiosity about the heavens comes naturally, pointed out Alan Friedman of the Buffalo Astronomical Association.

"When you’re a kid, we used to hang out with our friends, lie on our backs and look up at the sky, and think, 'Man, infinity is really big,' " Friedman said. "To get back to that age of wonder is a nice thing to do. To think of things that are bigger than our everyday worries."

The Buffalo Museum of Science is a good place to start.

The day of the eclipse, the museum unveiled "Buffalo in Space," an exhibit that acquaints you with the heavens from a local perspective. It heralds the spring 2018 reopening of the the museum's Kellogg Observatory, complete with its restored 1929 telescope.

"We choose content intentionally for all ages, so many of our activities are good for adults," said Marisa Wigglesworth, the museum's director. 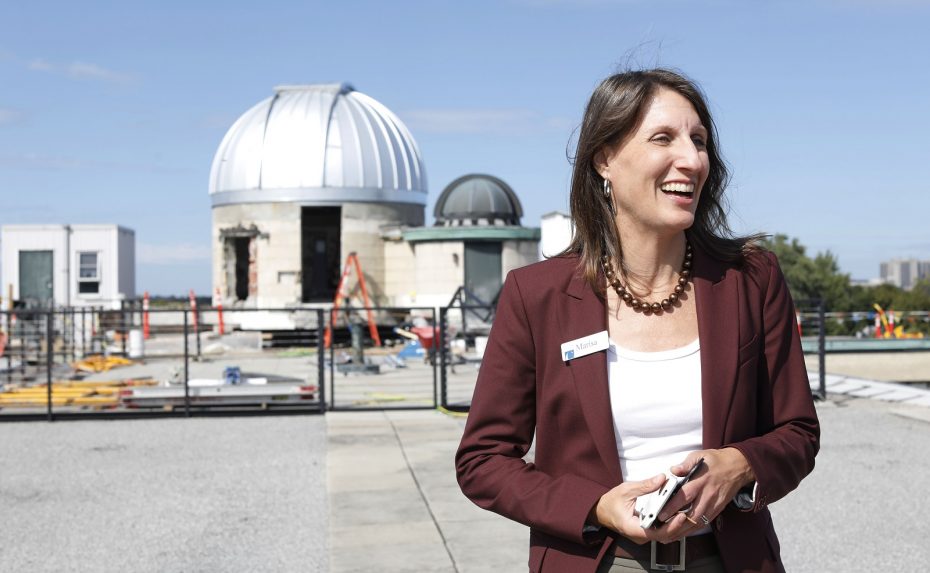 A tableau of the Buffalo skyline orients you to the relative sizes of the planets of our galaxy. A nearby display -- described, tongue in cheek, as "tediously accurate" -- challenges you to track the distance between planets, using Bills fields or Metro Buses as measurement. You swipe the screen to "travel" from planet to planet.

To think that we can see them from here.

You might picture astronomy as a lonely pursuit -- an isolated figure with a telescope, in a dark field far from city lights. And that's sometimes the case. Apps like Sky Walk and Nite Sky Lite can help you recognize what you see.

But stargazing is great in groups. The Buffalo Astronomical Association works closely with the science museum, running most of its astronomy events. The group also holds public observation nights out in the country from May through October.

"The Buffalo Astronomical Association, they're super-willing to share with the public," said Percy, of Williamsville North.

"It's a hobby that does tend to be very solitary, being in the middle of nowhere in the middle of the night, so whenever there's an opportunity to be in the middle of a crowd, they eat it up like candy. Come look through my telescope!" He laughed. "One thing I'll tell newcomers, don't buy a telescope. Just go to BAA night, because anyone who is already a member will be thrilled to share equipment and tell you all about it."

The amateur astronomers also have a tremendous amount of expertise.

"All of these men and women who volunteer to do astronomy have day jobs," said Phil Stokes, executive director of Penn Dixie. "They are just as knowledgeable, if not more knowledgeable, than astronomers I used to work with at the University of Arizona. It reminds me of Pokemon -- you can ask a kid what can this character do, and they can tell you. They have professional working knowledge of stars that’s really valuable." 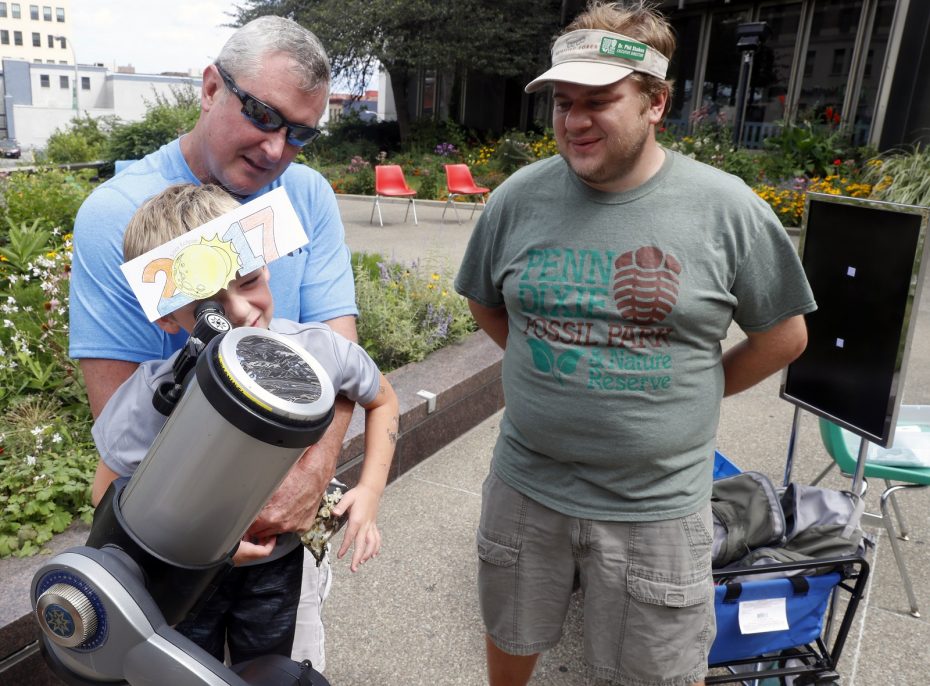 "Amateur" comes from the Latin word for "love," and Stokes said that the BAA's astronomers live up to the name.

"One of them is an engineer at Moog, another is a Buffalo police detective," he said. "These guys put in more than 60 hours a week, and they make time for this."

Friedman, who by day is executive director of Great Arrow Graphics, is a case in point.

"To me, it’s a very compelling thing to enjoy the natural world around us under magnification with a telescope," he said. "There are a lot of very beautiful experiences to be had visually and aesthetically as well as the scientific wonder of it all. It’s not hard to get into it. There are a lot of people with fascination with it, who want to know more."

He encourages folks curious about the sky to join the BAA at its observatory in North Java.

"We have a building with a 20-inch telescope in it," he said. "It's beautiful to go in the late afternoon, walk the trails, bring a picnic dinner and hang out with us as long as you want to stay." 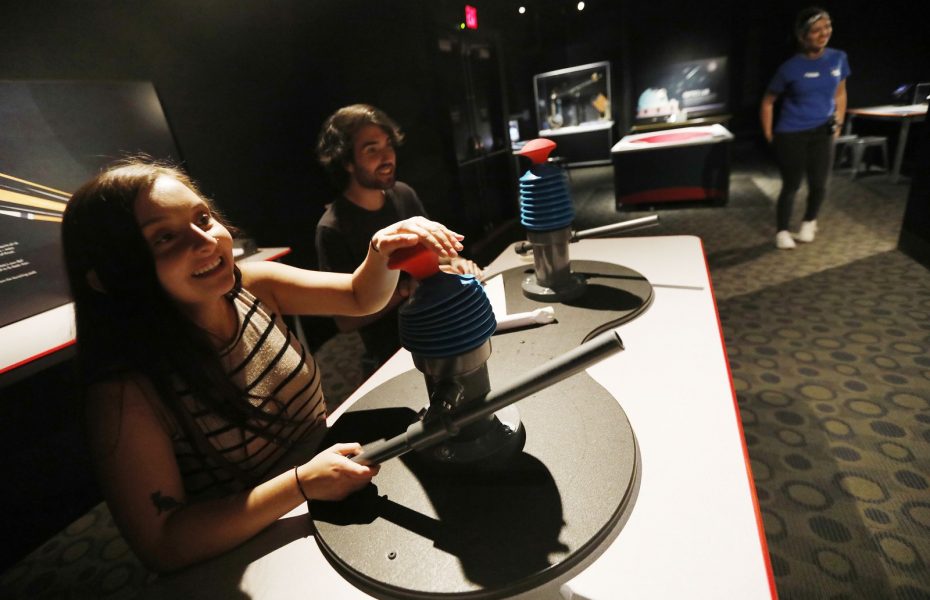 Miquela Chudy of Fredonia and Matt Walker of Buffalo fire paper air rockets at the launching station in the new space exhibit during a visit to the Buffalo Museum of Science. (Derek Gee/Buffalo News)

Few folks can resist a telescope. Stokes set one up in July at the Great Blue Heron music festival, and couldn't believe the response.

"It was a totally social thing," he said. "Groups of people were looking through it and going back to the music, and then different people would come and say they'd heard a telescope was set up. I said I'd be there from 9 to 11 p.m., but then kept going into the early morning. Finally I had to call it a night."

On a clear night you can always see something interesting. The eclipse was rare, but other sights are dazzling in their own right.

"To show Saturn to a group of inner-city kids for the first time, it's incredible," Friedman said. "It really is a life-changing thing to see a star that anyone can see in the sky, put a little magnification on it, and all of a sudden it has rings, it has a shape."

Saturn, with its dramatic rings, seems to encapsulate the romance of astronomy.

"Seeing Saturn is just magical," said Percy. "This past summer in July I was working with a group using a telescope. And you can tell when people fake it. They come away from the telescope and say, 'Oh, OK, I saw it.' And I say, 'No, you didn't.'

"When they get it in focus, they always go, WOW!"

The sky show inside in a planetarium has its own "wow!" factor. A planetarium can operate year round, offering the chance to see stars when clouds move in, or it's too cold out to set up telescopes.

The renovated Williamsville planetarium has deluxe seating and a state-of-the-art hemispheric projection dome. 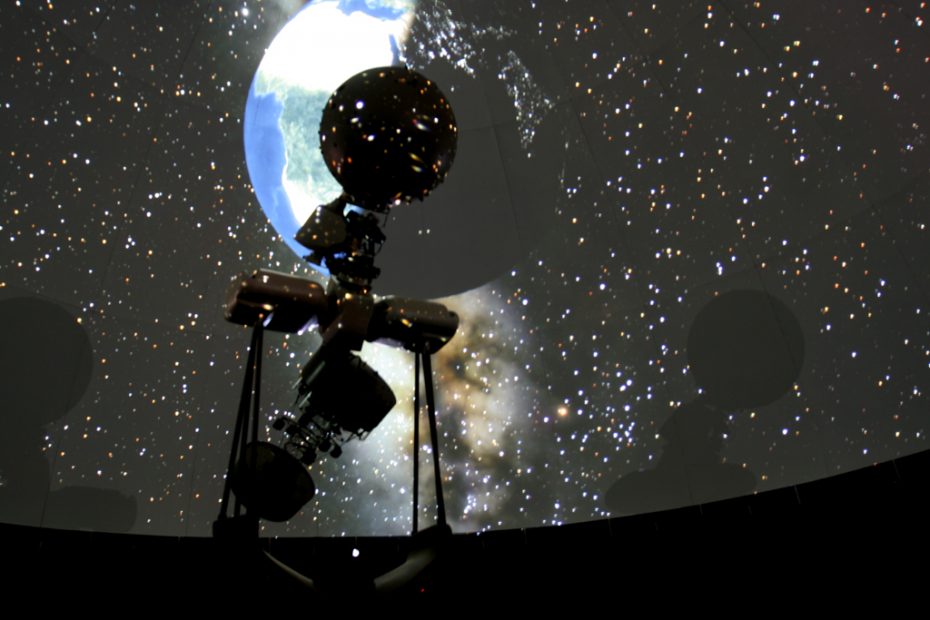 Buffalo State's Whitworth Ferguson planetarium is a temporary inflatable model, as the college awaits the opening of its new planetarium several years from now. But with its small size -- it seats just 26 -- it makes you feel close to the stars, and to your fellow viewers. It has played host to weddings and birthday parties.

"Coming to the planetarium is a social thing," said Kevin Williams, who oversees the Buffalo State planetarium. "You get into conversations with other people. People ask questions."

It's magical when the stars come out. Williams flicked a switch, and the constellations appeared in all their Grecian glory. Space films narrated by the likes of Liam Neeson and Ewan McGregor can help you learn what to look for when you're outside. 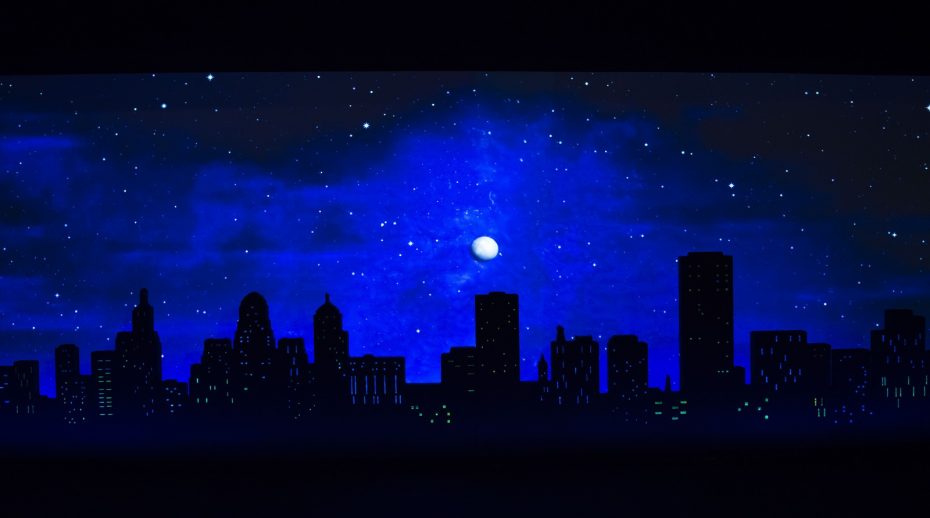 A Buffalo skyline is the setting for an interactive display at the new space exhibit on the fourth floor of the Buffalo Museum of Science. (Derek Gee/Buffalo News)

As is also the case at Williamsville North, the party often moves outside after the show.

"Depending on the time of year, we'll bring telescopes," Williams said.

Don't be surprised if those telescopes come out even in the deep mid-winter. Stokes, of Penn Dixie, recalls an astronomy event this past March when it was 28 degrees.

"Our astronomers love the winter because when it’s clear, they’re free of particulates," he said. "The summer kicks up a lot of dust when the wind blows. In the winter the ground is usually covered in snow, and when you look at the sky, it's crystal clear. Astronomers love that time, but it’s more comfortable in summer when you can be in shorts and a T-shirt."

Whatever the temperature, the folks gazing up through telescopes have got their love to keep them warm.

"It’s really incredible," Stokes said. "The eclipse was a great example of people of so many backgrounds, so many walks of life, coming together to be in awe of space and science. I wish we could capture more of that feeling, not just in our organization, but in life."