For nearly half a century, no one has seen the vintage bicycles and rare bike memorabilia that Jim and Mary Ann Sandoro collected.

That includes the 1886 Columbia high-wheel bicycle the couple bought for $325 in 1970 at a flea market outside of Cleveland.

Since then, the couple kept acquiring vintage bicycles made between the 1860s and 1920s, especially models connected to Western New York.

The Sandoros founded and built the Buffalo Transportation/Pierce-Arrow Museum, but its focus has been on automobiles and more recently, the Frank Lloyd Wright Filling Station.

That changes Saturday, when the museum at 263 Michigan Ave. displays the couple's bicycle collection and the bikes they purchased in 2013 from the former Pedaling History Museum in Orchard Park.

"We have been collecting bicycles and bicycle memorabilia for nearly half a century," Jim Sandoro said. "With the acquisition of the Carl and Clary Burgwardt collection, we can finally put it on display for all to see." 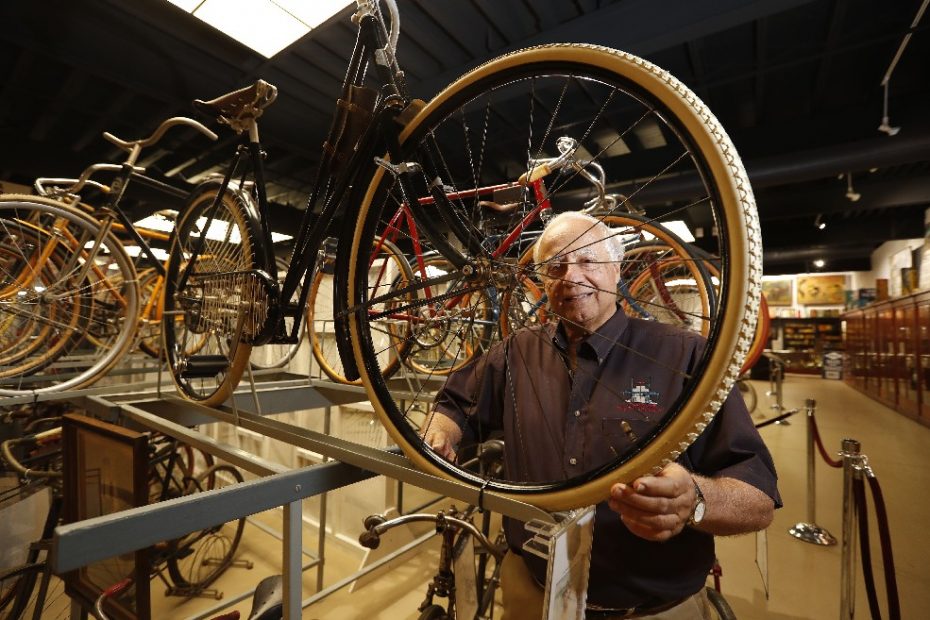 The bike purchased outside of Cleveland had giant front wheels, little back ones and a tiny seat up so high it was nearly impossible to get on and off.

Jim Sandoro rode that British-made bicycle a couple of years later from Buffalo to Erie, Pa.

"In the old days, they used to pedal from Erie to Buffalo because they knew better," he said. "Like idiots, we didn't think about the wind and we rode right into it. My butt has never been the same since then, honest to God. It was 16 grueling hours."

The museum, with help from the Margaret L. Wendt Foundation and the John R. Oishei Foundation, paid more than $100,000 for all of the locally produced bikes in the Orchard Park museum before the collection was auctioned off. Sandoro gave the late Carl Burgwardt his first ride on a high-wheel bike, which he said started his friend on bike collecting.

Clary Burgwardt told Sandoro she wanted as much of the collection as possible to remain in Buffalo.

"Carl and Clary spent 20 years of their life collecting these pieces from all over the country," Sandoro said. "Joining our collection with theirs is an opportunity that only comes along once in a lifetime."

The Orchard Park collection includes an 1896 Companion tandem bicycle, with one rear tire between the two riders; an 1899 Tribune bike that Mile-A-Minute Murphy used to outrace a locomotive; a Chautauqua bike produced by the Larkin Soap Co.; and an 1897 miniature bike with training wheels used by a 2-year-old boy in his father's sales window at Globe Cycle Co.

An 1895 railroad bike meant to be ridden over railroad tracks is on display, resembling a piece of farm equipment more than it does a bicycle. Sandoro once rode the bike on railroad tracks behind the museum, going 25 miles per hour, he said, along the "circus spur" that leads to KeyBank Center. 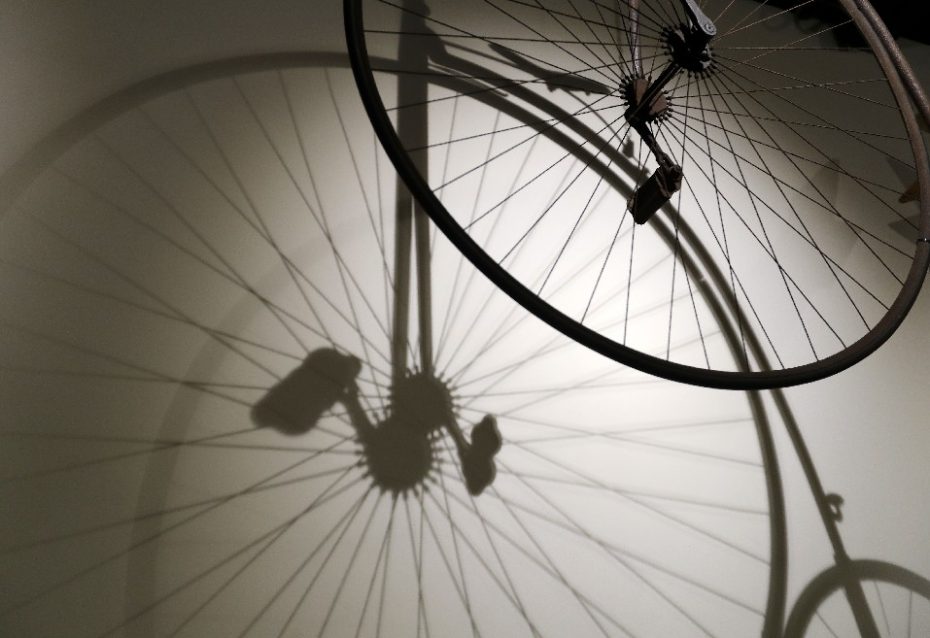 A high-wheel bike is one of the many bicycles and memorabilia on display at the Buffalo Transportation/Pierce Arrow Museum in Buffalo. (Mark Mulville/Buffalo News)

A Triplicate on display helps tell the story of Marshall Walter "Major" Taylor, said to be the first professional African-American athlete in the United States. He was a national and international racing champion at the turn of the 20th century.

Sandoro's collection includes advertisements, like the one for Buffalo Cycle, which also had an office in Buffalo; wooden shipping crates for bikes from a century ago, and bikes made by the Geo. N. Pierce Co., which were manufactured from 1891 to 1918. It was one of dozens of Western New York bicycle manufacturers.

"They were the premier bicycle manufacturers in the country," Sandoro said. "The quality and uniqueness was top notch. Pierce shaft drive bikes are one of the most sought after in the country, and and we've got about 10 of them."

Bikes with shaft drives were an important advancement for women, he said.

"Women wouldn't get their petticoats caught up in the greasy chain, and you didn't need the guard, which gave a new freedom to women," Sandoro said. "They sold thousands and thousands of bikes because of that."

Sandoro said that he likes the memorabilia – from medals and trophies to sculptures and signs – because they're often rarer than the bicycles themselves.

Among Sandoro's favorites: Bronze sculptures of muscular bicyclists racing on high wheels; an original bicycle policeman's uniform made by Pierce for the Pan-American Exposition; and a collection of lithophane steins, with images of bicyclists visible on the bottom.