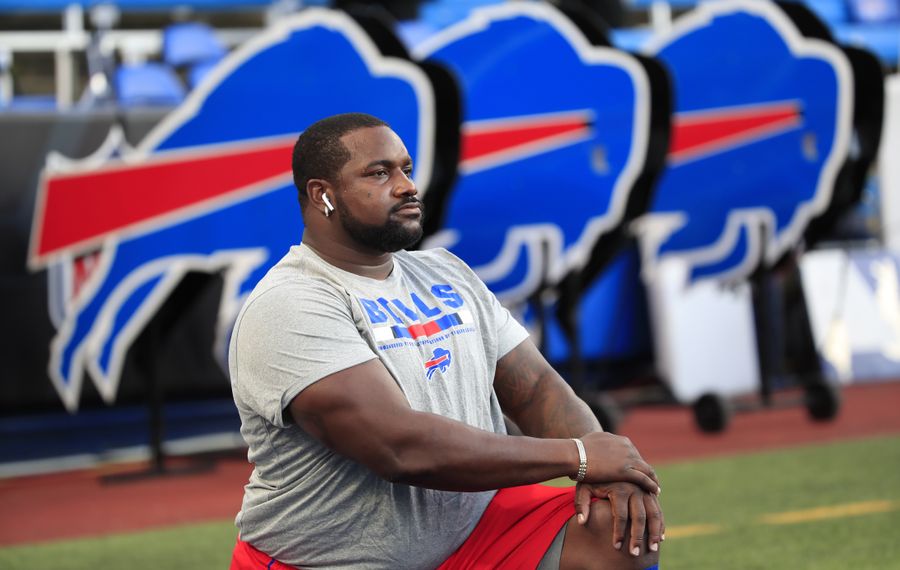 Defensive tackle Marcell Dareus continues to be bothered by the right ankle problem that caused him to miss a large chunk of the Buffalo Bills' loss against the Carolina Panthers Sunday.

Dareus did not practice Wednesday, and coach Sean McDermott was uncertain about the defensive tackle's availability for Sunday's game against the Denver Broncos.

"I am concerned," McDermott said. "It's day-to-day at this point and we've got to make sure that we have a contingency plan in place."

Dareus worked on the sidelines while wearing a boot-like brace on his ankle.

With Jerel Worthy still in concussion protocol, the Bills decided to add to defensive tackle by re-signing Deandre Coleman Wednesday. The other healthy players they have at the position besides starter Kyle Williams are Adolphus Washington and Cedric Thornton.

Offensive tackle Cordy Glenn also missed Wednesday's session with an injury to his right foot. Glenn had been bothered by left ankle and foot soreness.

Defensive end Shaq Lawson was held out of practice with a nerve contusion in his right foot, but, McDermott said he was "confident at this point that he's really on a day-to-day basis. The progress that he made from the weekend up until (Tuesday) has been significant, so we're encouraged by that."

Running back LeSean McCoy and linebacker Lorenzo Alexander each received the day off from practice, while defensive tackle Jerel Worthy continues to be out with a concussion.