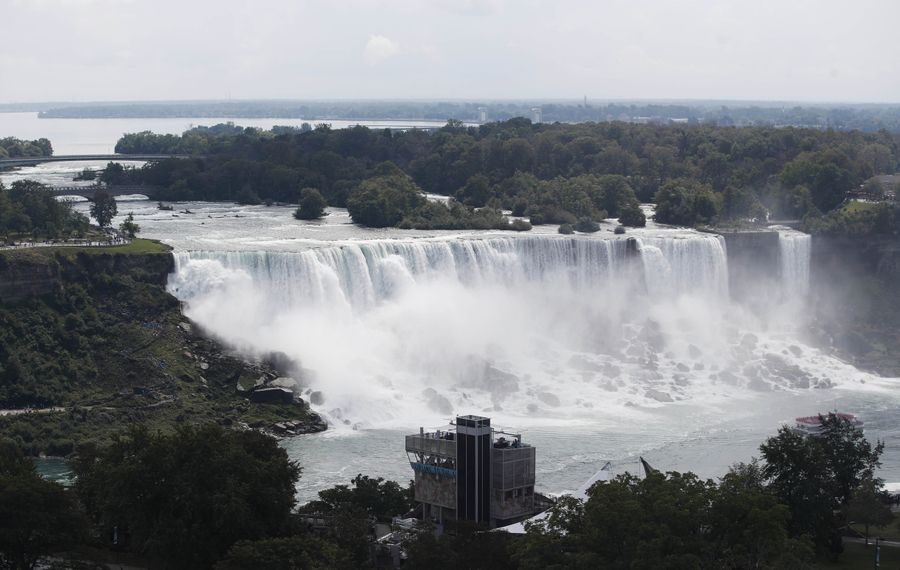 Lockport’s good news is a reminder of what Niagara Falls should be doing and isn’t. At least, not enough of it. It’s crazy that both Lockport and Niagara Falls, Ont., are able to move ahead on tourism development, but that on this bank of the international river, things can’t seem to happen very quickly.

It’s not that there haven’t been developments in Niagara Falls. There have been, largely because of the attention of Gov. Andrew M. Cuomo, and more may be in the offing, including one to deliver the zipline attraction proposed more than three years ago.

Both Niagara Falls, Ont., and now Lockport have opened zip lines, appealing to a type of tourist that should a natural for this region. It’s good to see Lockport building on its assets, including the Erie Canal locks for which it is named. But in Niagara Falls, N.Y., a city with one of the most recognizable names in international tourism … not so much.

Where, for example is the promised permanent attraction spinning off Nik Wallenda’s high-wire walk over Niagara Falls in 2012? What happened to that? A stone monument marks the place where the walk began, but that’s it.

Niagara Falls needs to do better. The waterfall is its claim to fame and tourism is its calling card. While attractions seem to multiply across the river, the city in New York plods along, and sometimes doesn’t even do that. A few years ago, a majority of the City Council publicly voted to hinder construction of a new hotel, even though a deal had already been struck.

Indeed, without Cuomo’s prodding, not much might be happening at all. But, with money from the Buffalo Billion at play, there are a number of good things happening in Niagara Falls. Think of them as a start, though, not a finish.

For example, earlier this summer, the state issued a request for proposals “to establish, operate and maintain a program of outdoor recreation activities” within four state parks and on state-owned land along roughly 11 miles of the Upper and Lower Niagara River.

USA Niagara Development Corp. issued the RFPs, which are due today. The activities would include:

• Fixed rappelling facilities, particularly in the vicinity of the former foundation wall of the old Schoellkopf Power Station.

• One or more Niagara Gorge canopy/zip line tour routes – “provided they are sensitively incorporated into/camouflaged by the landscape.”

• Trail maintenance/gear rental for cross-country skiing or other winter sports.

• One or more “grand lodge” or heritage inn facilities.

Albany is also spending millions of dollars to improve the state park on Goat Island. It is resculpting the Niagara Scenic Parkway – formerly called Robert Moses Parkway – above the falls and is in the process of yanking it out below the falls, where the road blocks residents’ access to the river.

These projects will help not only to bring tourists to Niagara Falls, but to persuade them to stay a while. As it stands, most visitors spend less than a day here before decamping – often, we suspect, to the sister city across the river.

To that end, the Discover Niagara Shuttle takes visitors around the area, encouraging them to explore beyond the falls. That project was begun last year by several organizations, not including the City of Niagara Falls.

This year, though, the city is helping to fund the shuttle, as are the Town of Lewiston and Niagara University. That’s a good sign, given the two questions that Falls proponents need to answer.

The first is whether, like Buffalo, the city is prepared to build on these developments. Momentum is easier to maintain than it is to recapture.

The second, closely linked to the first, is what will happen when the state has a different governor? Cuomo has been a friend to Western New York in a way no other governor in memory has been. He won’t be in office forever. Then what?

This is Niagara Falls’ moment to plan for the future and to make sure that it leverages its current good fortune and doesn’t, as it has in the past, squander what ought to be a sure thing.