It took almost two hours for Brian Goldsmith to get to New Era Field on Sunday. But he didn’t get stuck in traffic.

Goldsmith, 31, ran 15 miles from his home in North Buffalo to the stadium, starting what he hopes will be an annual “Running of the Bills” tradition.

Paul Szablicki, 43, joined Goldsmith in South Buffalo and ran with him for the final 7.5 miles, something he has done before a handful of times.

“I finally found someone crazy enough to do it with me,” said Szablicki, an employment specialist who logged 32 miles over the weekend as part of his training for the Charlotte Marathon in November. 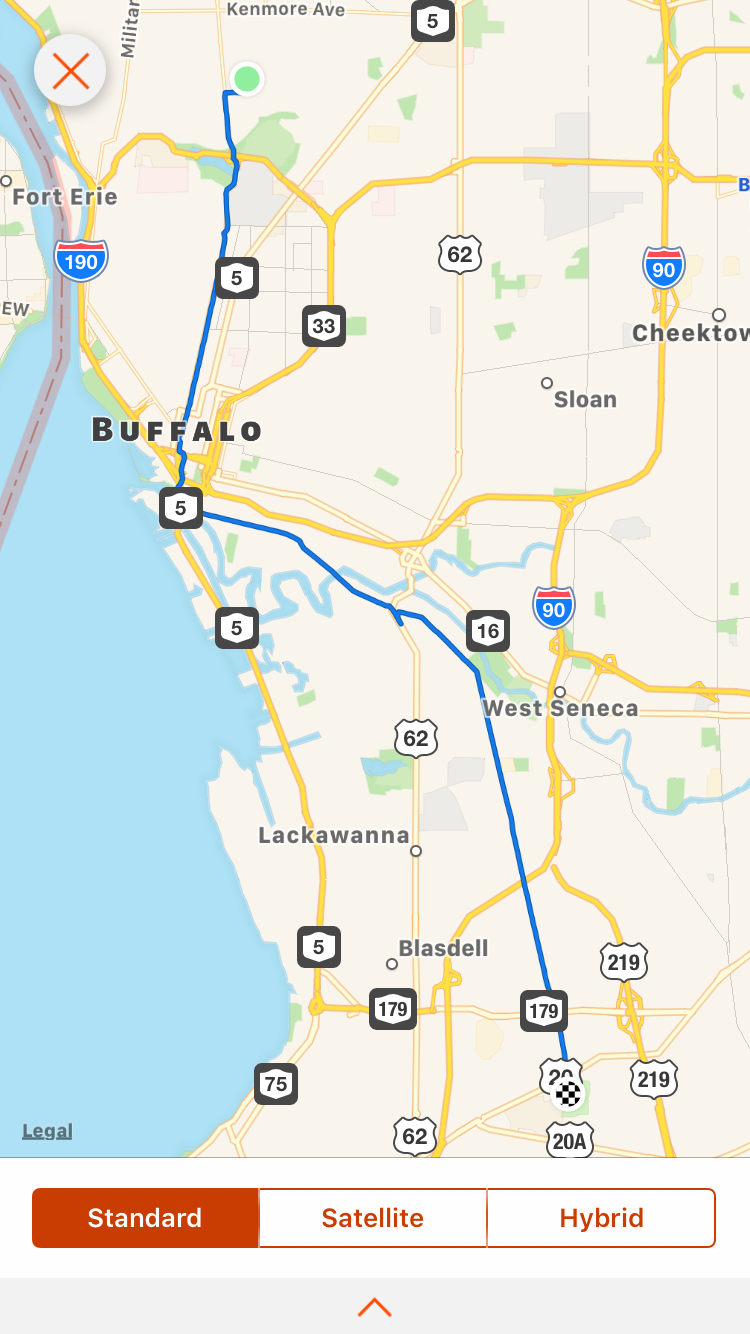 Goldsmith, a 2004 Kenmore East High School graduate, played one season of college football at Chapman University, two years of rugby for the University at Buffalo, and six seasons of professional indoor and semi-pro outdoor football for local teams.

He is now on the USA Triathlon team, and he will head to Rotterdam, Netherlands this week for the ITU World Triathlon Grand Final.

Goldsmith left his house at 7 a.m. Sunday and finished his run — which was almost two miles longer than a half-marathon and the equivalent of nearly five 5Ks — in 1:55:12.

“It was awesome,” Goldsmith said. “The weather was incredible. It was pristine running conditions. It was really cool getting down Abbott Road. As you got closer to the stadium, you got more fans, and people were starting to cheer and high-five.”

[Bills Tailgate Report: Spikeball, the New York Regrets and a dog in a tutu]

Upon arriving at the stadium, Goldsmith and Szablicki joined up with friends tailgating in the parking lots “to recover and refuel,” Szablicki said.

Neither was able to stay for the game.

Szablicki didn’t have a ticket and ran back home once the parking lots cleared out.

Goldsmith, an outreach coordinator for Fleet Feet Buffalo, took an Uber home because he had to work at noon.

It was the first time since 2004 that Goldsmith didn’t attend the home opener, but he was thrilled to make an appearance beforehand.

“I pledged to do this before I got my work schedule so I wasn’t going to back out,” he said. “I’m planning to do it again next year, and hopefully a bunch of people will do it with me.”