It's deja vu all over, with One Seneca Tower.

The building's Washington-based owner changed his plans for the mammoth redevelopment project yet again – by scaling back a couple of new secondary buildings, and introducing small kiosks for retailers.

Douglas Jemal, owner of Douglas Development Corp., still seeks to rejuvenate the empty, wind-blown plaza level by introducing more than 100 apartments and lots of retail and restaurant space to the area surrounding the tower complex.

Those plans called for converting the multistory South and West annex buildings for use by residents and stores, then adding two new buildings on the plaza, as well as a wind screen and landscaping. 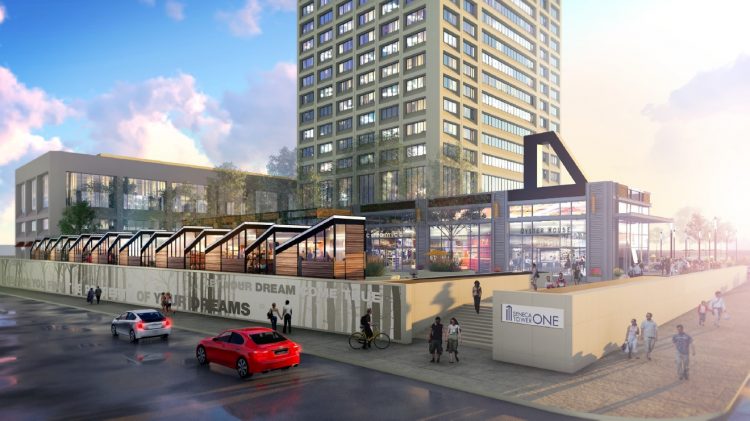 Jemal already added a second phase and reconfigured his project a couple of times, and the crews have already been working on asbestos remediation and initial demolition work inside the West Annex, in preparation for beginning construction. Building permits have been issued. And construction is expected to start in the fall, with 12 months to completion.

Now, a desire to maintain the momentum on the fast-moving project prompted Jemal and his team to make new changes, according to attorney Adam Walters of Phillips Lytle LLP and architect Elizabeth Fuller.

In plans unveiled Monday at a Buffalo Planning Board meeting, Jemal is reducing the size of his proposed new four-story apartment building on the plaza back down to the one-story retail space that he started with for that site. He's also shrinking the footprint or shape of the new retail building to 8,000 square feet from 10,000, pulling the sides in by 6 feet to provide more space on the plaza level for landscaping and an outside seating area for patrons. It will have a covered walkway leading to the tower entrance.

He's shifting the apartments planned for that building back to the South Annex building, where they had originally been, along with retail space on the ground floor. A second, one-story retail building will be condensed to 3,500 square feet from 4,000 square feet, again giving more room outside for seating.

The South Annex building will have 37 apartments on its third and fourth floors, each of which are about 30,000 square feet in size, instead of a food court and kitchen.

In all, he proposes 137 apartments between the South and West annex buildings, which are connected on the upper floors and adjacent to the tower. That's down from the original plan of 183 and reduced from 142 a few months ago.

He's adding a new feature: seven small kiosks of about 434 square feet each, lining the east plaza edge along Washington Street across from Coca-Cola Field. 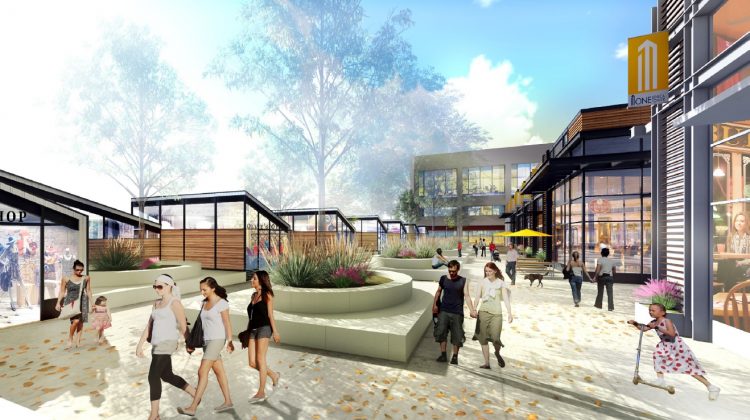 The kiosks aim at smaller businesses or "pop-up" shops that don't need or can't afford the larger spaces in the main building, which are more targeted for national retailers. They'll be accessible from the plaza.

"The owner understands the experience on the plaza is an important part of the success of the project," said Fuller, of Antonovich Associates.

The new plans call for some changes in facade materials for the exterior of the two new buildings and kiosks.

Fuller said the changes stem from several factors, including a desire to avoid complications from the existence of the parking garage underneath the tower, which is leased by the city until 2022.

If Jemal proceeded with a four-story building on the plaza, he would have had to introduce an elevator shaft for it into the ramp below.

But from discussions with city officials about parking rights and the transfer of the ramp, "it became clear it was going to become a complex and lengthy process," Walters said.

"The project is moving along very quickly," the attorney said. "He does not want to wait two years to work out the details ... He will tolerate many things, but not delays." 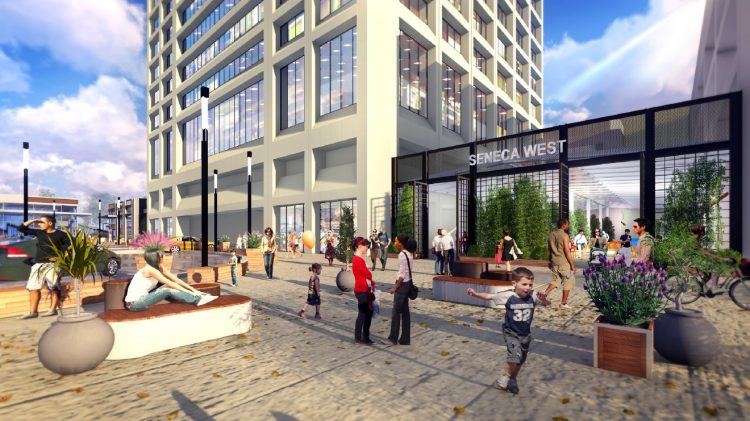 Planning Board members determined the changes were significant enough to warrant a new public hearing in two weeks.

"This is a lot of change on the site, and in deference to the process and in fairness to maybe that one person who finally wants to show up and comment, we should have a public hearing," vice chairwoman Cynthia Schwartz said. "You want the process to be pristine."