With the push of a button, the Buffalo Police Department will soon usher in a new era of high-tech law enforcement and greater transparency with the community.

Around mid-September, the agency plans to select which body-worn cameras its police officers will test. Fourteen vendors from around the country have offered to take part in a pilot program – a first step toward equipping all 500 patrol officers in the Buffalo Police Department with body cams.

The police expect to try out three to five models of body cams before deciding which kind would work best. Then the Buffalo Common Council would decide whether to go ahead with the program – and buy the equipment and software and hire staff, all of which would likely cost millions.

In the meantime, police officials have ironed out a draft policy on body cameras that The Buffalo News reviewed. Lt. Jeff Rinaldo, who is in charge of special projects for the Buffalo Police Department, said he expects the policy will be amended as patrol officers put the cameras to actual use. Some police officers are wary about cameras, he said, but with so many people carrying smartphones capable of recording video and even broadcasting footage in real time, the police administrators believe body cameras would provide an objective record of an incident.

"You're already being filmed," Rinaldo said. "I'd rather be the producer than an actor."

The draft policy, modeled using national best practices, reveals how Buffalo police plan to use body cams and the thorny issues they can raise.

How do body-worn cameras work?

The cameras record audio and video on a device the size of a pager that is generally worn on the chest. The person wearing the device controls when it's turned on and off. The cameras are not on continuously. They don't broadcast live. The footage needs to be downloaded at the end of the day.

Who will use body cameras and in what situations?

A group of about 15 police officers will be part of the pilot program. They'll likely be second-shift officers who work in the afternoon and night so that they can test the cameras in both daylight and dark.

If the city goes forward with a body cam program, all 500 uniformed officers assigned to the Patrol Division would be required to wear them while on duty. They would be required to turn them on when engaging in any kind of law enforcement activity, such as calls for service, traffic stops, arrests, when serving search warrants, investigations and interactions with confrontational citizens. 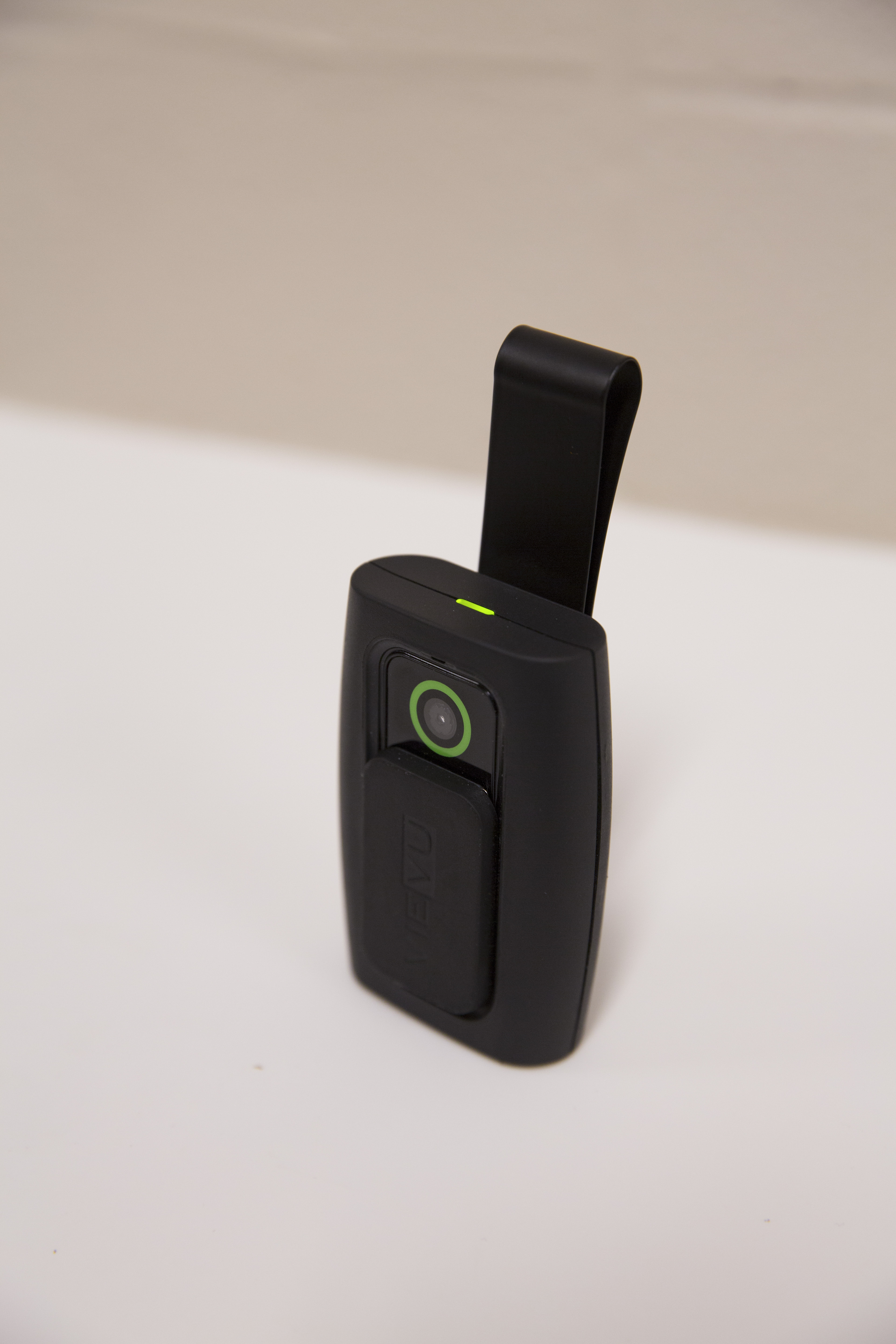 This is a body camera that the New York Police Department announced its officers would wear in a test program beginning in 2014. (Ozier Muhammad/New York Times)

Yes, officers won't have to turn on the cameras if there's an immediate threat to an officer's safety or if turning it on would delay an officer's response to protect the safety of a citizen or fellow officers. If a police officer fails to record an incident or if the camera malfunctions during an incident, the officer must fill out a form explaining why, and that's reviewed by a supervisor.

Can the public see the videos?

The videos would fall under the same Freedom of Information Law rules as other police records. Under that law, if release of the video would interfere with a law enforcement investigation or judicial proceeding, the police can withhold the video.

Also, a record would be kept of everyone who looks at a video.

When are police officers barred from recording?

There are many situations where officers aren't supposed to record, such as when speaking to a confidential informant or an undercover officer. Cameras wouldn't be allowed to be turned on in locker rooms, bathrooms, churches or hospitals, unless the officer is involved in some of sort of enforcement or a suspect is present. A victim or witness can ask an officer to turn off a camera. Officers are also supposed to avoid having the cameras on around people who are unclothed.

How will the video footage be stored?

All video would be kept for a set period of time, something like six months to a year. That hasn't been set yet. If the video is considered evidence in a case it would be maintained until the DA's office no longer needs it. Any video related to an internal affairs investigation or a report about a use of police force would be stored for a longer period of time.

Can the videos be edited?

Only the administrator of the program would be able to delete video and only if it is not considered to be evidence. Officers will not have the ability to edit, alter or delete video. Supervisors would have the ability to redact images – for example, if there is a juvenile in a video, there's software available that would blur the child's face to protect his or her identity.

What are the ways the videos can be used?

Body cams would be used to gather evidence and provide an objective record of an incident. They can be used as evidence in a criminal case, to review a situation where a police officer used force or to investigate allegations against an officer.

Are there situations where they can't be used?

While the videos would be used as part of an internal affairs probe and use of force case, supervisors wouldn't be allowed to randomly search through an officer's videos for disciplinary reasons.

He commended the Buffalo Police Department for exploring the use of the cameras. Of the policy, Cohen questioned whether police really wouldn't be able to turn on the camera in an emergency situation. "I can't envision scenarios where those would be realistic concerns," he said. "They'd better be able to prove it."

He also raised concerns about the administrator's having the ability to delete video "without a civilian review board or judicial order."

De'Jon Hall, who was a research assistant on a recent study by the University at Buffalo and Cornell University that looked at traffics stops and other practices by the Buffalo Police Department, said body cameras can bring more accountability to police and improve trust with the community. The study led to a federal lawsuit filed late last month accusing the department of racial discrimination. "What matters here is the policy around the cameras," he said.

Hall called for an independent board that would be able to review the videos, and he also believes that there needs to be clear disciplinary actions spelled out for officers who fail to record incidents that should have been on camera. "It's very important that the people have some bit of accountability over those that are meant to protect and serve," he said.

The cost of body cams

Over the next couple of weeks, police officials, including those who already work with surveillance cameras and other video technology, as well as representatives from City Hall's purchasing and budget offices, will review and score the proposals from vendors. Three to five of the top choices will be tested in the pilot program by Buffalo officers, for a month to 90 days.

Then comes the hard part: the cost. During testing, vendors would provide the cameras for free. But equipping the entire patrol division, storing all of their video, hiring people to administer the program and maintain the equipment software will likely cost the city millions.

The police want to make sure that they're buying a quality product that isn't going to become obsolete. The New York Police Department is currently replacing 36,000 Microsoft cellphones it bought for its officers because the company is discontinuing them.

"A lot of departments jumped in a little early," Rinaldo said. He wants to make sure Buffalo doesn't end up in the same situation.

Then there's the expense of storing all of the video footage.

Each officer is expected to produce about 2 gigabytes of data per shift, Rinaldo said. Storing that data could cost $50,000 to $60,000 per month.

The Buffalo Police Department would also have to assign one supervisor to oversee the program – a full-time job – plus have three or four assistants. The total cost just for the first year would easily be more than $1 million. The decision to spend that money would come down to the Buffalo Common Council.