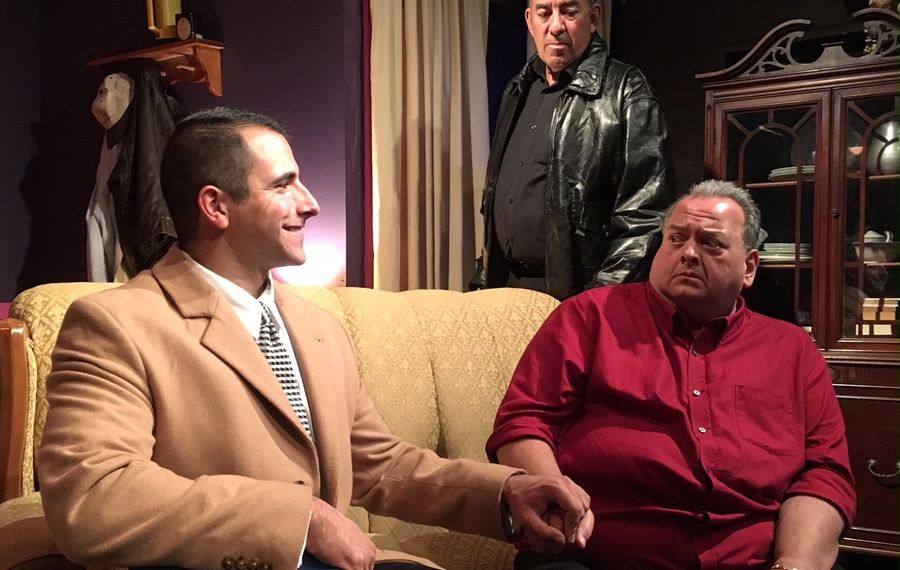 ART of WNY, Matthew LaChiusa’s “diamond-in-the-rough” tiny acting space in Buffalo’s Black Rock, has opened its 11th season with a Drew McCabe-directed production of local playwright Mark Humphrey’s latest work, “Roommates.” McCabe loves the several sides of this new play, calling it “serious, darkly comedic and provocative.” Full of twists and turns and hinting of menace, the play is all of the above.

Humphrey is the perfect playwright to open ART’s season. His plays have done very well in the area over the years including “Mr. Benny” with the acclaimed Tim Newell, and the recent “Little Robert,” a sad and melancholy bio of blues legend Robert Johnson. That makes Humphrey a known commodity and a storyteller. His crisp and real writing has direction, with wide appeal on topics of interest and his characters are worth an audience’s time.

“Roommates” wastes not a moment in getting to the situation at hand. We meet Paul (played by Michael Starzynski), alone in a shabby apartment, vintage couch, faded décor, surroundings that belie his downtown job: he’s a big-time investor and high roller. Oh, and he has a problem.

Paul has hit hard-times but keeps up appearances - a penthouse pad, the clothes, the car, the contacts. But, he’s into poker, huge games - a “disease,” he says - and he has amassed debts galore. He gazes into an empty portfolio and is wary of knocks on the door.

Raising the curtain on the 2017-18 theater season

To finance his habit, Paul first skimmed from his client accounts, then the borrowing turned into outright theft. One of his scams caught the interest of a victim’s grandson, a hood named Elliot (Brett Klaczyk) who demands $10,000 and change by tonight or, at the latest, tomorrow. Uh, oh. Elliot posts his henchman, the burly Booke (Victor Morales), to watch over Paul for the night, force him to call in some markers and pay up. “Roommates,” of sorts. 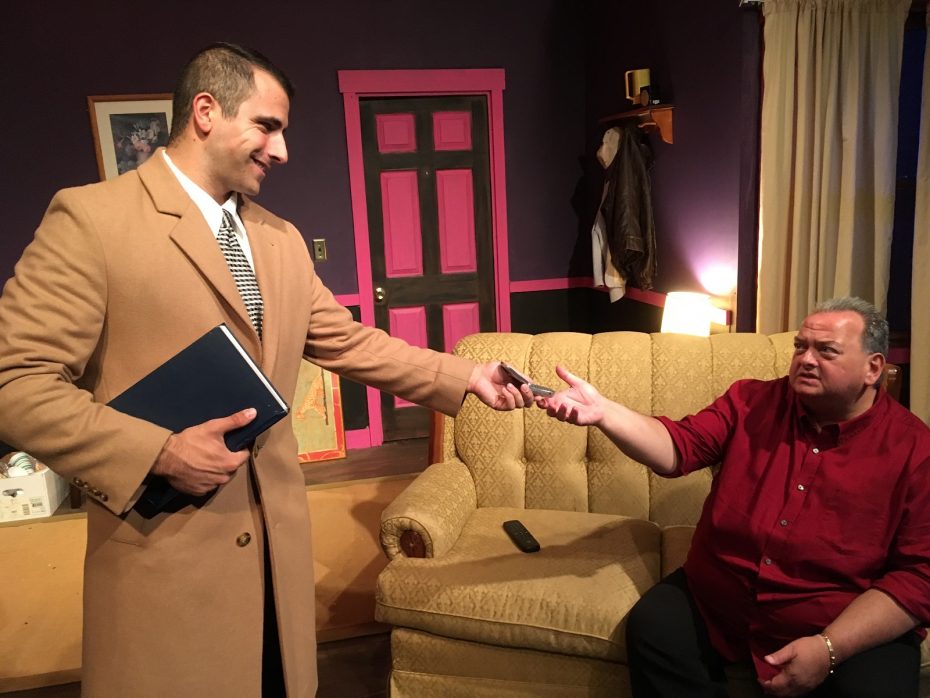 Brett Klaczyk and Michael J. Starzynski have a lot of talking to do in "Roommates" at American Repertory Theatre of Western New York.

Paul and Booke chat the night away, the scammer, happy that he's not yet dead, begins to think that he can wiggle out of this scrape. He puts to work the devious skills he used to swindle the unsuspicious on Booke, himself no fool. Booke, a strong-arm who lives on the edge of crime, nevertheless loathes Paul for his cheating, conniving ways. They spar and parry through the night, one-up each other, moralize, justify.

Elliot returns in the morning. There is no happy ending for this modern-day fable.

A trio of fine actors make this “Roommates” live: Klaczyk makes an excellent ART bow, treacherous and suave at once, as Elliot; veteran Starzynski, after decades of playing nice guys, finally, as Paul, is a sleaze; the Everyman actor, Morales, always surprises with the depth he brings to a role and he does so again as Booke.

“Roommates,” in its world premiere, is more insightful work from Mark Humphrey.

Drama at American Repertory Theatre of WNY, 330 Amherst St. (behind the Sportsmen's Tavern) through Sept. 23. Performances are at 8 p.m. Thursdays through Saturdays. Tickets are $20 general admission, $15 students and military veterans. Call 697-0837 or visit artofwny.org