Every year, as the new theater season approaches, observers of the scene ask themselves the same question:

It's been going on long enough -- two decades and counting -- that you can hardly call it a spurt anymore. Even with the natural entropy of Buffalo's theatrical ecosystem -- companies flaming out, fading away and being replaced by energetic startups -- the volume of professional and semi-professional productions never seems to plateau. Community theater, too, is on the upswing across the region.

That variety is on full display in September, as the region's theater companies launch a spate of fall shows leading up to the 36th annual season-opening Curtain Up! celebration planned for Sept. 15. Here's a look at what's on the docket: 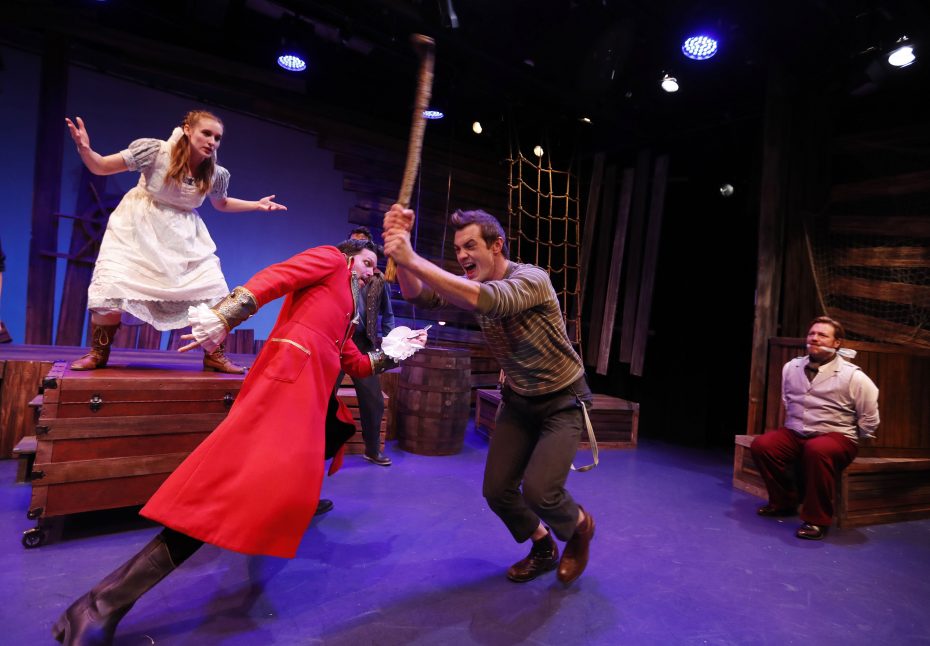 Based on a 2004 novel by Dave Barry and Ridley Pearson, this zany reimagining of "Peter Pan" takes a classic tale and fills it out with an inventive backstory. Directed by Chris Kelly, the show has a large cast of Buffalo theater veterans and newcomers.

This new play by Buffalo writer Mark Humphrey is described as "a weaving tale of honesty and loyalty." It features Michael J. Starzynski, Victor Morales and Brett Klaczyk. 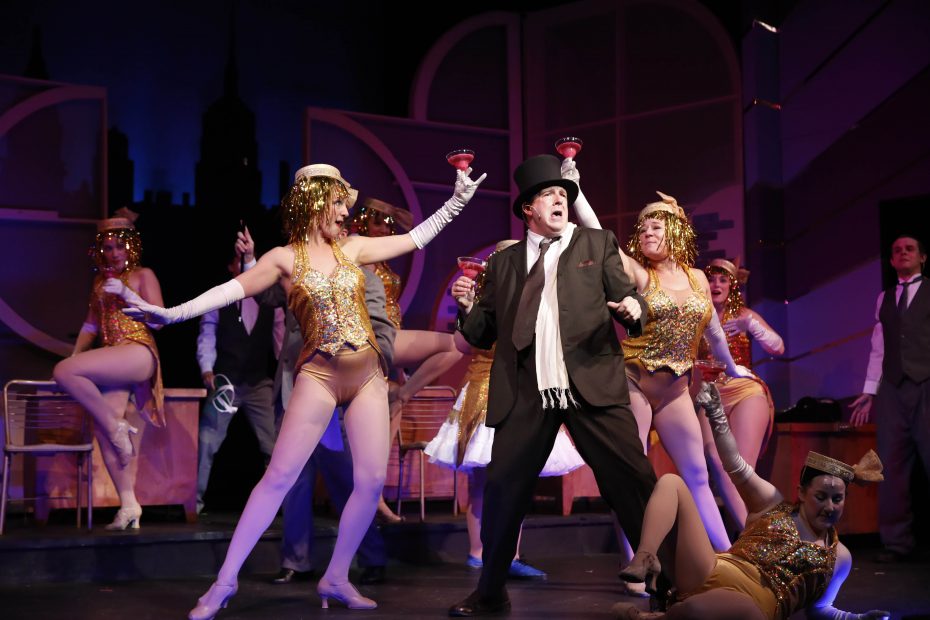 Brian Mysliwy performs the song "I Wanna Be a Producer" in the Kavinoky Theatre's "The Producers." (Sharon Cantillon/Buffalo News)

The Kavinoky Theatre traditionally opens the season with a big musical, and this year's choice is sure to be a crowd-pleaser. Based on Mel Brooks classic 1967 comedy of the same name, Lynne Kurdziel Formato's production stars Norm Sham and Brian Mysliwy as the titular producers, along with Arianne Davidow, Gregory Gjurich, Marc Sacco and Todd Benzin. 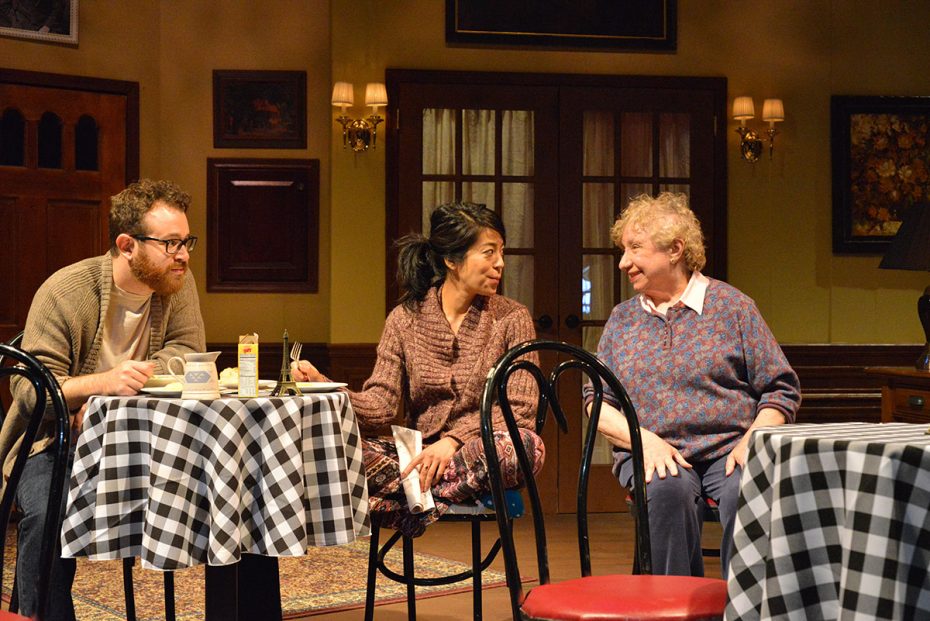 Set in a mysterious Pennsylvania bed and breakfast, Annie Baker's lauded play touches on themes of memory and loss and focuses on a young couple coming to terms with some serious issues. "Over the course of one unconventional weekend," a description from the company reads, "Jenny and Elias will realize that the scariest stories are the ones that haunt us from our own past." 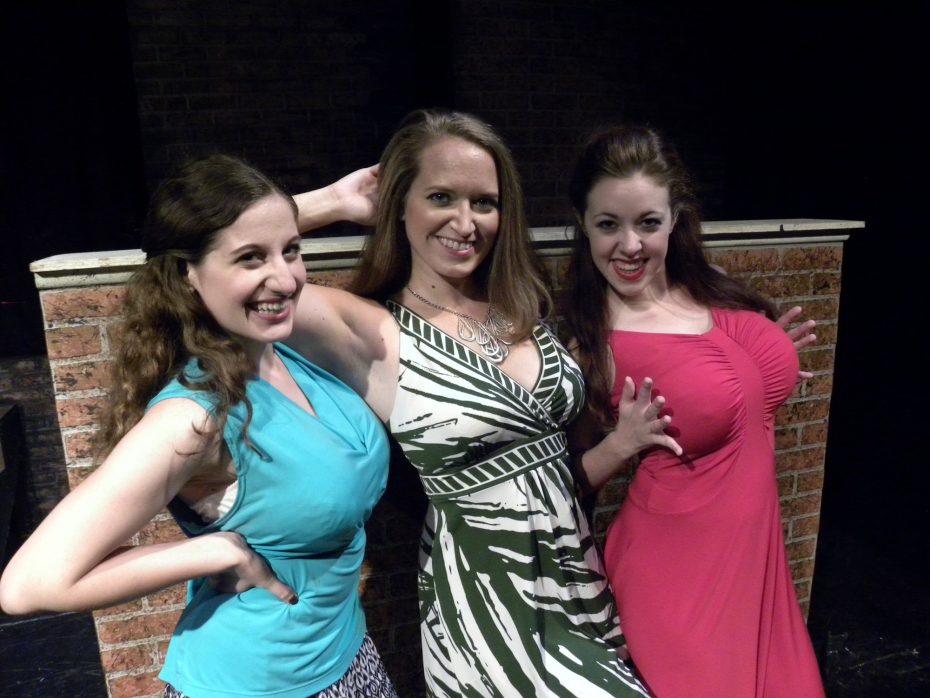 Theater productions based on films are commonplace, but local productions based on local films are a rarity. "Killer Rack" is a grisly-yet-madcap musical horror comedy by Neal Radice based on Greg Lamberson's 2015 film of the same name. The plot: "A woman getting a breast enhancement is unaware her surgeon is using her in a diabolical plot to rule the world." 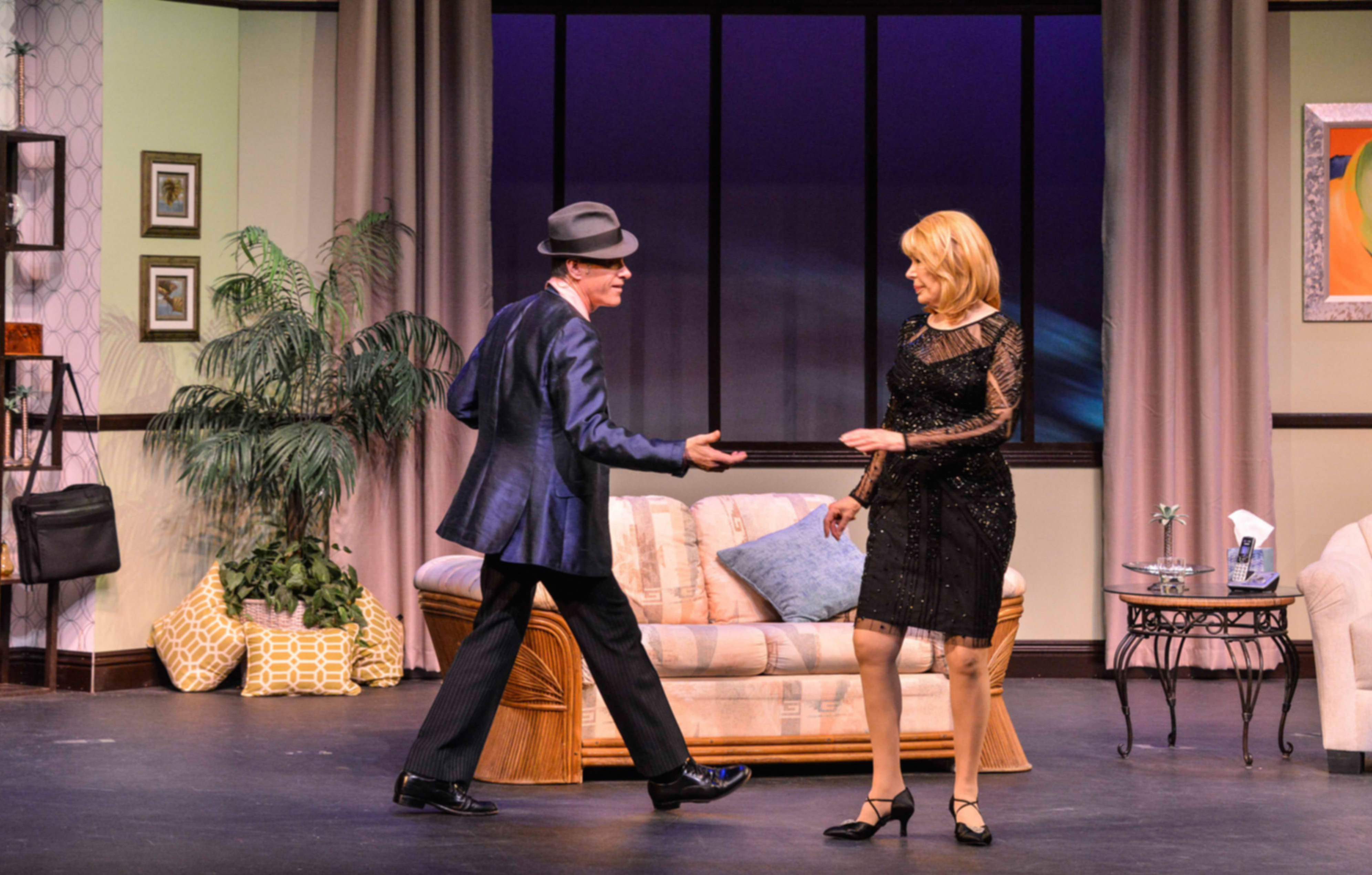 Loretta Swit, most famous for her role on the television show "M*A*S*H," comes to Buffalo with David Engel to give four performances of Richard Alfieri's romantic comedy about an older woman taking dance lessons from a young gay man. Their relationship begins on an antagonistic note, but evolves into something much more meaningful. 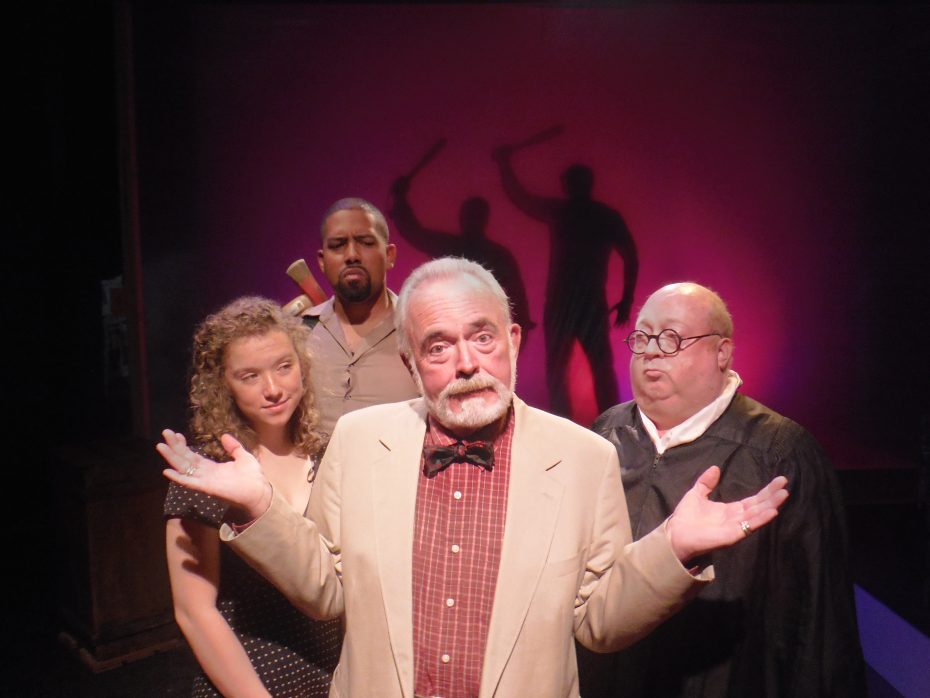 This new adaptation of Sincliar Lewis' 1935 novel about a fascist dictatorship is perhaps the first local production to respond directly to the candidacy and presidency of Donald Trump. It is, according to Subversive founder and director Kurt Schneiderman, "a chilling warning that is needed now more than ever." 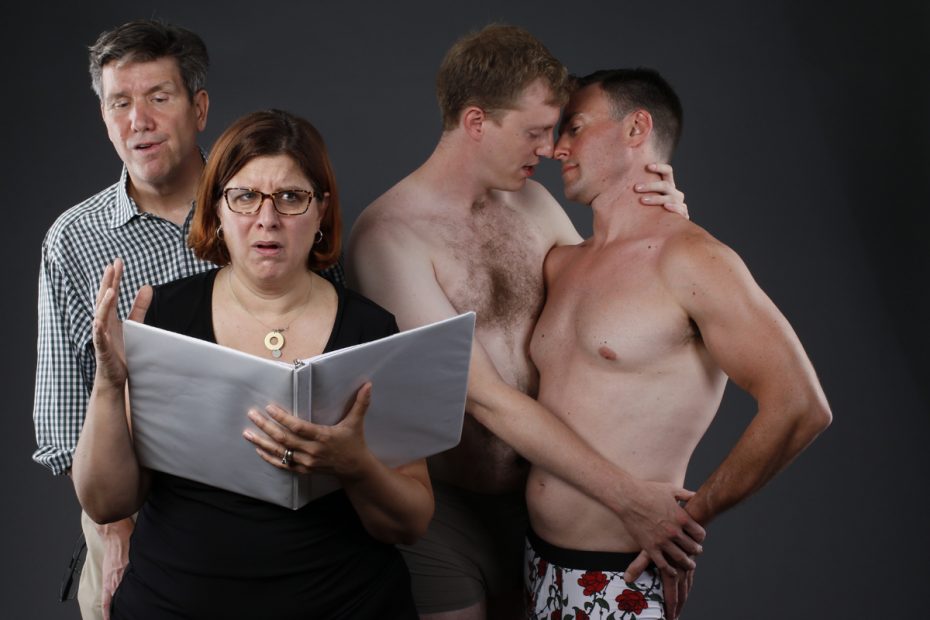 This new play by Buffalo writer Donna Hoke explores the human urge to hold unpleasant truths at bay through sheer power of denial. That works until it doesn't in this family comedy, which stars BUA fan-favorites Caitlin Baeumler Coleman and David Granville, along with Steve Brachmann and A. Peter Snodgrass. 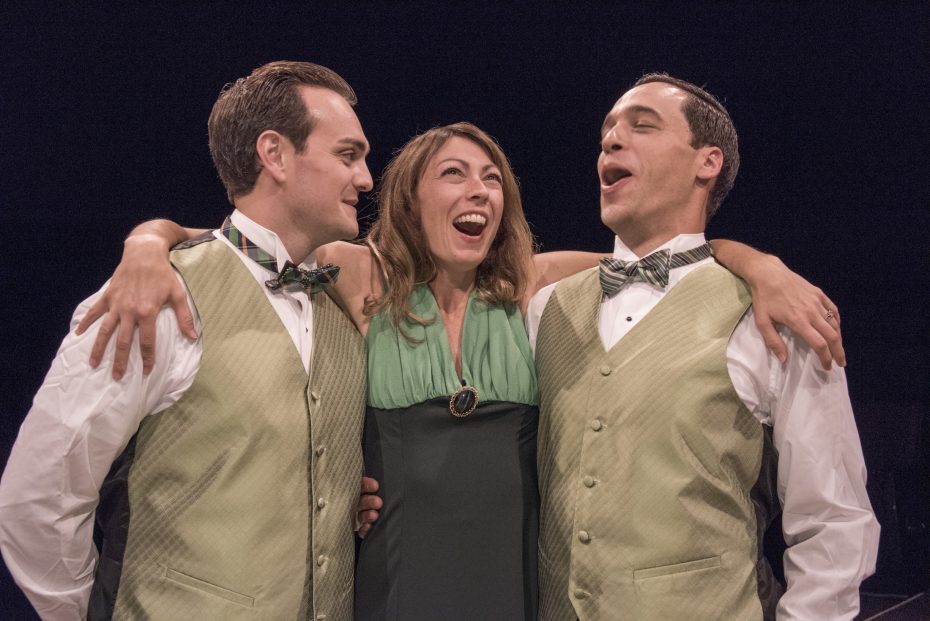 This 1932 Noel Coward comedy is the genesis of many stories about love triangles. Directed by Katie Mallinson, it stars Adriano Gatto, Kate LoConti and Ben Michael Moran as a trio of artistic characters engaged in an unorthodox relationship. Hilarity, in the sophisticated way of Coward, abounds.

Israel Horovitz's 2002 play focuses on a middle-aged man who inherits a Paris apartment. Trouble is, it comes with a previous occupant he must learn to get along with. In the way of such plays, both characters learn and grow in ways neither expected. It stars Anne Gayley, Richard Lambert and Eileen Dugan and is directed by Michael Lodick. 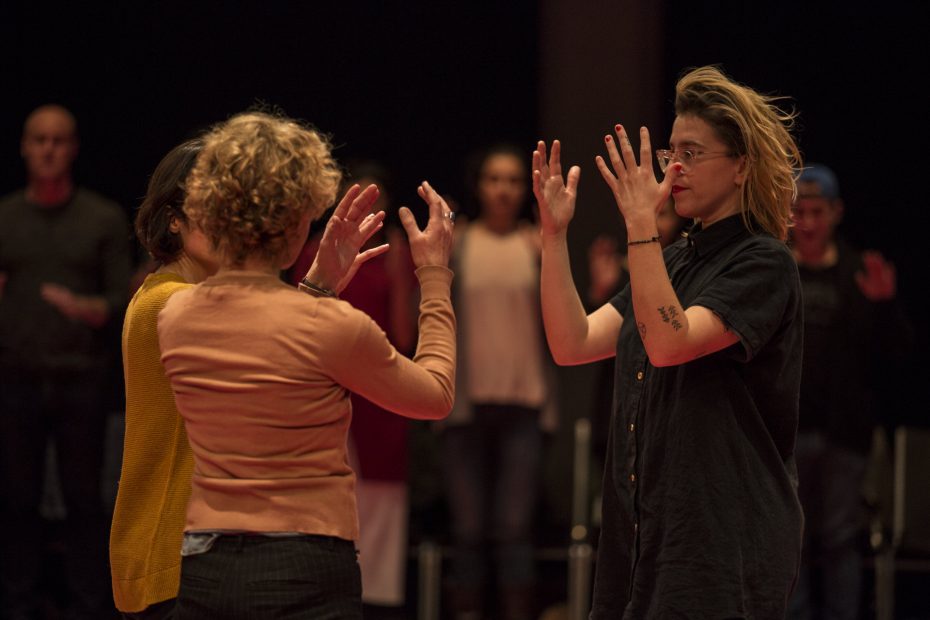 Part of Torn Space Theater's "Response Festival," this interactive production by the New York City-based experimental theater company 600 Highwaymen involves the audience in the action. In the conception of the piece, which explores the idea of personal and collective reaction to injustice, audience members play witnesses to a crime and together determine how to react to it. The Sept. 16 performance will be bracketed by two discussions about the show, one at 5:30 and the other after the performance.