Certain restaurants weave themselves into the life of a neighborhood, becoming a sort of auxiliary kitchen for a thousand homes. They provide not only food but safe harbor from myriad domestic dilemmas.

Forgot to thaw something for dinner? Have hungry people turned up unanticipated, outstripping your refrigerator's capacity? Does your mental health require a restaurant in walking distance where you can settle in for a drink and no one cares if your kids are crawling over their chairs? Generations of Elmwood Village families have had the same answer: See you at The Place.

When it changed hands last year, fans held their breath. They needn't have worried. The prices are a bit higher, but the restaurant has been brightened and improved, inside and out, ready to serve its turkey dinners, Flynnie's Thinnie sandwiches and Tom and Jerry cocktails to the next generation.

The Place was operated by members of the Moriarty and Flynn families for 70 years before being sold to Nick Sinatra, Jay McCarthy and Elizabeth and Kevin Brinkworth. An interior wall has been removed, allowing for more light in the dining room. The bar is now topped with copper, and the bathroom has been moved so the door is no longer a danger to patrons at crowded times. Outside, a new porch is lined with flower boxes.

We took a table outside, and enjoyed the neighborhood view, including two other restaurants, Kuni's and Vera Pizzeria, across the street. On the breezy summer evening, passersby frequently stopped to chat with diners on the porch, heightening the neighborhood feel. 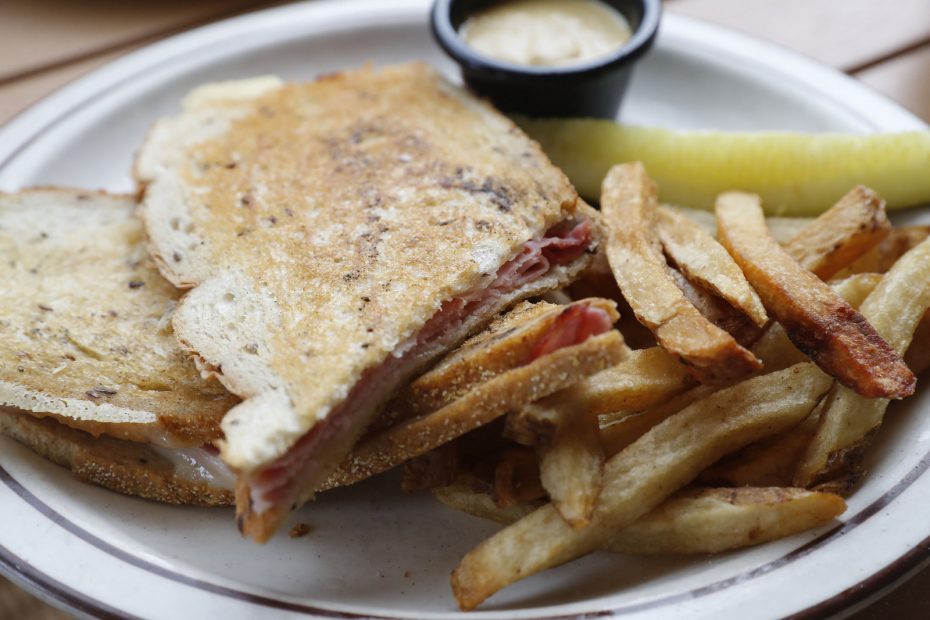 At my Wednesday visit, that turkey dinner acquitted itself well, with slices of moist breast, from-scratch mashed potatoes, stuffing and green beans in mild, pale turkey gravy, with a ramekin of cranberry sauce. The stuffing was pasty but the green beans still had a pleasant snap to them.

Liver and onions ($17) was another example of old-school satisfactions here. Two thin slices of calves' liver had been quickly bronzed in a hot pan without drying them out, and topped with caramelized onions and bacon. The mineral richness of the crispy edged liver, framed with smoky bacon and sticky sweet onions made it my favorite dish.

The Flynnie's Thinnie ($9), a specialite de la maison from its tavern years, is a toasted rye, ham and Swiss sandwich. It's served with a ramekin of mustard strong enough to draw tears, especially if you make the first-timer's error of mistaking it for cheese sauce.

The macaroni and cheese with bacon ($12), which arrives in a cast iron skillet, more than made up for it. We scraped the last of the velvety cheese sauce from the pan. Crumbed chicken fingers ($8.50) from the kids menu were well done, the accompanying house-cut fries adequate.

Chicken wings ($12) were crispy enough, though The Place's medium made me wish I'd ordered hot. Calamari ($10), rings and tentacles tossed in seasoned flour and fried, were well-executed, a crispy-tender treat. I favored the smoky-spicy chipotle mayonnaise over the marinara for dipping. 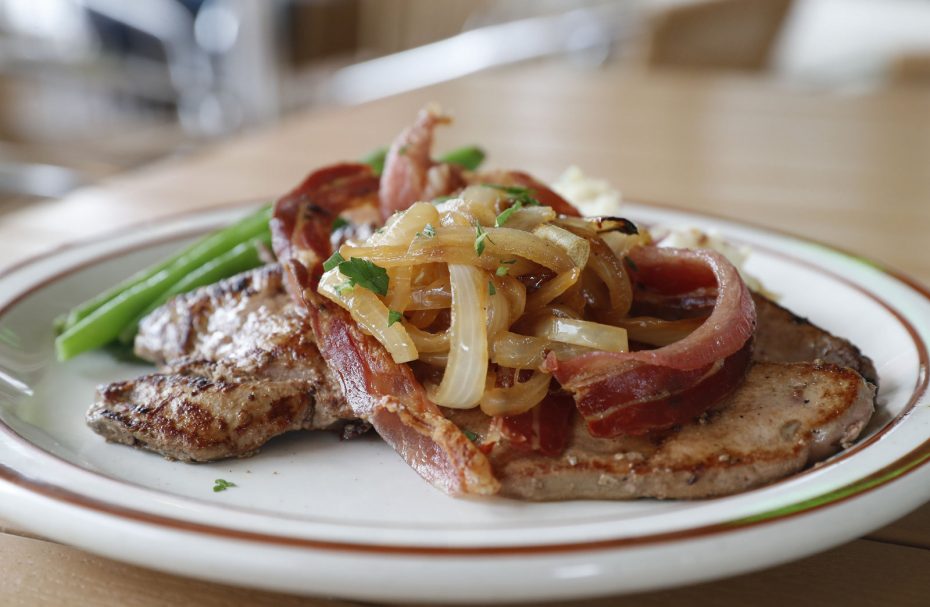 Liver and onions at The Place. (Mark Mulville/Buffalo News)

Back in the day, monkfish with grapefruit puree, pilaf and green beans ($23) wouldn't have been one of your dinner choices at The Place. The fish had been cooked to a chewy consistency, improved  but not redeemed by a thin, tasty sauce bright with assertive citrus flavor. The advertised rice pilaf turned out to be white rice, for an underwhelming dish overall .

The Place is alive and well, its place in the neighborhood's hearts and stomachs secure. Enjoy the companionable space and its time-honored hits and don't expect it to change character. Next time I want fish at The Place, I'll stick with the fish fry.