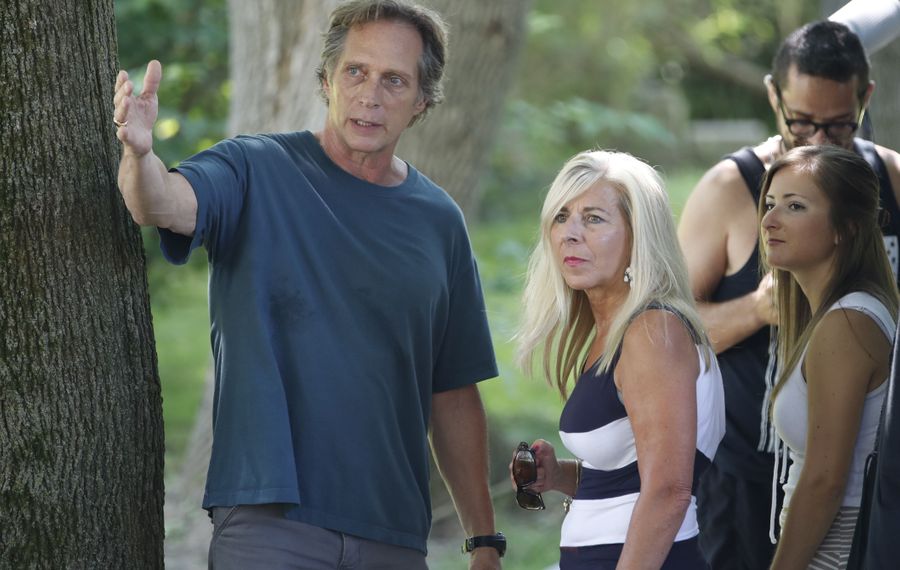 William Fichtner ambles over. He wants to chat. Or, at least, he feels like he should chat. It’s difficult to truthfully tell whether Fichtner, who plays roles for a living, wants to talk about the movie he is making.

Maybe he does. Or maybe he’s just playing the role of good host.

“I’m not going to have many moments to talk,” Fichtner said.

He’s standing in the driveway that separates two single-family homes on a side street in East Aurora. It is late July. Fichtner, 60, a Western New Yorker-turned-Hollywood actor, is here filming an independent film, “Cold Brook.”

This should be said: Fichtner’s acting career is not defined by indie films. He has become famous as a character actor in blockbuster films; “Independence Day: Resurgence” and “Teenage Mutant Ninja Turtles” are two recent examples.

But “Cold Brook” is different. Fichtner wrote it. He also is producing it, starring in it and directing it. Aside from the acting bit, this is Fichtner’s first time fulfilling those other roles, and he wants to get this thing right. He wants to make this thing good.

But when Fichtner says “good,” he says it emphatically. He threads the double O's with that intangible actorly energy, bending his voice higher on the vowels and using that single, simple word to convey his true intentions: This movie simply must be good.

Fichtner wants to make what his friend Cain DeVore, who co-wrote “Cold Brook” with him over the last 10 years, calls “a little big film.” That is, the film is little in budget — shot in 20 days, with a crew of 50, all but 10 of whom come from Western New York, with the benefit of New York tax breaks aimed at enticing filmmakers to shoot upstate. But it is big in quality – meaning the strength of the story – and has another character actor – Kim Coates of “Sons of Anarachy” – as its co-star. 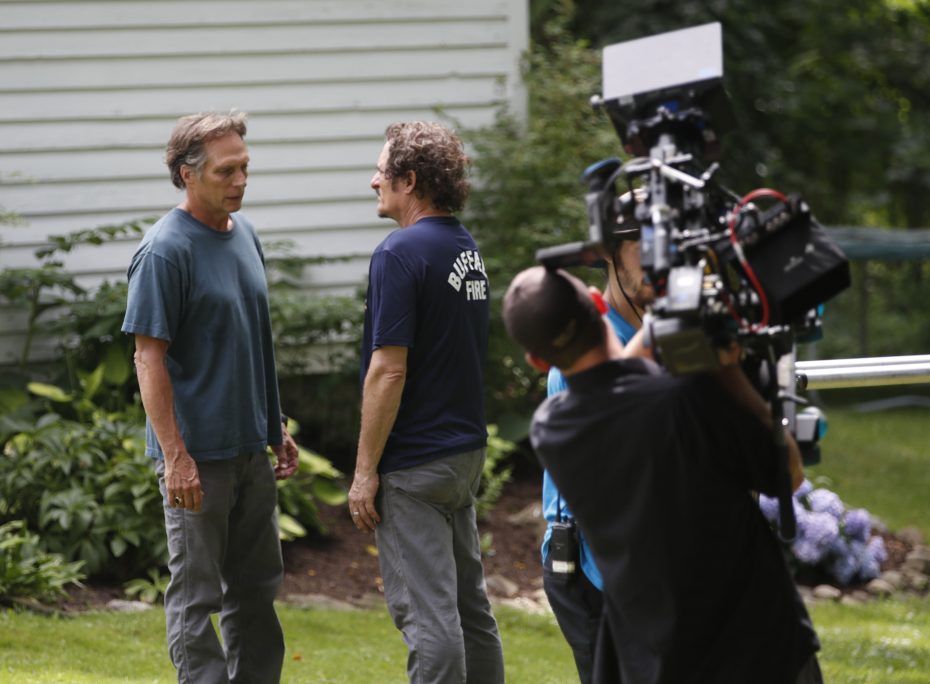 "Good" is elusive, though. To capture it, Fichtner needed to stay hands-on on set. On this afternoon, he shifted between directing and acting, mixing in producer duties. He was shooting an outdoor walk-and-talk scene with Coates. The two play men who work at a small-town community college — two “ordinary guys” who have an “extraordinary experience,” according to both Fichtner and DeVore. (Neither will reveal more about the storyline, which they are determined to keep under wraps as long as possible.)

The day was hot and sticky. Wardrobe assistants were present with hair dryers to blow out the expanding crescents of sweat on both Coates and Fichtner’s shirts. At one point, Coates stood in a garage of one of the rented homes, shirtless. (Presumably, he sweated through the one he was wearing.) Fichtner, who stood across the adjacent backyard, switched into director mode. 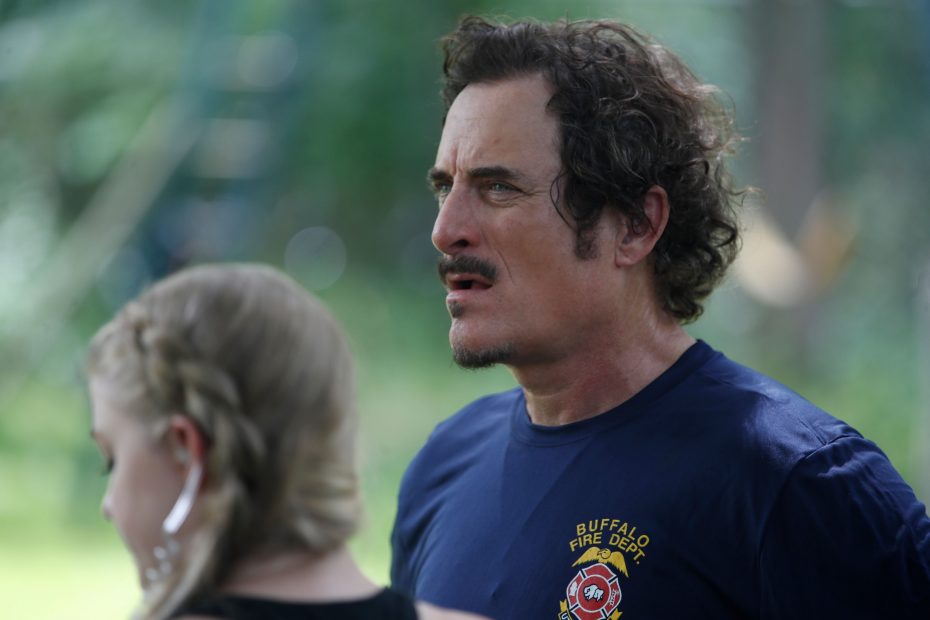 “Kim, we need to practice this,” he said.

“I need a shirt, Bill,” Coates called back.

Fichtner called back, “Everyone wants to see you anyway!”

Someone found Coates a navy Buffalo Fire Department T-shirt to wear temporarily, and soon he was on the lawn, rehearsing with Fichtner.

Later, between takes, Fichtner stepped up to the front of the house and greeted some visitors at the foot of the driveway. An intern ran up the sidewalk from a lodge around the corner that the filmmakers were using as home base. The young man carried some supplies and cut across the neighbors’ grass. Fichtner, who a few days earlier had knocked on that neighbor’s door to say hello and promised to be unobtrusive, called out to him.

“Stay off that lawn. That’s not our house,” he said.

This is indie filmmaking: An executive producer (or star, or director, or writer — take your pick) is also the one telling interns to stay off the grass. Acting is developing and performing a character; producing is handling a lengthy and always-growing list of details. Fichtner has led the way for years on that with “Cold Brook.” He came up with the idea sometime after 2001, when he and Coates worked together in Morocco on the filming of “Black Hawk Down.” The two became close friends, and Fichtner decided he wanted to write a movie that would star both of them. He wanted the story to be about “doing the right thing,” and the characters “not the kind of roles we were getting to play.”

“Make no mistake,” Fichtner said. “Every character actor wants to be a lead.” 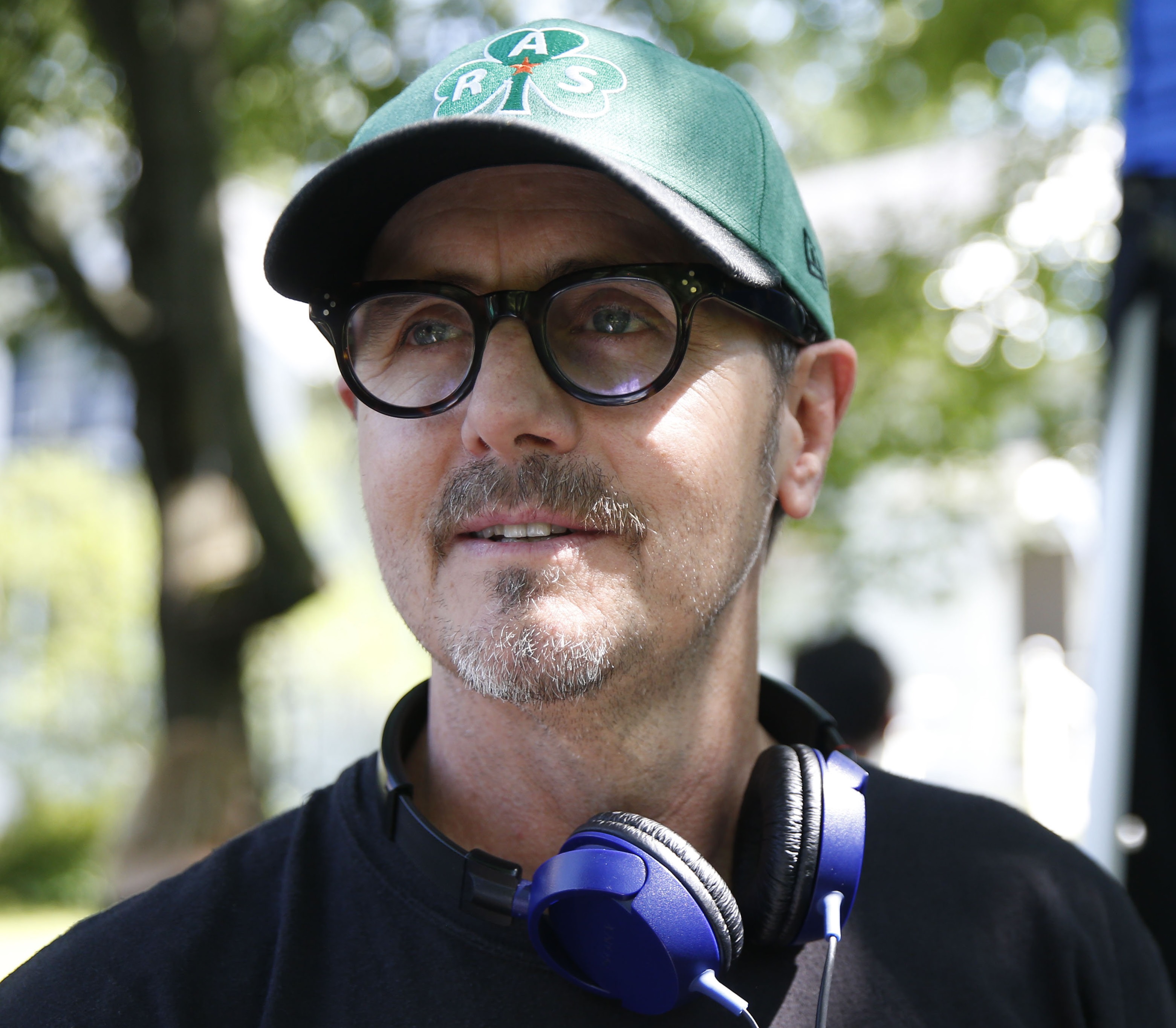 Fichtner conceived the idea – the specific details, he still won’t share – about 10 years ago. One day, when he and DeVore were hanging out by Fichtner's pool, he pulled his friend aside.

“He took me into the man cave, we were sitting there hanging out, and he goes, ‘Hey, I’ve got this idea,'” said DeVore, who has been friends with Fichtner since they attended an acting workshop together in the mid-1980s.

Fichtner asked DeVore, whom he calls “my little brother,” to write it with him. They developed the story slowly over the next several years. At the same time, Fichtner, who visits family in Buffalo several times a year, started using those trips home to meet with officials from the Buffalo Niagara Film Commission, and state Sen. Patrick Gallivan, who ultimately proposed legislation that has made upstate tax breaks for filmmakers more competitive. Fichtner scouted locations, started recruiting investors and in late 2016 brought on Sara Shaak, a Canada-based film producer and former film commissioner, as an executive producer.

During the spring lead-in and the actual shooting and wrap-up in Buffalo, Shaak handled an array of business duties, including meeting with investors, attending to crew and equipment needs, site logistics and much more. (Shayne Putzlocher, who works with Shaak, and Coates are also listed as producers.)

That cleared Fichtner to concentrate on filming, with DeVore omnipresent to focus on the quality of the story as the script became an on-screen performance. They drove to set together everyday. DeVore was behind the wheel, which gave Fichtner the freedom to mentally play out what he wanted to accomplish – and what he had to deal with – that day.

It can be hard to pull away from that quilt. On that afternoon in East Aurora, when Fichtner slipped away from the cameras to try to answer some questions, he meant it when he said, “I’m not going to have many moments to talk.” Soon, the shooting would be moving from the backyard to the inside of one of the houses. 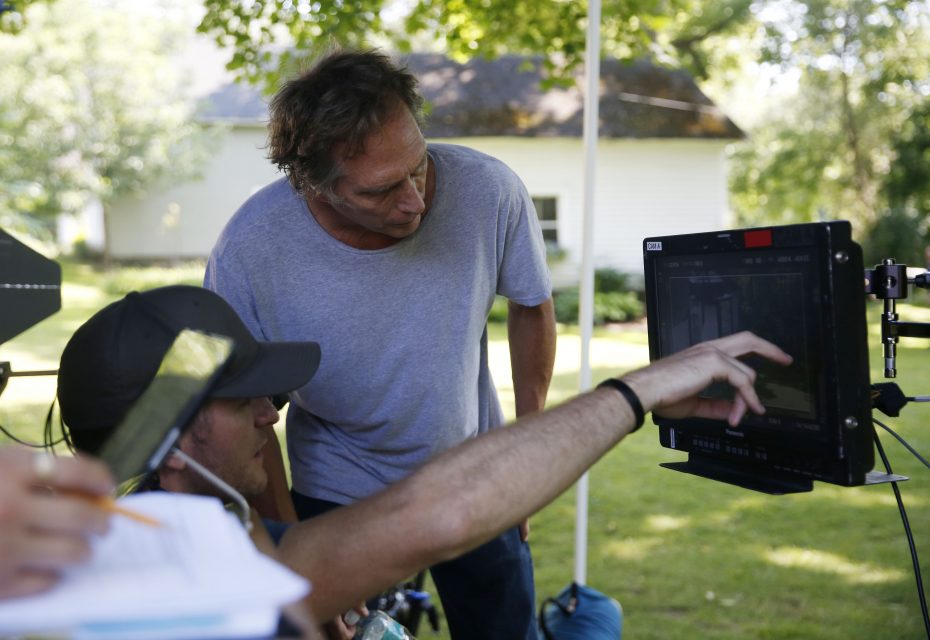 William Fichtner discusses a scene with Director of Photography Edd Lukas on the set of "Cold Brook." (Sharon Cantillon/Buffalo News)

He sat down on the steps of the side porch of one of the houses, leaning forward. He was breathing deep, but it’s unlikely Fichtner was physically tired. He’s fit, with muscular arms and carved chest visible beneath his T-shirt. He can handle the 12-hour days. But his eyes – those sea-blue eyes that Fichtner has melded into characters ranging from a rigid military man to a witty lover – had a steely intensity.

Question one: What have you learned during the filming these last few weeks?

Fichtner laughed softly. He started to say something about writing a 12-volume series of “instructional guides on how to manage concentration and brainwaves.”

He paused a beat, and continued.

“You know, it’s an impossible question,” he said. “Just massive amounts of information, about people and dynamics and just everything.”

He continues to say how he’s worked on “Cold Brook” for 10 years, developing it with DeVore, talking it up with Coates and making site visits – “dozens of trips” – scouting locations and “trying to put the right thing together,” he said.

“Trying to find the right places. I mean, when we first—”

A crew member cut in.

“We just want you for a quick frame, and then we’re good to go.”

It was time to get back to director mode. Fichtner started walking away.

“To be continued …” he promised.

Getting a second question to Fichtner would have to wait. He had one more day of shooting in Buffalo, followed by four days in Cortland, and then “Cold Brook” wrapped. At the end of July, he returned home to Southern California, where Fichtner and his wife, actress Kymberly Kalil, live outside Pasadena with their 15-year-old son. Life there is calmer. He is still busy; Fichtner immediately began shooting the CBS television show “Mom” on his return home. But playing only one role – actor, the one he knows best – is relaxing compared to making your own movie.

In the days since his return to California, Fichtner had been working on the shrubbery in his yard and attending his son's baseball practices. He stopped home one afternoon during a break of the shooting of "Mom." He called to continue the interview as he was letting Daisy, his Portuguese water dog, out in the yard.

“Come on Daisy, come run around a little bit,” he said, then turned his attention to the phone conversation.

This was a far more relaxed Fichtner. A proud and satisfied one, too. Which prompted this question: Looking back, what was the experience of finally shooting your movie actually like?

“What was that like?” Fichtner repeated. “That was like six pounds of baloney in a three-pound bag. More than anything it was remarkable. It was something I’d been working on for a long time and it finally came together.

“It was a pretty intense time. I was wearing a lot of hats — and gladly so. Most of all, it was really about the story, about making the movie.”

With the intensely creative marathon of shooting "Cold Brook" complete, the movie now moves into the post-production phase. DeVore is supervising that process of editing and finishing the film in Los Angeles. From there, “Cold Book” will be submitted to the film festival circuit in 2018.

Fichtner is thinking forward — but cautiously. He would like to direct again, and direct in Buffalo again, but he isn’t ready to talk in detail about that. Not yet. First, this movie needs to be successful.

“If 'Cold Brook' is not the film it needs to be, my chances of directing another movie are slim,” he said. “Making a good film dictates everything after that, as it should.”

So Fichtner is doing what he needs to do: Making it good.