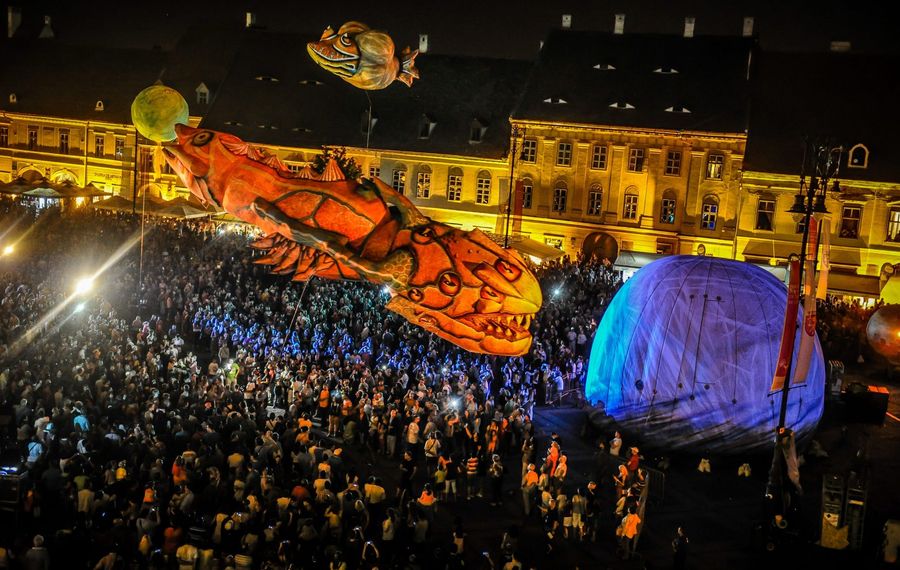 As theatrical spectacles go, it's been a while since the area has seen anything on the scale of "Big Bang," a French production featuring flying puppets that comes to Artpark on Sept. 2.

The same goes for the musical spectacle also planned for Sept. 2, featuring the musician and inventor William Close's attempt to turn the Artpark amphitheater into a gigantic stringed instrument.

It's all part of an ongoing attempt by Artpark Executive Director Sonia Kozlova-Clark to reconnect the Lewiston venue to its roots as a bastion of cutting-edge environmental art.

"Big Bang," the work of the French company Plasticiens Volants, is designed to transport audiences back in time to the beginning of the known universe. It incorporates enormous floating puppets, from glowing planets to sperm-shaped comets.

Close, who will perform in the amphitheater with his Earth Harp Collective, is known for fusing architecture and music. He runs hundreds of feet of metal string between the stage and the architecture or landscape, then plays the strings with gloved hands, making the entire space into a giant cello for one memorable evening.