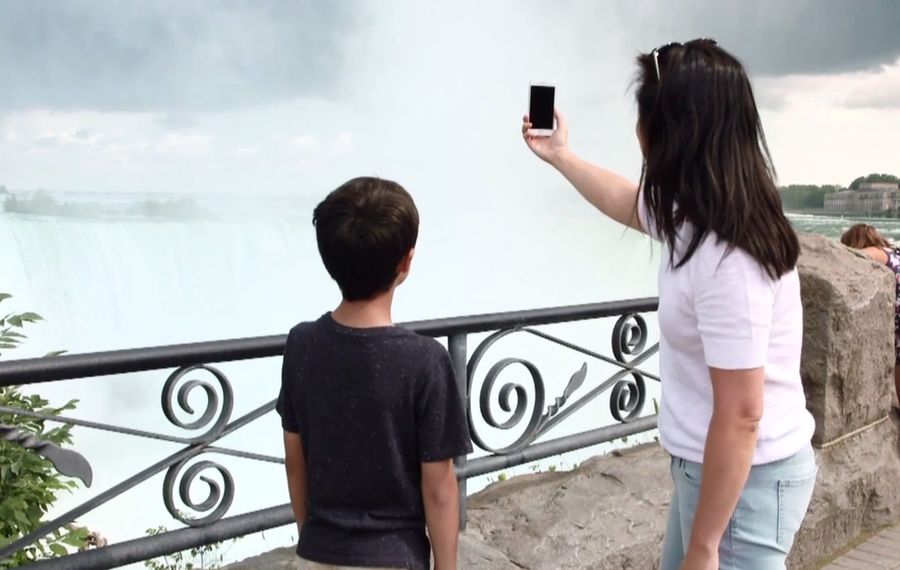 Have you been meaning to get to Niagara Falls? If the answer is yes and you're a Star Wars fan, you've got an extra incentive to pay the natural wonder a visit.

The Star Wars app now allows users to experience virtual flyovers by a giant Star Destroyer, along with some TIE Fighters, at 20 global landmarks, including the Canadian side of the falls. If users open the app within a mile of the landmark, a unique virtual Star Wars experience comes to life.

Disney and Lucasfilm are using the virtual ship campaign on their app to promote "Star Wars: The Last Jedi," which will be in theaters in December.

Other landmarks where Star Wars ships can be spotted include Central Park, the CN Tower in Canada, the London Eye in England and Copacobana Beach in Brazil. Head to EW.com to learn more.