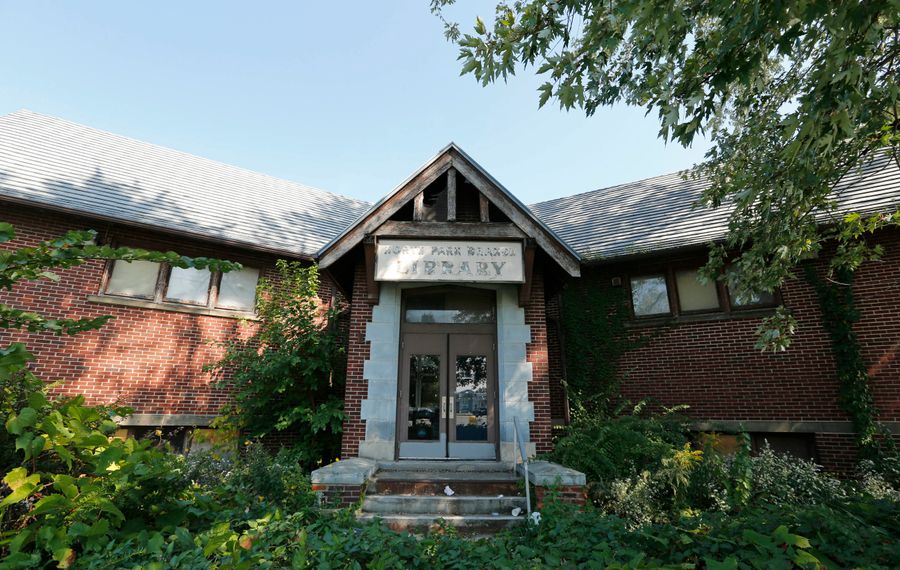 A long and winding road

After being shuttered for almost 10 years, things are looking up and moving along for the quaint brick building at the corner of Hertel and Delaware avenues.

The 5,592-square-foot former home of the North Park Branch Library was built in 1928 and was once a vibrant community cornerstone. But it was closed and its collection moved in April 2008 because of asbestos and lead paint. The building has been vacant and boarded up since then.

Today, State Sen. Chris Jacobs and Assemblyman Sean Ryan will announce they have secured $150,000 each to help turn the building into an Italian American Cultural Center. The estimated cost of the project is $1 million and the plan is to open it to the public next year.

City officials had been trying for years to figure out what to do with the building.

It had been up for sale for a few years. Then it was under threat of being demolished to make way for a larger commercial-retail building on the site.

And it took two tries to get the building designated as a local historic landmark because the Common Council initially rejected the landmark application. But after a State Supreme Court judge directed the Council to reconsider its decision, city lawmakers relented and granted the building landmark status, which makes it virtually impossible for a building to be demolished.

After that hurdle was cleared, the Centro Culturale Italiano di Buffalo was chosen last month to redevelop the city-owned building into the Italian American Cultural Center.

The $300,000 in state money will help pay for lead and asbestos abatement as well as general construction costs.

Bulk trash collection is coming up in three districts:

The discarded items must be put out on Sunday of each bulk week. Each property is limited to a pile of trash that is 12 feet long, 3 feet wide and 3 feet high.

No televisions or computers will be collected.

For more information, dial 311 for the mayor’s Resolution Center.