Unless you’ve been living under a rock (and don’t we all wish we could, sometimes), you’ve likely picked up on the controversy surrounding soy and soy products.

Some people love soy. Some people hate it. Many studies have been done, all of which seem to present conflicting results, ranging from "it’s harmless," to "it causes cancer."  Unfortunately, I don’t have a definitive answer to the soy dilemma, but I can shed some light on what soy is and why it causes such a stir, and provide some resources where you can go for more information.

Soy, a member of the legume (bean) family, is high in isoflavones. Last month, I talked about phytonutrients and how they are found in plants and are beneficial to our health. This month, I’m still talking about phytonutrients – this time, phytoestrogens, which are a type of isoflavone and part of the larger family of flavonoids.

A phytoestrogen is a plant-estrogen, and can act like estrogen in our bodies. Estrogen is responsible for the sexual and reproductive development mostly in women, but also in men. 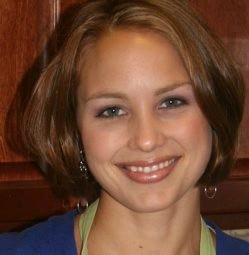 For those eating a plant-based diet, soy provides a significant source of protein. For example, one cup of soy milk provides 8 grams of protein (equal to cow’s milk), while one cup of almond milk only has 1 gram of protein.

In addition to soy milk and edamame, soy can be found in many different forms and is in approximately 60 percent of processed foods. Others include soy protein, soy lecithin (an emulsifier), tofu, hydrolyzed and textured vegetable proteins and soybean oils. There are also fermented soy products, such as miso, soy sauce, tempeh and natto.

According to some sources, consuming fermented soy is recommended, as it is high in probiotics.

Unfortunately, 90 percent of the soy consumed in the United Stated is genetically modified and highly processed. In other words, we aren’t eating organic edamame; we’re getting soy we aren’t even aware of in foods that likely aren’t the healthiest choices to begin with.

It all started in the 1940s when a study showed that sheep grazing on isoflavone-rich clover began having fertility and reproductive issues. During the next two decades, soy became an integral part of animal feed and then our own diets.  Soy became a highly studied food beginning in the 1970s because Asian populations tend to be healthier and live longer, all while consuming a large amount of soy. Unfortunately, a detail that’s often left out is that these populations consume mostly fermented forms of soy, while the typical American gets most of their soy in non-fermented forms.

It’s possible that dietary estrogen (i.e. soy) can inhibit natural estrogen or cause hormone disruptions in the body. Isoflavones fall into the category of "endocrine disruptors." The Environmental Protection Agency say such disruptors “alter the structure or function(s) of the endocrine system and cause adverse effects.”

Additionally, results of studies on the effects of soy vary widely. Soy has been studied in relation to its impact on cholesterol, cancer, cardiovascular disease, brain function and bone density.  In the 1990s alone, one study stated that soy had a protective effect against cancer, while another stated that soy could promote cancer cell growth.

Because it is low in saturated fat and high in fiber, vitamins and minerals, soy has been thought to be beneficial in lowering cholesterol, even though it does not increase our HDL (good) cholesterol.

Additionally, as American diets vary and incorporate different eating styles, such as vegetarianism and veganism, soy intake in various forms increases. In cases such as those, natural (and possibly fermented) forms of soy are recommended, such as miso, tempeh, natto and edamame instead of highly processed meat substitutes.

The most recent study on soy and breast cancer in women was released earlier this year. The study followed approximately 6,200 women in America and Canada over a 9-year period. Those with the highest isoflavone consumption had a 21 percent lower risk of death from all causes over a 10-year-period.

An article entitled"‘The Pros and Cons of Pytoestrogens," published in Frontiers in Neuroendocrinology in 2010, which took many studies into account, stated that otherwise healthy women without risk factors for breast cancer could include soy in their diets without significant concern, but also that women attempting to become pregnant should approach soy with caution.

How’s that for confusing?

Perhaps the best way to sum up this topic is to quote directly from the above-mentioned article itself: “While the potentially beneficial effects of phytoestrogen consumption have been eagerly pursued, and frequently overstated, the potentially adverse effects of these compounds are likely underappreciated.”

In my mind, the jury is very much still out on soy.  As a meat-eater, I don’t need to rely on it as a source of protein, and I try to limit my intake of soy in general. I do occasionally eat edamame, but avoid all processed versions (even soy milk), with the exception of soy lecithin, which some studies show has beneficial health benefits and is, simply, hard to avoid in many food items. I urge everyone to do their own research from unbiased sources, such as the National Institutes of Health (NIH), U.S. National Library of Medicine, online academic journals that have been peer-reviewed and reputable medical sites.

Holly R. Layer is a registered dietitian and a freelance writer. She teaches fitness classes at the Southtowns Family Branch YMCA and lives in East Aurora with her husband, Andrew, a village native. She blogs at thehealthypineapple.com and her work appears monthly in the online version of Refresh. Send her nutrition-related questions at refresh@buffnews.com.