Dr. Agnes Szekeres is a retired physician in California. Her husband, Gabor, died seven years ago. At 75, Agnes finds solace in the rich and varied lives of their two grown children and six grandchildren.

"My kids," she said. "They all turned out fantastic."

For Agnes, who survived catastrophic loss during World War II, that sense of appreciative wonder begins with the raw courage of Tibor Baranski, a retired Buffalo teacher. He is credited with saving the lives of at least 3,000 Hungarian Jews during the final months of World War II.

Without Baranski's willingness to put himself at complete risk, Gabor Szekeres might not have lived to meet Agnes.

"He fought, and he was willing to sacrifice his life, for what he thought was right," Agnes said of the man who has made Buffalo his home for five decades.

Baranski, 95, was an honored guest Sunday for the annual Raoul Wallenberg Day events in Stockholm. He was invited by relatives of Wallenberg, the revered Swedish diplomat credited with saving tens of thousands of Hungarian Jews from Nazi death camps. The two men knew each other. Their efforts were parallel. They met or spoke by telephone many times, and Baranski's presence has deep meaning to Wallenberg's family.

After the war, Wallenberg vanished while in the custody of Soviet forces. Seventy years later, Baranski is one of the last witnesses to the desperate efforts to protect the Jews from the Nazis in Budapest. Both men have been honored as "righteous among nations" at Yad Vashem, the world Holocaust memorial center in Jerusalem. 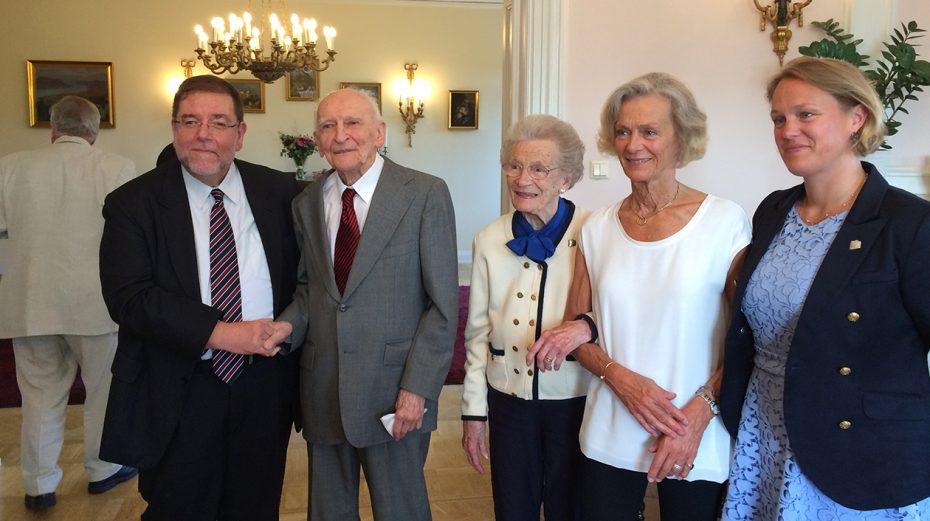 Among those who survived the Nazi sweep was Gabor Szekeres.  As an ailing Jewish infant, during a merciless German crackdown in Budapest, Gabor's life hung in the balance. The child's safety was a key reason that Baranski became involved in what turned out to be lifesaving intervention for thousands.

"Oh, my God, I am so pleased," Agnes said last week of her old friend's journey to Stockholm. "I love him dearly. Everything you're supposed to do for your fellow man, it's right there."

Baranski's son, Tibor Baranski Jr., called this visit a form of closure for both the Wallenberg family and his father, whose life is "a perfect merger of intellect and faith," Tibor Jr. said. The Stockholm trip is the culmination of five years of intense and quiet talks that began when Tibor Jr. met with Swedish diplomats in China, where he is an international lawyer. The eventual result was a direct invitation from the Wallenberg family. 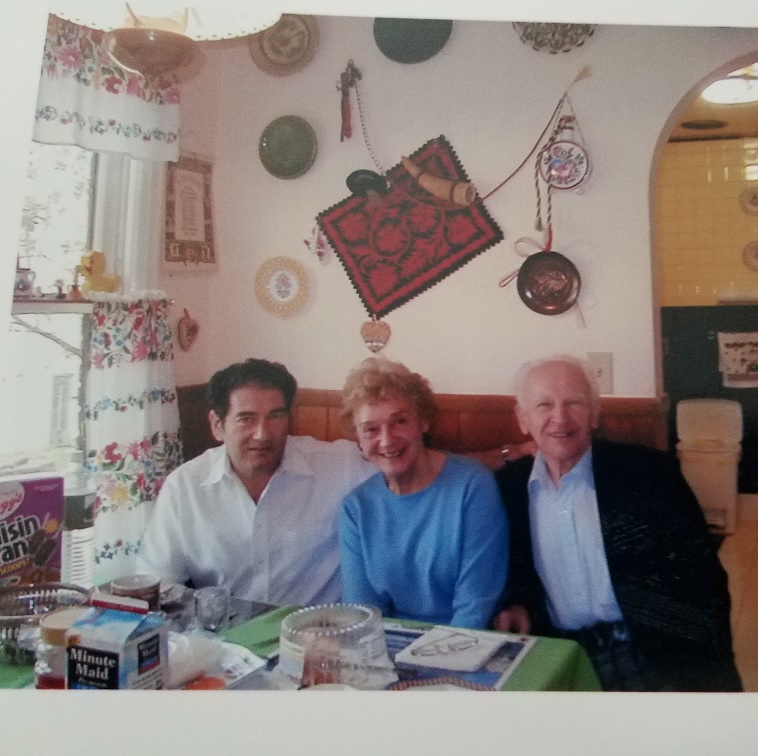 Gabor Szekeres with Kati Spangler and her father, Tibor Baranski, 2000. Baranski helped to save Gabor's life when he was an infant during World War II.
(Family photo)

Tibor Jr. and his brother, Dr. Peter Forgach, a Buffalo eye surgeon, are with their father.  Their sister, Kati Spangler, could not make the trip. The visit began last week and extends into Tuesday, when the family will be honored at a reception at the U.S. Embassy.

Baranski already has met with Nina Lagergren, Wallenberg's sister, and other family members. He was greeted Friday at the Hungarian Embassy in Stockholm by such dignitaries as the Hungarian and Israeli ambassadors to Sweden. He has heard expressions of gratitude from several Holocaust survivors.

And he was to be prominent at Sunday's Wallenberg Day commemoration, in which Wallenberg's legacy received a national spotlight.

"His visit means a lot to us," Cecilia Ahlberg, Wallenberg's great-niece, wrote of Baranski in an email. "For me personally, it is very touching to hear about how Raoul was and acted from another person who has actually met him."

While Baranski is contending with some memory loss linked to his age, his recollections about Wallenberg are captured in an oral history in the archives at the Holocaust Memorial Museum in Washington, D.C. In that two-hour interview, Baranski describes Wallenberg as one of the "precious gems" in his life.

Baranski served as a direct emissary of the papal nuncio, the Vatican representative in Budapest. As executive secretary of what was called the Jewish Protection Movement, Baranski said in the interview, he often led secretive meetings of diplomats working to save Jewish lives in Budapest. On many of those occasions, he said, Wallenberg was at the table.

"We knew in a second we shared the same opinion … the same recklessness, the same determination, all through," said Baranski, who described Wallenberg's motivation as "divinely human love."

In 1944, as the German military empire slowly crumbled, hundreds of thousands of Hungarian Jews were targeted for concentration camps in a last spasm of Nazi cruelty. Wallenberg, a Swedish diplomat, arrived that summer. With the permission of his government, he began creating safe houses and issuing certificates of protection, documents with similar legal weight to the ones Baranski obtained through the papal nuncio. Some historians say Wallenberg may have saved almost 100,000 lives. 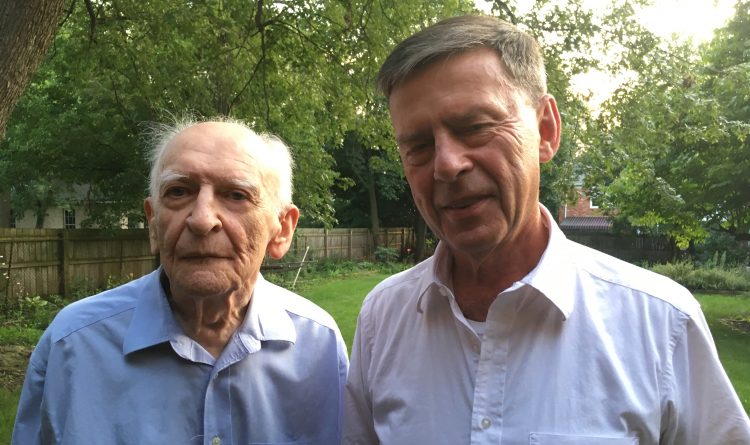 Baranski became part of the same cause, in a spontaneous way, when he returned to Budapest that autumn from a Catholic seminary. He lived with his aunt, who was close to a Jewish couple with an infant son, Gabor Szekeres.

Amid the German dragnet, the couple went into hiding and left their child in care of the aunt. Once Baranski arrived at home, his aunt asked if he could turn to the church for help.

In the taped interview, Baranski recalled how he managed to line up an audience with Monsignor Angelo Rotta, the papal nuncio. Impressed by the young man's nerve, Rotta not only assisted with the Szekeres family, he recruited Baranski to help protect thousands of Jews at risk of being sent to the camps.

As part of that effort, Baranski asked if he could borrow a Rolls-Royce from Rotta, persuaded another young man to masquerade as his driver, then used the appearance of wealth and power to bluff his way into a factory where roughly 2,000 captives were being held before a forced deportation to the camps.

"He loved to tell that story," Forgach said of his father.

In 1981, Baranski explained to Buffalo Evening News reporter Anthony Cardinale that by treating the guards with a kind of forceful condescension – and by using papers provided by the papal nuncio – he found a way to rescue dozens of people from the factory. In the coming months, he found documents and did everything he could to shield roughly 3,000 Jews living in a protected sector of apartment complexes. 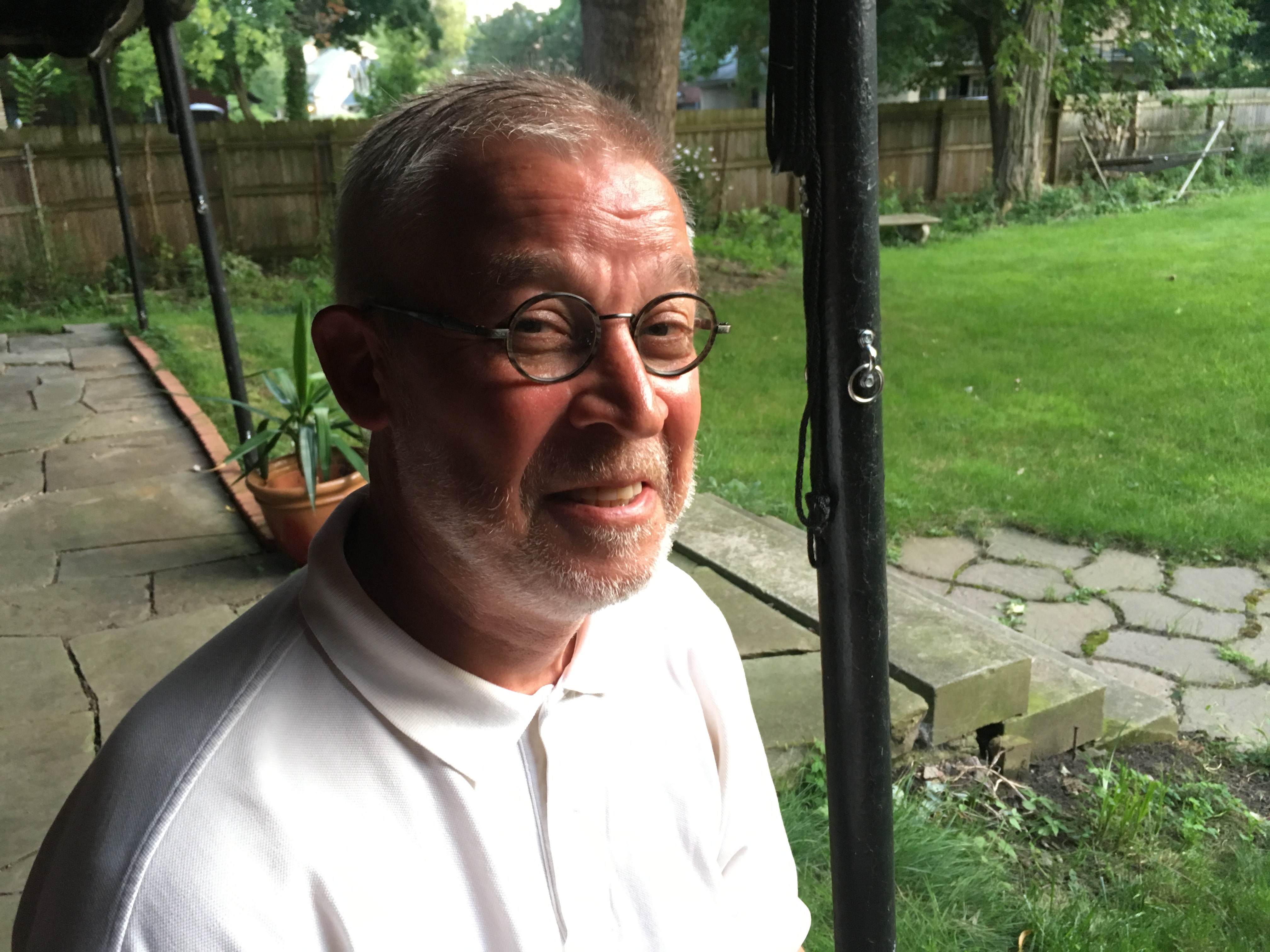 Tibor Baranski Jr.: His efforts helped bring about a meeting between his father and relatives of Raoul Wallenberg, another revered figure who saved thousands of lives during the Holocaust. (Sean Kirst/Buffalo News)

In 1945, Budapest fell to the Soviets. Wallenberg, last seen in the company of the Russian military, vanished. The Russians later claimed he died in 1947 in prison, though his advocates have challenged that account. It wasn't until last year that the Swedish government formally declared that Wallenberg was dead. Even now, a lawsuit intended to pry loose more details about his fate is moving through the Russian courts.

Baranski, too, was captured by the Russians. He nearly starved to death on a forced march, and he believes he would have died if a guard had not taken mercy and separated him from the larger group. Baranski was hospitalized and made his way back to Budapest, where he was arrested again, then imprisoned for five years for his work against the Communists. Freed in 1953, he went to Rome three years later to seek Western help amid the Hungarian revolution.

The rebellion failed. Baranski could not safely return to his homeland. He met his wife, Katalin, a cancer researcher who died in 2011, in Italy. They made their way to Canada and eventually settled in Buffalo, where they raised their family.

The couple had another chance to greet Gabor Szekeres, the same young man from Budapest that Baranski protected during the war. Gabor arrived in Buffalo in 1967 with Agnes, whom he married after they both managed to leave Hungary. Agnes, brought up by adoptive parents, had lost her mother and father in the Holocaust. She and Gabor traveled to Detroit and then to Buffalo, where she finished medical school and Gabor earned his doctorate in medicinal chemistry.

Three thousand lives is a figure of such enormity that it can be difficult to comprehend in all its power. Yet Agnes Szekeres, after enduring so much, awakens each morning to the full significance. Her husband was almost swept away, as a baby, by the same massive act of inhumanity that claimed her parents. She said he survived - and their family came to be - because of good luck and one man:

"He was willing to die for them," she said of Hungarian Jews who survived with Baranski's help.

Today, in Sweden, they will celebrate how the selfless heroics of Baranski and Raoul Wallenberg, who both refused to condone or look away from savagery, still invoke meaning that goes beyond even formal memorials.

With each generation, their growing monument remains life itself. 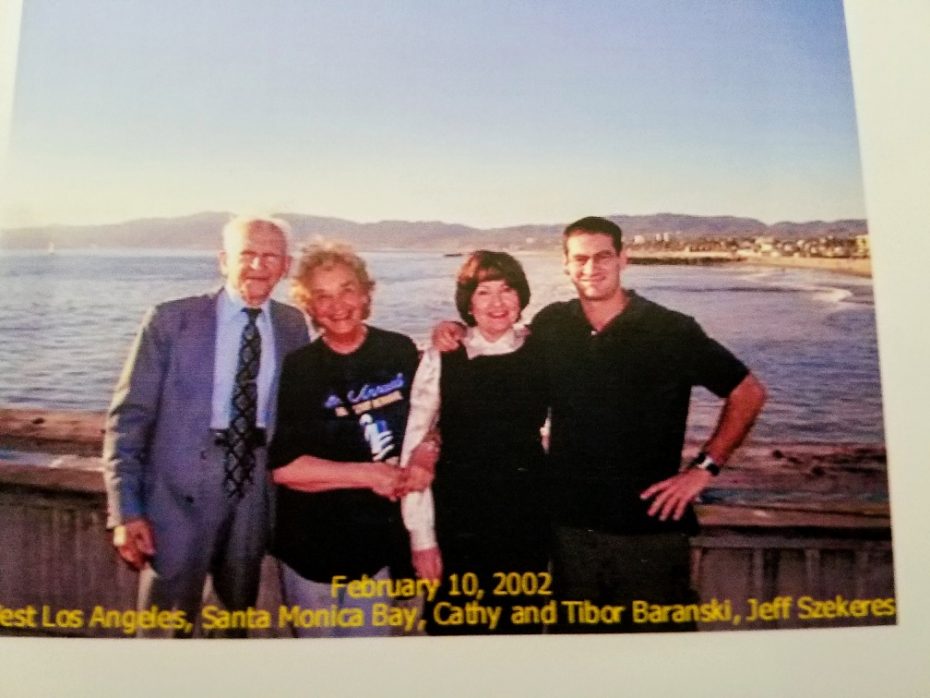