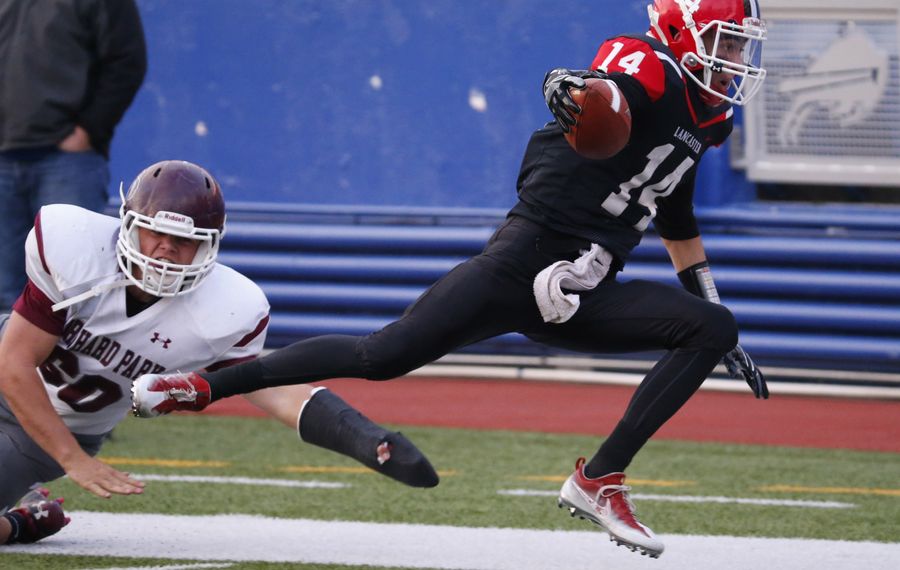 Alignment shift: Kenmore West drops down into Class A North, while Bennett moves up from Class A South.

Last year’s champion: Lancaster defeated Orchard Park, 27-7, to capture its first sectional title since 1999. The Legends suffered their lone defeat of the season in Far West Regionals to Section V champion Victor, 33-27, which lost in the New York State Public High Schools Athletic Association final by a point. Lancaster finished the season ranked No. 2 in the News' Large Schools poll.

At BuffaloNews.com: Review the Classes D, C, B and A Countdowns, the entire week-by-week schedule and see photos and videos from our various training-camp stops.

Season preview coming Wednesday: Our annual preview issue will have capsules and schedules for all 70 teams in Western New York, along with feature stories, photos, a must-see cover and everything else one needs to know about the 2017 season.

Attention coaches & ADs: As soon as they are determined, Section VI coaches need to send a roster -- in spreadsheet form -- to rcurrin@aldenschools.org. Monsignor Martin coaches should email rosters to mrodriguez@buffnews.com.

#PrepTalkLive at buffalonews.com: Every weekend, the place to monitor all of the Friday night and Saturday afternoon action is PrepTalk.BuffaloNews.com. We will have video reports, photos, live updates from several top games and you will again be a part of the team via Twitter. Tweet game updates with the #PrepTalkLive hashtag and those will appear in our live post.

#PrepTalkSpirit: High school students, tweet your fan photos from the crowd and include the hashtag #PrepTalkSpirit, and we'll retweet some of the best at @bufnewspreptalk.