"The Burchfield is evidence," West Seneca Supervisor Sheila Meegan proclaimed at a recent Town Board meeting.

But evidence of what?

The town closed the 16-year-old Charles E. Burchfield Nature & Art Center in January after the hardware started popping off the windows, and it appeared the building was structurally unsound. A town consultant said the walls are deteriorating and collapsing in slow motion.

"This is now a legal matter," Meegan said, "and because the Burchfield is the evidence, we will not touch the Burchfield until this matter is settled." 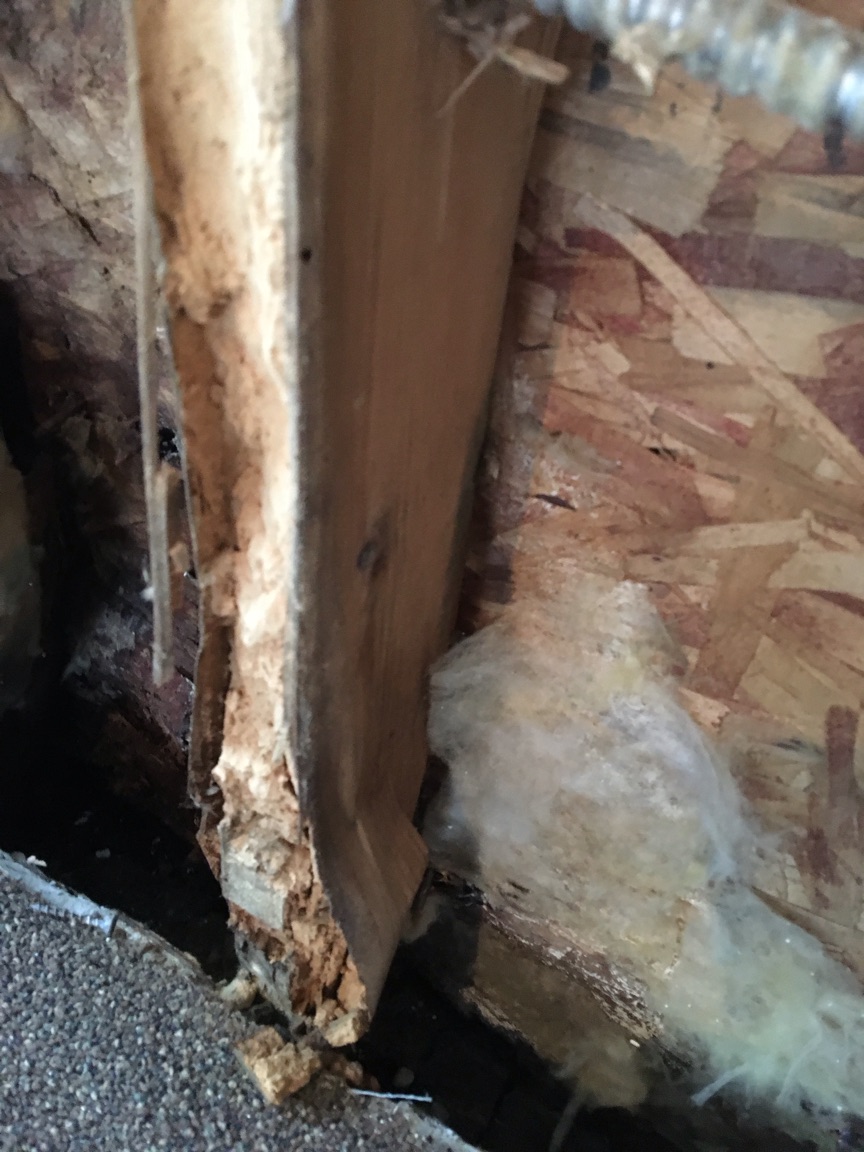 Deteriorating wood inside the Burchfield Nature & Art Center in West Seneca. (Photo courtesy of the Town of West Seneca)

A forensic architect looking at the structure said the problem started with the construction plans for the building, which is named for the famed watercolorist Charles E. Burchfield, who did much of his work in the Gardenville section of town.

"There was an error before it ever showed up for bidding or permitting, and it was missed," said Kenneth Pearl of Building Science Services.

The bottom of the wood frame walls sits not on the concrete slab floor, but below ground on the foundation wall, Pearl said.  The ground was intended to be about 2 feet below the building, yet another detail of the plans shows the floor was supposed to be the same level as the ground.

"This had to have been an issue when construction started, the builders must have realized there is conflicting information in the minute details," Pearl said, but he added, "This is not easy to spot."

He believes the decision that was made at the time was to lift the ground and the walkways to make them level with the building.

"The problem was somebody didn’t go back in and check the details and the detail that was most critical is they had left the design of the wood wall still in that lower elevation," Pearl said. "It's human error. Somebody forgot in the drafting revisions to correct that to a higher elevation and get that out of the water."

The building inspector at the time, William Czuprynski, said he never saw or reviewed the plans, and he did not inspect the building. He said the Engineering Department was given the job of inspecting and reviewing the project. 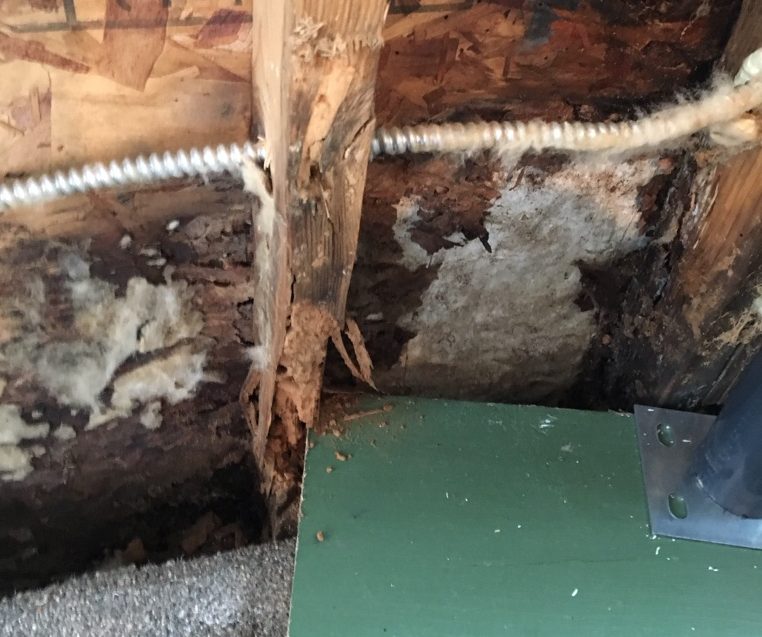 One of the wooden studs rotting at the Burchfield Nature & Art Center in West Seneca. (Photo courtesy of the Town of West Seneca)

And Czuprynski said: "You don’t pile topsoil up against the building like that and hope it will last."

The town put in a claim on its insurance policy, and it was denied, Town Attorney John Fenz said. The statutes of limitations for negligence and breach of contract have passed, he said. But there are provisions to hold design professionals accountable for alleged design defects, and that's what the town is banking on. It has served notices of claim on the architect and engineering firm, who are not saying much.

"I can't comment on anything. They intend to sue us," Brian Louis, an architect from Louis Design, said.

"We're certainly disappointed to be hearing all this through the news. We really have no comment at this time," said Michael Borowiak, president of Nussbaumer & Clarke engineering.

The first occupant of the building was Western New York Americorps. Its former chief executive officer, Mark Lazzara, said there were leaks in the building when snow built up on the flat roof.

"The first two winters were horrible," he said.

After that, he had Americorps crews keep the roof cleared of snow, he said.

Lazzara said the town had wanted to have a basement in the building, but it was too close to Buffalo Creek. The heating and air conditioning units were placed in the attic instead.

Pearl, the forensic architect, said ice buildup issues at the roof and gutter areas remain, and they likely have been a "periodic contributor to the rotting wood wall studs." He said placing the heating system at the rooftop is a "clever idea in theory," until it is time to replace and remove the system. He said there also are some fire code, ventilation and vapor barrier control problems with the roof insulation.

He said the building is in the "infancy" of its problems.

"The town reacted to it appropriately, but our efforts reveal that it's not coming down anytime soon. It will take a long time for something to be falling to the ground," Pearl said.

He estimates it will cost up to $993,000 to repair. Town officials believe the building cost about $900,000 to build, and said it is paid off. They are committed to repairing it at the lowest possible cost to the taxpayer.

"It's a beautiful building. It would be irresponsible for us to let it deteriorate further," Councilman Eugene Hart said.