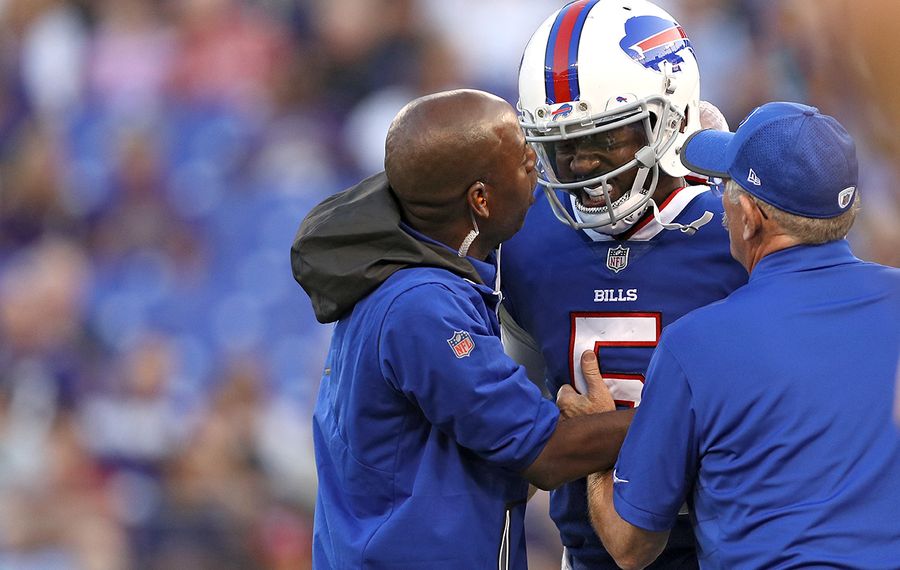 Tyrod Taylor is in the NFL's concussion protocol, having slammed the back of his head off the M&T Bank Stadium turf Saturday night.

That happened eight plays into the Buffalo Bills' preseason game against the Baltimore Ravens. We don't yet know when he'll be back, let alone if he's a sure thing for the regular-season opener in two weeks.

Taylor's injury gave rookie Nathan Peterman a chance for extended time with the first unit. Peterman didn't look too swell, completing 11 of his 23 throws for 93 yards and an ugly near-interception.

T.J. Yates entered with four minutes left in the third quarter and threw a senseless interception on his first attempt.

A couple of Ravens quarterbacks formerly on the Bills' roster, Thad Lewis and Josh Woodrum (fifth on the depth chart after they drafted Peterman and then released) looked better than anything the Bills offered.

So what's left for the Bills to try at quarterback that doesn't resemble the lower Niagara River sludge discharge?

These are the best options: