Commentary: Scoot over to the Outer Harbor for one of the final cultural festivals of the summer, as the annual Buffalo Irish Festival boasts two stages of music - include performances by Dervish, Enter the Haggis and locals Crikwater and Penny Whiskey - as well as a slew of food and craft vendors, a raffle to win two tickets for a trip to Ireland and multiple performances by Irish dance schools like Rince na Tiarna and Clann Na Cara. (That's one really long sentence!)

Look back at an extensive Smiles gallery from last year's Irish Festival, also held at the Outer Harbor.

Commentary: The annual festival at Leonard Oakes is one of the most off-beat, visually stimulating events of the summer. (News Food Editor Andrew Galarneau would suggest that you eat at the taco trailer Monte Alban before you attend, since it's not every day you're in Medina. Thank him later).

The premise of Steampunk hearkens to a branch of science fiction that blends together vintage design and fashion with an odd modern twist. It's easier just to look through pictures than it is to tolerate me stumbling through this description.

Enjoy a few helpings of Steampunk Cider - or the award-winning ice wine - and marvel at some intense costumes.

Commentary: No, you haven't time traveled to April for Dyngus Day (although I doubt many would complain if Buffalo celebrated Dyngus Day twice each year, although livers might rebel en masse).

Local polka stars Those Idiots keep popping up more and more outside of their peak time, and the peppy party band will perform at the free Polish-focused event in RiverWorks. Other pillars of Buffalo's Polish pride will feature, including local craft vendors, Potts Deli and an enthralling pierogi-eating contest. 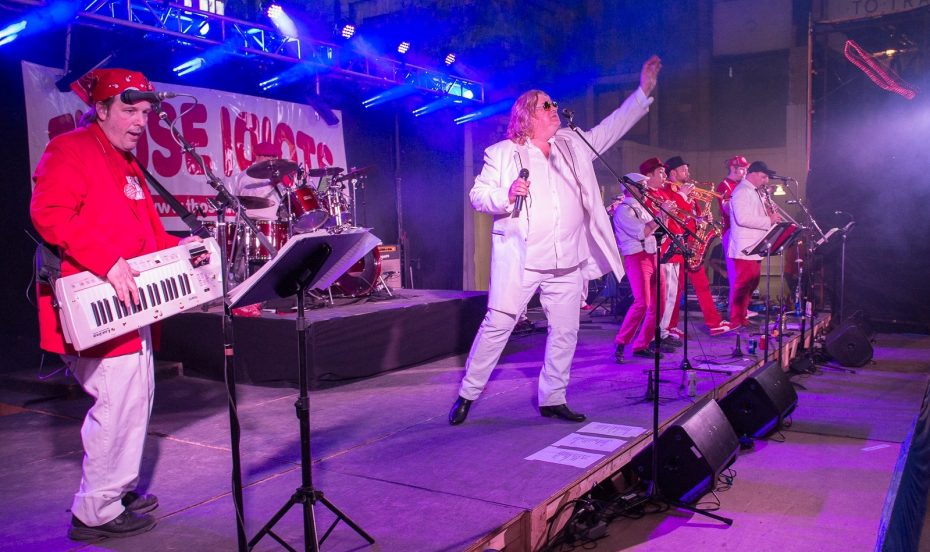 Those Idiots perform at the Central Terminal in April 2017. (Matt Weinberg/Special to The News)

Commentary: Aside from Kerfuffle and Kiss the Summer Hello, there have been few non-Thursday shows at Canalside this summer. Saturday brings a good one, however, especially for fans of '90s hip-hop.

Ashanti and Ja Rule create waves of nostalgia for their collaborations on "Always on Time," "Mesmerize" and more, but their 2016 joint effort "Helpless," a song on the soundtrack for the Broadway musical "Hamilton," is worth your four minutes. Lil Mo and Jagged Edge are the two other openers, and a WBLK lip-sync battle precedes the headliners, who will perform together.

Commentary: The singer-songwriter has kept a low celebrity profile since a wild run in the tabloids, but his consistent quality of music cements him in the limelight. Mayer's stop in Darien is a continuation of his "The Search for Everything" tour, based off an album by the same name. The April 2017 released peaked at No. 2 on Billboard.com.

Commentary: Bryan is on the short list for biggest name in mainstream country music right now - perhaps Sam Hunt is in the running, too - and there's a reason his late-summer show in Darien is close to a sellout.

Although the message from his music doesn't necessarily separate him from his peers - his Aug. 23 single "Light It Up" is about as millennial-geared as you can get - he's been hardened by personal tragedies, as both his older brother and sister died unexpectedly at different points of his life, which lends credence to his more heartfelt songs. 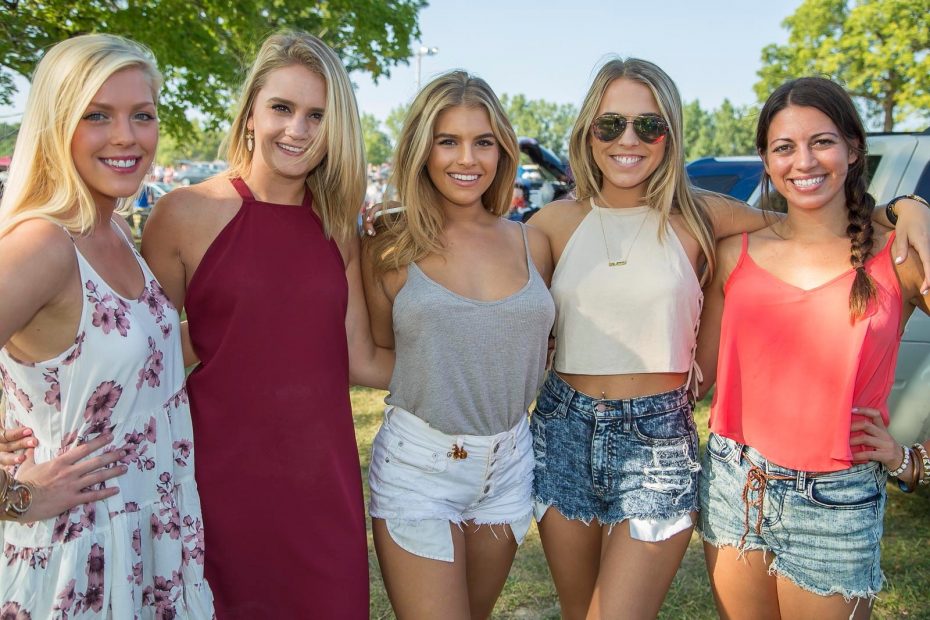 Smiles at Luke Bryan's 2015 show at Darien Lake. (Don Nieman/Special to The News)

A wealth of entertainment, including samba dancers from Orlanda, Fla., musicians local and national, roving photographers, a fashion show and an emcee appearance from KISS 98.5 FM's DJ Anthony, rounds out the experience.

Commentary: Whet your appetite for the Halloween season as Parahorror, presented by Beyond Ghosts, returns to the spooky Central Terminal for three days of fan-based programming. The festival prods deeply into an unnerving realm, highlighting macabre decor, haunting stories, short films, celebrities, speakers and creepy products from local vendors.

Just look at this unsettling soap, then look back at the Parahorror Smiles gallery from 2016.

Commentary: The legacy of funk/R&B/soul artist Rick James is already profound in Buffalo, as the troubled but decorated musician is buried in Forest Lawn Cemetery in North Buffalo.

A music festival in his memory runs on Saturday, with the Mary Jane Girls - who were assembled as James' own touring performers - playing a slot. Buffalo Rising lets you know how big of a deal it is that lead singer and Buffalo native JoJo McDuffie-Funderburg will perform in her hometown for the first time in three decades.

Commentary: Call it a lapse in my early education or my faulty long-term memory, but I have a hard time differentiating reptiles from amphibians. It just makes me think of the late Charles Shackleford's infamous quote. Anyhow, the names of the vendors attending Sunday's show are alluring: take Crazy House Chameleons, Dachiu Bearded Dragons and Nocturnal Mutants, for example.

The Smiles gallery from 2016 gives you a good idea for what to expect. Here is a snake. 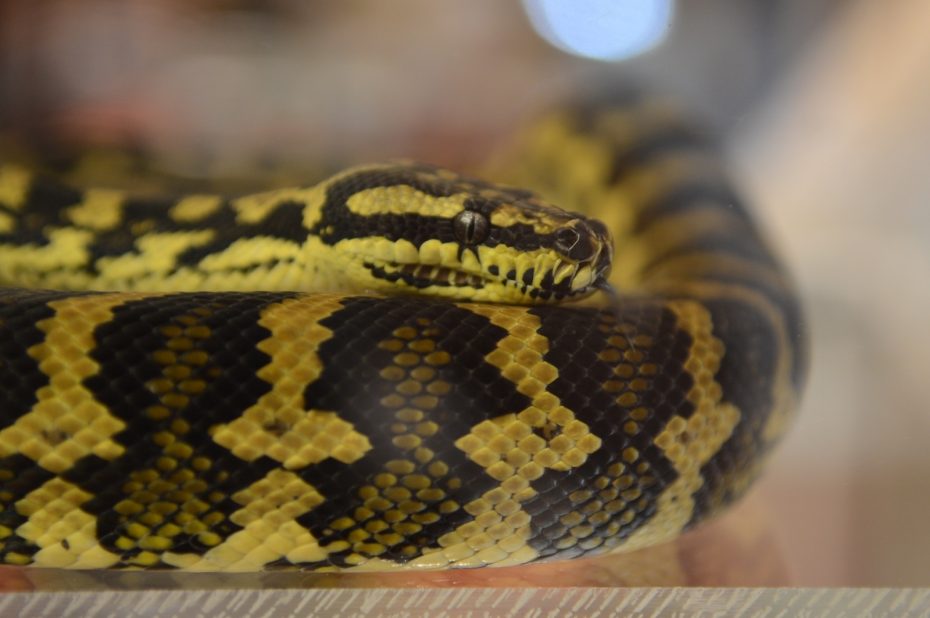 It is unclear if this snake is smiling or not, but nevertheless it is in the Buffalo Niagara Reptile Expo Smiles gallery from 2016. (Nancy J. Parisi/Special to The News)