Dogs will bark and cats will meow once again in the former headquarters of the SPCA Serving Erie County.

The Ensminger Road site in the Town of Tonawanda, home to the SPCA for 55 years, this fall will become the second location for Creature Comforts Pet Resort, which offers luxury boarding, day care, grooming and training.

Animals there will be pampered in bedrooms with human-size beds and equipped with webcams for owners to check in on their smartphones. 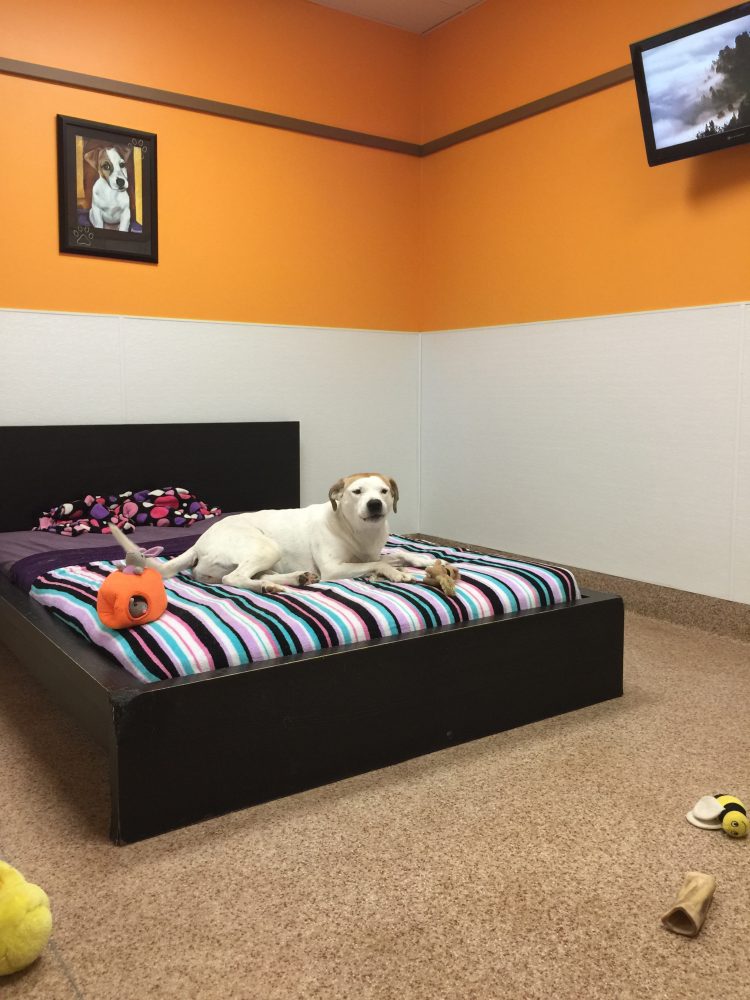 "That building happened to have a reputation already as an animal care facility," said owner Emily R. Handschumaker. "To repurpose it as another animal care facility makes sense. Everyone associates it with dogs and cats. so us coming in there is a natural progression of things."

In fact, she liked the building so much she paid $200,000 more than the original buyer who purchased it from the SPCA.

The SPCA received offers on the property in 2014 and Handschumaker was outbid by Bison Storage and Warehouse, located nearby on Pearce Avenue in the town.

"I came back and said, 'Look, I'm really interested in this building. I really want this building,'" she said. "So I was able to purchase the sale contract from him."

Once the SPCA moved out in April, the parcels at 167, 205 and 215 Ensminger Road on 5 acres were sold July 12 for $450,000 to Bison Storage, according to documents filed with the Erie County Clerk's Office. Ownership immediately transferred to Creature Comforts for $650,000. 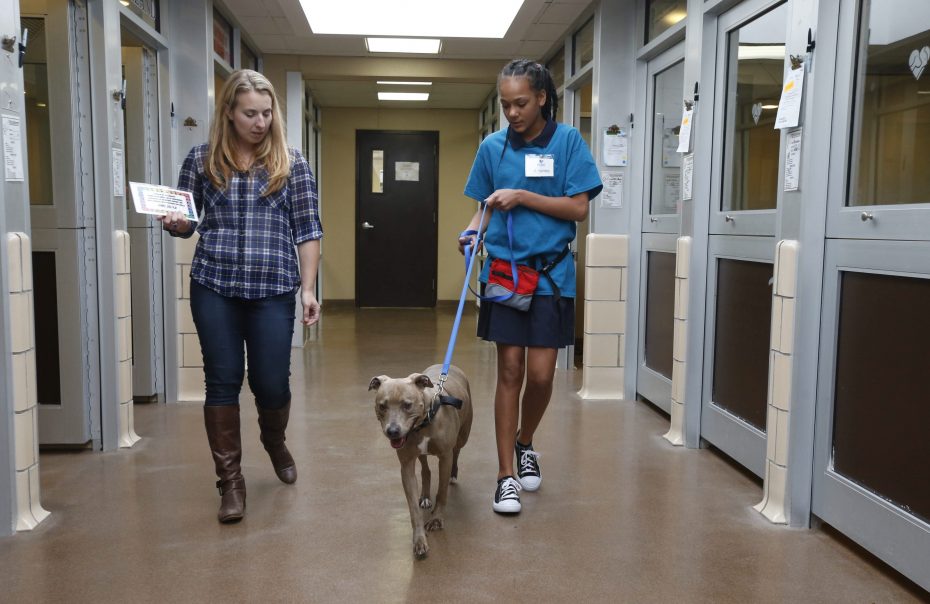 Arianna Parker, 11, right, with a pit bull named "Sky" at the SPCA's former shelter in the Town of Tonawanda in this file photo from Oct. 15, 2015. They're with SPCA humane educator Andrea Mortimer. (Robert Kirkham/Buffalo News)

"It has a wonderful flow," she said, noting she especially liked the greenspace and natural light from skylights. "It really already has a lot of good animal structures in it."

Creature Comforts in 2011 opened its first location in the SPCA's former satellite shelter on Pontiac Road in Angola. At 26,000 square feet, the new Northtowns location will be more than double the size of the Angola facility.

Interior work has started already, and includes updates to modern standards such as UV sterilization of the air units to cut down on disease transmission, Handschumaker said. She described the "luxury boarding" service she offers as "a cage-free environment" for pets featuring bedrooms with human-size beds and flatscreen TVs.

She's also installing a "doggie splash park" that has a fire hydrant with four water jets for group play sessions, and changing the building's exterior color from putty gray to rusty orange.

Creature Comforts can also handle pets with special medical needs like diabetes and seizures, said Handschumaker, 37, a veterinary technician before opening the business. Space for a veterinary clinic will be available for lease, she said.

Meanwhile, the SPCA's sale proceeds of $450,000 went toward its general operating expenses, not its capital campaign for the new shelter in West Seneca, which has raised $12.84 million in donations to date with a goal of $14.7 million, said SPCA spokeswoman Gina Browning.

At 52,000 square feet, the SPCA's new shelter and veterinary clinic on Harlem Road, located across from Erie 1 BOCES, is twice the size of the Tonawanda site.

At a meeting of the SPCA's 100 employees in the new location, President Gary Willoughby II announced that Creature Comforts had purchased the Tonawanda facility, Browning said.

"When our staff members heard there were going to be animals again in the building everyone started clapping," she said. "People became very attached to that Tonawanda building. We accomplished a lot there."

But before Creature Comforts moves in, the building will serve one more unusual purpose. Scenes for "The True Adventures of Wolfboy" movie will be shot there next month.

The film is directed by Martin Krejci and a producer is Declan Baldwin, one of the producers from the Oscar-winning film "Manchester by the Sea."

"We're trying to do construction around them," said Handschumaker. "We've had the building for about a month and it's been interesting trying to coordinate all that and make sure everyone gets what they need and no one's stepping on each other."