It never crossed her mind.

Her family immigrated from India in 1976 and Western New York became their home in 1981. Deepali grew up in Williamsville, went to high school at Williamsville North and happily immersed herself in the cultural diversity that the University at Buffalo readily provided when she attended college there.

"I got involved with the Indian Student Association and was able to connect with others who had the same cultural background as I did. It was a big school but it didn’t feel like a big school to me because I had a great social circle. And I was only five minutes away from home."

Deepali went on to get her master's degree in urban planning. Though many of her friends left Buffalo for New York City, she was content to stay and found a job working for an environmental consulting firm. 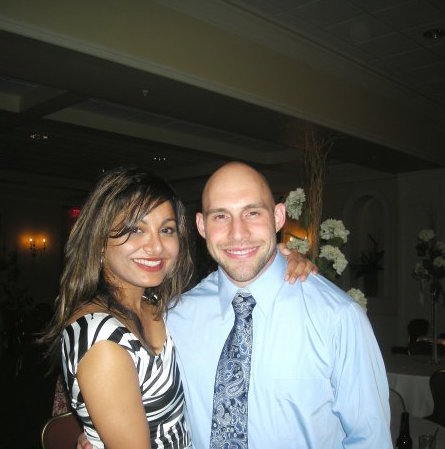 "I felt like I had the best of both worlds," Deepali confessed. "My job allowed me to go to New York a lot to work on different projects, so I was able to visit, see my friends, do some great work there and then come home."

In 2008, Deepali joined Match.com. Her career as a project manager and environmental planner was going well, she had a strong network of friends, and she was looking to make a connection with someone who had the same interests. David liked dogs and sports. So did she. Deepali clicked on his profile, sent him a message and the two went out. By the third date, they knew something was there and in 2010, they got married.

Before they tied the knot, David, 36, was working as a mechanical engineer. He had survived a round of layoffs in late 2007, but was eventually let go and decided to pursue a completely different career instead. "He did a complete 180 and went to UB Dental School to become a dentist," said Deepali. "He was in school for most of our married life."

After graduating in 2015, David had to pursue his residency. He chose pediatrics as one area of study and applied to different cities where Deepali's company, Ecology and Environment Inc., had a remote office location. One of those cities was Chicago.

"Our goal was to stay in Buffalo but after his second interview in Chicago, David called me and said, 'I love it here. Why don't we give it a try?' "

Deepali asked herself the same question — why not? Yes, they were true Buffalonians. They love the city. They lived right smack in the city. But David wasn't an impulsive guy. It surprised her that he liked Chicago so much, and the mere excitement of trying something new was awfully appealing. They were married, had the means and their child was young enough. Why not? For the first time in her entire life, Deepali thought about leaving Buffalo.

They gave Chicago a try. And they loved it. 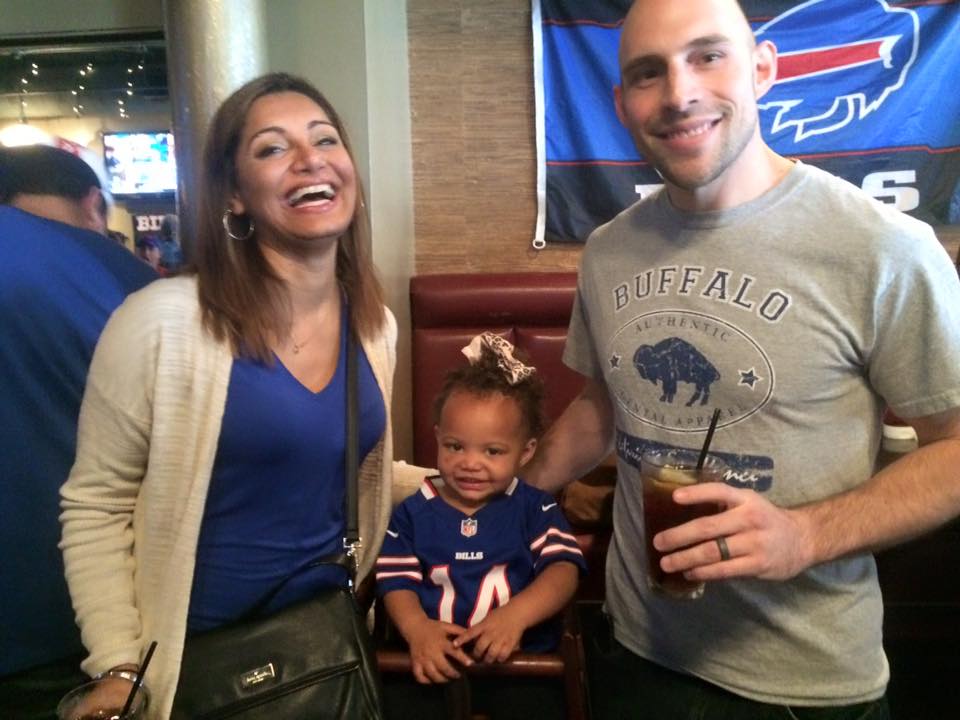 Deepali, David and Laila at a Bills bar in Lincoln Park, Chicago.

"We lived right in Old Town Chicago," Deepali said. "We took public transportation everywhere and had only one car that we drove maybe once a week. We could walk to the lake, the Lincoln Park Zoo, restaurants and a Bills bar, and my daughter’s school. People were friendly and approachable. It was a village type of community. We saw the same friendly faces every day."

The first six months were wonderful, so much so that Deepali says they were keeping an open mind about staying in Chicago permanently.

But when they went back to Buffalo for the holidays, she got a reality check she hadn't anticipated — she didn't realize how much she would miss having family around.

Her sister had recently moved back to Buffalo from Virginia, and her son was the same age as Deepali's daughter. During Christmas that year, Deepali felt that familiar Buffalo pull. She felt it in a big way. After that, interacting with family over FaceTime just wasn't cutting it. That's when she began looking at their time in Chicago as more of two-year adventure than anything else.

"If my sister hadn't moved back, who knows?" Deepali said. "But she's my only sister. And she did move back. I knew my family wasn't going to go to Chicago. So after David's two-year residency was up, we moved back to Buffalo."

That was about a month ago. Deepali, David and their three-year-old daughter, Laila, moved back at the beginning of July. They currently live in a two-family home in East Amherst right next to her sister, but plan to move back into the city once they find a house.

"I love being back here. I love seeing that there is even more development happening in the city. And I love being a part of that. Chicago will always have a special place in my heart and I’m glad we got to experience it, but Buffalo is where we belong. Family and familiarity brought us home. It just seemed silly to be somewhere else when we really didn’t have to be."