The rose-colored lenses seem fitting: A circa 1980s band. One with a fluctuating lineup that, until just recently, was devoid of a key member. The one that is emulated by curly-wig-wearing, black-top-hat-donning, sunglassed fans throughout the crowd. The band with vocals that scratch the high end of the heavy-rock range.

When you are Guns N' Roses, you get something of a pass. Or at least a head start. It's the well-earned benefit of recording music that dominates the soundtrack of the young (and not-so-young) adulthood of so many people.

The question of whether frontman Axl Rose, at 55, can still hit his screechy vocals has been asked and answered so often that we can dispense with it easily here: He can, though not quite with the elasticity he had when he was closer on the timeline to his early days performing at The Roxy on L.A.'s Sunset Strip.

The greater question today: Can Rose, recently reunited with guitarist Slash and bass guitarist Duff McKagan, front a band that feels like the GnR we knew even back in the '80s? 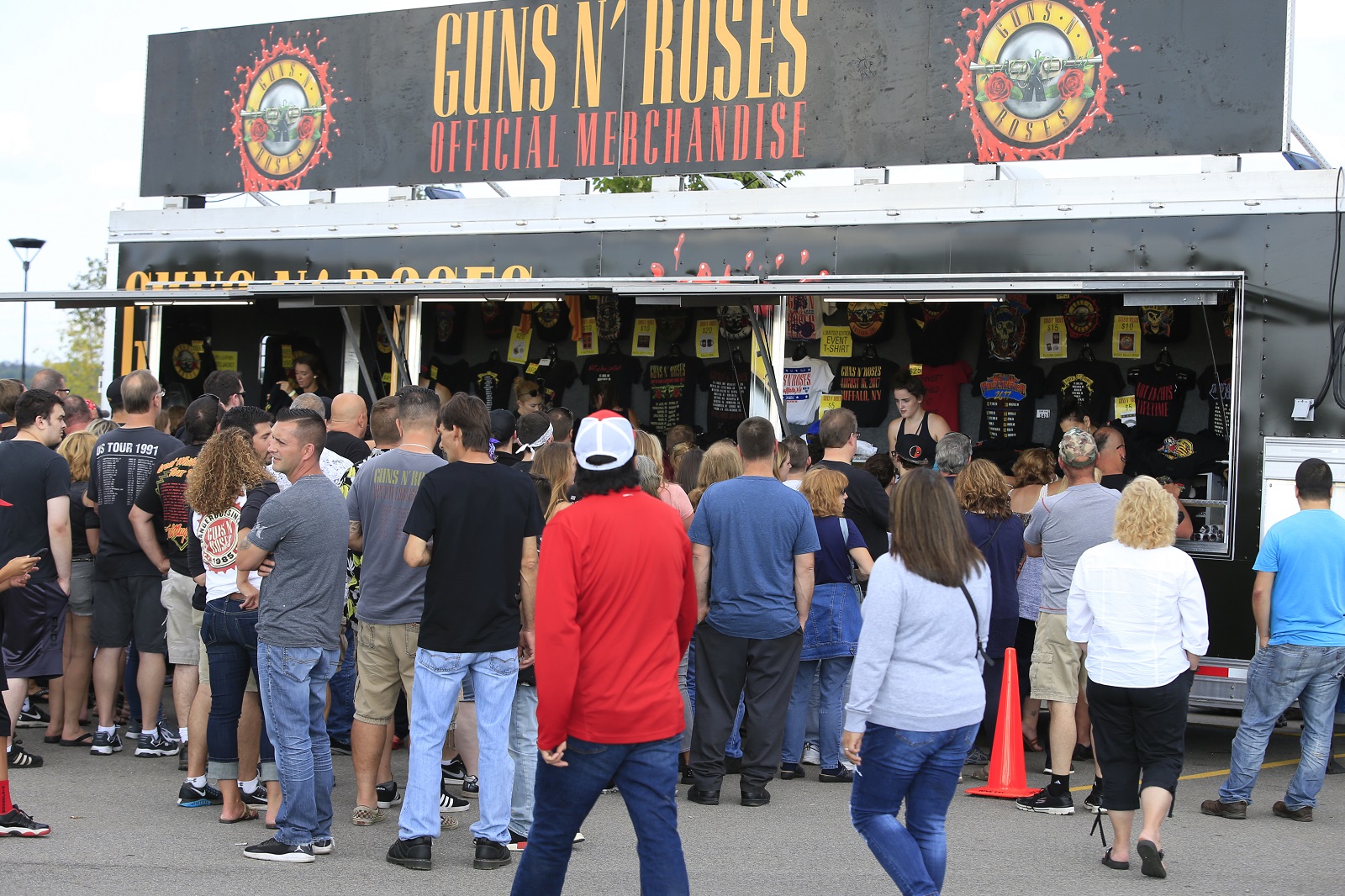 Or would we be looking at GnR through rose-colored lenses, conveniently blurring the chips and cracks in their performance?

After a solid opening set by the rock band Live, highlighted by "Lightning Crashes," we found out.

Fittingly enough, Rose took the stage wearing crimson lenses beneath a black hat, along with ripped rocker jeans, a camouflage jacket and silver cross chains dangling around his neck.

He pounded through a half-dozen songs with fellow original members Slash and McKagan, plus Dizzy Reed on keyboard, Richard Fortus on guitar, Frank Ferrer on drums and Melissa Reese on keyboards and synthesizer.

The highlight, predictably, was "Welcome to the Jungle," built on a Slash guitar solo that's become a key riff in rock lore. 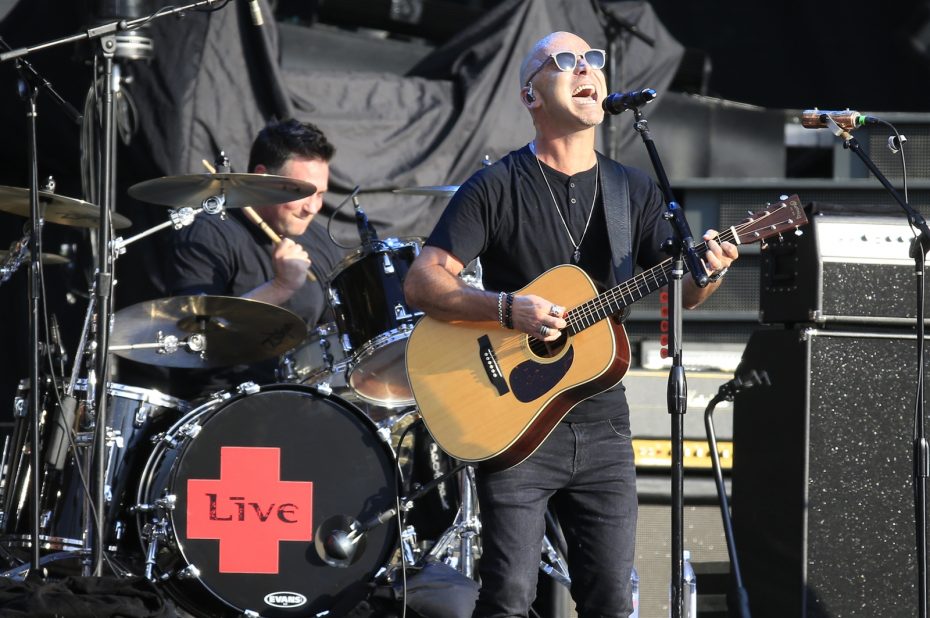 But a song like that is a prime example of where the nostalgic, rosy view of Guns N' Roses comes into play: It can be incredible, it can be good, it can be, well, just simply there, and people will react the same: Horns up, phones lit, beers spilled, bellowing for rock in the same spirit as pop fans screech for boy bands.

That song will always work. If you want to get to the core of GnR version 2017, you've got to take off the rose-colored glasses.

Helpfully, Rose did. And we in the crowd could see his eyes, creases and all, we got a clearer view of the man and the band he's leading.

On "Estranged," Rose's voice - screechy and melodious, the type that'll tear up your vocal chords if you dare imitate it too much - popped out while Reed's piano solo played off Slash's guitar.

A slice of Sweet Child of Mine feat. @axlrose @DuffMcKagan @Slash + my review of last night's @gunsnroses show https://t.co/LUsZk3qH5f pic.twitter.com/5SSxaDRrC9

He pulled in the full crowd on "Sweet Child O' Mine," not only for the requisite mobile phone recordings but for a full-throated, unprompted singalong, the type befitting a rock composition that is so universally embraced that it's even been used as a father-daughter wedding dance song.

Rose took to the piano for a pair of songs. He talked to the crowd, but minimally. Mostly he kept it to the music, with an emphasis on throbbing knockout vocals, especially on "Nightrain."

The return of Slash provided an unmistakable surge of energy to the three-hour show, largely for his guitar playing itself but just as significantly for his hulking presence.

Buffalo crowd was totally dialed into every note tonight; it was an overwhelming experience! Thanks 4 a fantastic evening! Cheers! iiii]; )'

The Guns N' Roses music came easy, and went down easiest when the rosy glasses came off.

Get ready: Guns N' Roses, past and present