If you're shopping for groceries in Amherst and you can't find what you're looking for, you probably can't find it anywhere.

That's because once Whole Foods Market opens its store in the Northtown Plaza next month, eight chain stores that sell groceries will be located within 1.5 miles, on or near the Niagara Falls Boulevard corridor in the town.

There's no other cluster of grocers comparable in the region.

"We always refer to the McDonald's-Burger King concept, where McDonald's goes up and Burger King goes up across the street," said Colleen C. DiPirro, the president and CEO of the Amherst Chamber of Commerce. "I think when you have a unique brand, like Whole Foods or like Trader Joe's, a Wegmans or a Tops doesn't discourage you. It means the chains have to do whatever they can to stand out from the competition in a crowded marketplace, where even grocery stores are starting to feel the squeeze from online rivals."

Click on a blue icon to see which store it represents.

And the concentration of stores in one small section of Amherst could be a boon for consumers, making it easier for them to comparison shop for the best prices and to find a better selection.

"When you have a limited amount of stores, the prices can be less competitive," Fred Jordan of Tonawanda, said on Friday outside the Aldi on Maple Road that he lives a few minutes from. "The more options you have, the better the competition."

Why the grocers clustered

This stretch boasts the area's only Trader Joe's, which opened to fanfare in 2013.

DiPirro attended the grand opening of the store — which located in Amherst, despite lobbying from a Kenmore business group — and the parking lot was crowded with eager shoppers.

"I got there an hour before the ribbon cutting, and it took me half an hour to park. The lines were all the way over to the plaza," DiPirro said.

Why is this section of Amherst so popular with grocery store chains?

DiPirro said the companies are drawn to the town's demographics, primarily its critical mass of population, its high average household income and the education level of the town's residents.

The presence of the University at Buffalo North Campus is obviously a draw, she said, as is the fact that shoppers in Buffalo can easily get to the store.

"It's a natural for a store like Whole Foods to want to be located in the center of all that," DiPirro said.

Whole Foods is the latest chain to join grocery store row in Amherst.

Officials revealed three years ago that Whole Foods would open a store on Sheridan Drive on the site of a former Bon-Ton in the Northtown Plaza. Construction on the $15 million, 50,000-square-foot store began in July 2016 and will wrap up in the coming weeks. The store is set to open at 9 a.m. Sept. 15.

Whole Foods, which recently was acquired by Amazon, will try to stand out with a tap room, restaurant and bocce court, along with its extensive selection of prepared foods and organic produce.

“We’re very excited to deliver a wide selection of the highest quality natural and organic foods at great value, sourced locally and from around the world," Ted Kwong, a Whole Foods spokesman, said in an email. "Western New York shoppers can also look forward to new culinary innovations like Bar 1818’s local microbrew selection paired with American fare from local producers, and our community café space with its own bocce ball court.” 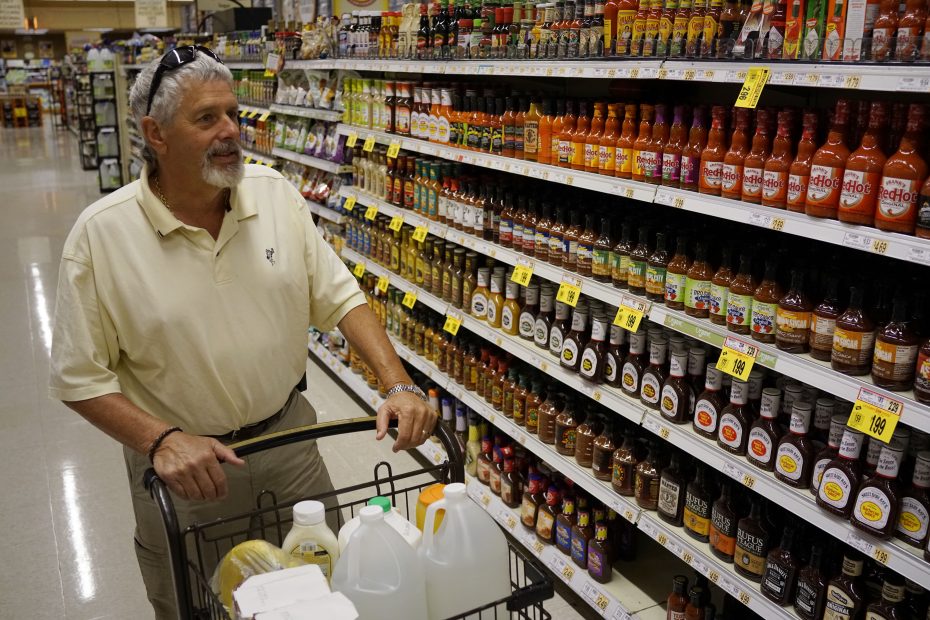 Jay Daniels shops for food at the Wegmans on Alberta Drive in Amherst on Monday, Aug. 14, 2017. (Derek Gee/Buffalo News)

Not worried about competition

Stores contacted for this article say they aren't afraid of the heated competition for shoppers.

Tops has long had a store on Maple Road at North Bailey Avenue that serves students from the nearby North Campus, one of 60 stores the company has in Western New York alone.

Tops spokeswoman Kathleen Romanowski said the company's 3,500 certified organic offerings and its 2,500 store-brand products — most reformulated to be free of artificial colors, flavors and preservatives — are among the ways Tops stands out.

"Competition is inevitable, but if you can continue to offer your customers the quality products at affordable prices and deliver exceptional value every week, you naturally earn their loyalty," Romanowski said.

Wegmans has a store on Alberta Drive, across from the Boulevard Mall, which also draws UB shoppers. The chain acknowledged by email that the food retail industry is "extremely competitive."

"We never forget that there are many places where people can shop for food," Mike Keating Sr., vice president of Wegmans' Buffalo division, said in the statement. "We pay attention to what’s happening around us, but we pay much closer attention to our employees, our customers and those things that set us apart, especially our people and the incredible service they provide.”

An Aldi customer is distinct from a Trader Joe's customer, for example, and the chains make decisions about what to sell and how to price it accordingly, said Charles D. Lindsey, an associate professor of marketing at the University at Buffalo who studies consumer behavior.

"They each have different unique value propositions and they're each appealing to slightly different target markets," Lindsey said.

Tops, Wegmans and the other stores along the boulevard are facing competition not only from brick-and-mortar rivals but online as well.

Companies selling groceries online, ranging from Blue Apron and other startups to the e-commerce giant Amazon, are trying to grab a larger piece of the market.

But Lindsey said online grocery sales are growing, particularly among millennials, and 1 in 4 Americans report in surveys that they've purchased a food item online.

For starters, Lindsey noted, the rise of online shopping options prompted brick-and-mortar grocery stores such as Dash's Markets and Wegmans to begin offering their own delivery services.

And as more stores began offering organic and natural foods, following in the footsteps of national pioneer Whole Foods, prices have come down in that category, Lindsey said.

"I think everything that's happened in supermarketing is great for consumers. Variety. Online access. More competition. And we know when that happens — organic and natural is a good example of that — there's downward pressure on prices and prices tend to go down," Lindsey said.

The Washington Post recently reported that Aldi's expansion plans in this country, and the entry of Germany's Lidl into the United States, are prompting other grocery stores here to lower prices in response.

Walmart is in the middle of a three-year, multibillion effort to lower its prices, and Kroger this year is expected to spend $450 million to keep pace with Walmart's prices, the Post reported.

“That is probably the most immediate effect you’re going to see,” Bill Urda, a retail analyst at the Boston Consulting Group, told the newspaper. “There are many factors that go into customer loyalty, but price is always up there.” 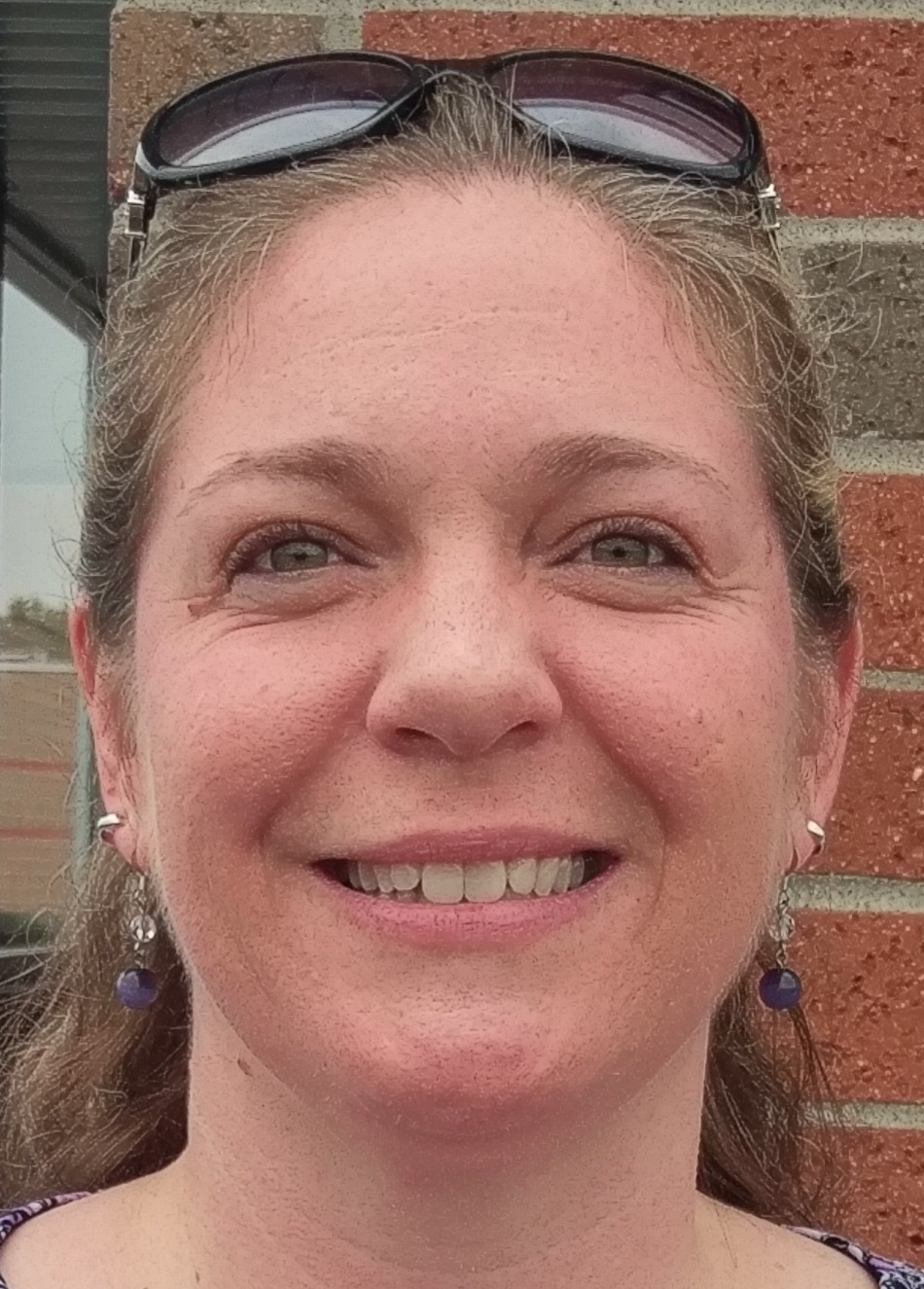 Several shoppers on Friday said the cluster of stores is a boon to consumers.

Melissa Smith of Amherst, outside Aldi, likes to hit three or four grocery stores in a circle when she leaves her home about a mile away. She shops in ascending order, buying the bulk of her food at cheaper stores and topping things off at pricier places.

"I think it's going to drive the competition. At least, that's my hope," she said of Whole Foods' arrival.

Some were skeptical about packing so many locations into such a tight grid.

"They're going to have a hard task getting people to do their whole weekly grocery shopping there," said Mike Spillman of Tonawanda about Whole Foods.

Spillman had just finished a quick food run at Trader Joe's for his 16-month-old son, James, who plows through milk and snack bars.

"I could deal with the traffic or crowds at Tops or Wegmans, or come here," he said.

Mary O'Sullivan of Eggertsville worries whether the new store's arrival will cause congestion. And she wonders whether all the stores can survive with the pie split so many ways.

"Is there a market for all of them? I don't know," she said as she left Wegmans. "I think Whole Foods got into it late in the game."

Both O'Sullivan and Smith expressed concern about concentrating so many stores in suburbia while some neighborhoods in Buffalo have scant grocery options. Experts point to "food deserts" on Buffalo's East Side and other sections of the city that lack easy access to full-service grocery stores.

"As a suburban mother, I feel very lucky to have all of this close at hand," Smith said. "I think they need to do a better job in poorer neighborhoods. … Who would want to do their weekly grocery shopping at 7-Eleven?"

As O'Sullivan put it: "I'd like to see some of these stores develop a social conscience. ... It seems to me there's enough to go around."