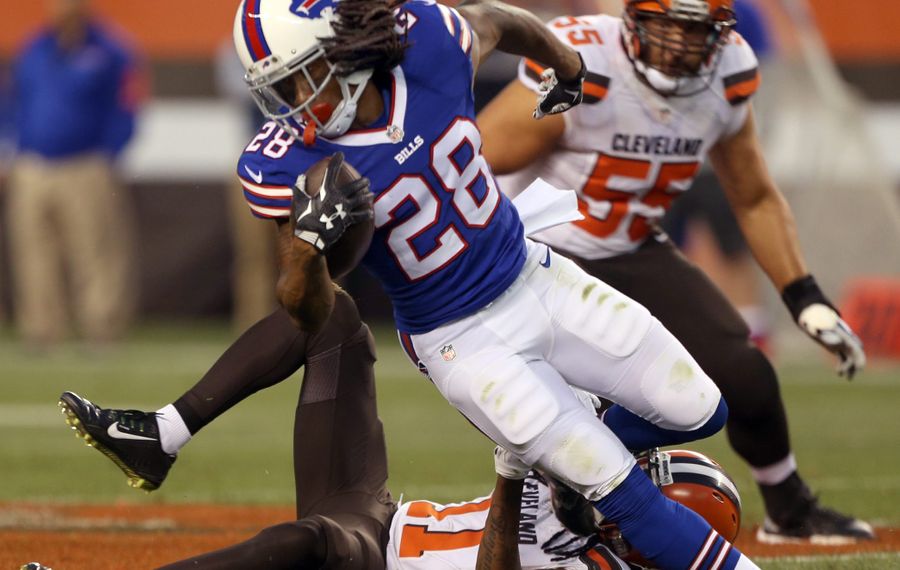 Ronald Darby's preseason debut with the Philadelphia Eagles will coincidentally put him against the club with which he began his NFL career.

The former Buffalo Bills cornerback is expected to be action Thursday night when the Bills and Eagles square off at Lincoln Financial Field, multiple media outlets covering the Eagles reported Tuesday.

Darby, the Bills' second-round draft pick from Florida State in 2015, joined the Eagles last Friday as part of a trade that sent wide receiver Jordan Matthews from Philadelphia to Buffalo. Matthews won't play Thursday night due to the chip fracture in his sternum that he suffered in his very first practice with the Bills.

Darby has been wearing jersey No. 35 in practice with the Eagles. He calls it a "horrible number," and told reporters Monday that he's looking to change it as soon as possible to "something in the 20s." Darby wore No. 28 with the Bills, but that currently belongs to Eagles running back Wendell Smallwood.

“I’m trying to work some things out behind the scenes, but you know I came in so late," Darby said. "I’m trying to go for that 2-8. I’ve been in (Smallwood’s) ear a little bit.”