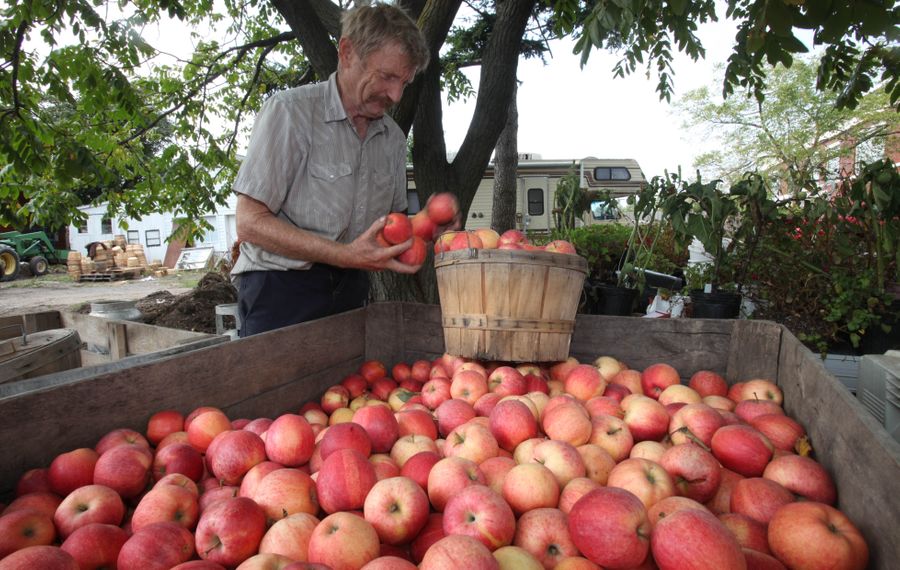 For almost 60 years, the Pope family has been selling fruits and vegetables from local farmers near the corner of Main Street and North Forest Road in Amherst.

What started as a small fruit stand has grown into the well-known George's Produce Market, named for George Pope, who started it in 1958 with his nine-year-old son, Donald.

But now, faced with rising property values and taxes, George's Produce plans to move to a new home on Wehrle Drive next spring.

The Pope family has sold the long, narrow parcel of prime Main Street land where the market has operated for years to Ellicott Development Co.

The company owned by Carl and William Paladino paid $850,000 last week to buy 5226 and 5228 Main St., just east of North Forest Road, according to documents filed with the Erie County Clerk's office. The 1.7-acre property had been owned by the estate of Donald Pope, who died in June 2015.

Despite efforts to hold onto the property over the last two years, his grandson, Michael, said he was unable to maintain it because of rising costs of being on Main Street.

"I tried to save the property but it was just too expensive to make it happen, unfortunately," said Michael Pope.

Located just outside the Village of Williamsville, the market held on for years as new businesses came and went on all sides. The season starts every year with flowers and hanging baskets in the spring, followed by strawberries, sweet corn, tomatoes, peaches and "just about everything that's grown locally," Pope said.

The site, located between a KeyBank branch and a Wendy's restaurant, stretches back, and touches on part of the Tops Market Plaza site in the rear. It's also diagonal from Ellicott's six-story Main Street project at Union Road that includes the Wyndham Gardens Hotel, Apartments at the Mosey and a parking ramp.

William Paladino, Ellicott's CEO, said the property would be "land-banked" by the company until it determines a use in the future, which is a common practice for the developer.

The Main Street parcel currently contains two single-family houses in front and a barn in back, but is zoned for general business. The buildings were all occupied until recently, with Michael Pope living in one of the houses, but all are now empty.

Meanwhile, George's will be moving to a similar-sized location at 1195 Wehrle Drive, at the corner of Aero Drive, near the Buffalo Niagara International Airport, Michael Pope said. It's currently leasing the Main Street land through the end of the season in late October, but will reopen next May on Wehrle.