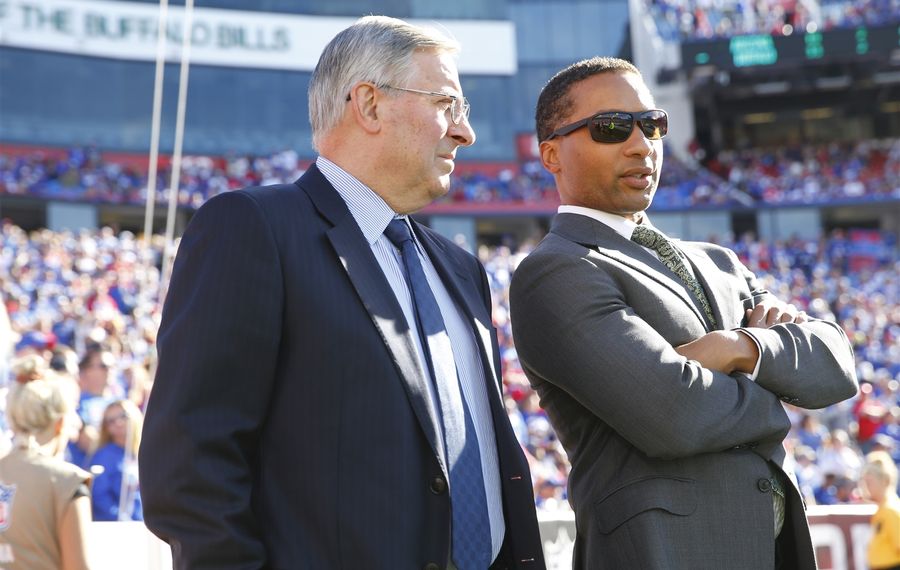 You may quibble over who truly was in charge of April's draft. Did Sean McDermott call the shots, or did soon-to-be-fired Doug Whaley?

We still wonder who called the shots back when Russ Brandon was GM. Did Dick Jauron draft Aaron Maybin? Was it Tom Modrak?

And did Marv Levy actually make the picks when he was GM?

Regardless, these are the men who are on the harpoon for the Bills' past drafts. They were the general managers, and here's what's left of their legacies on the 2017 Buffalo Bills roster after Friday's trades of 2014 first-round pick Sammy Watkins and 2015 second-rounder Ronald Darby.