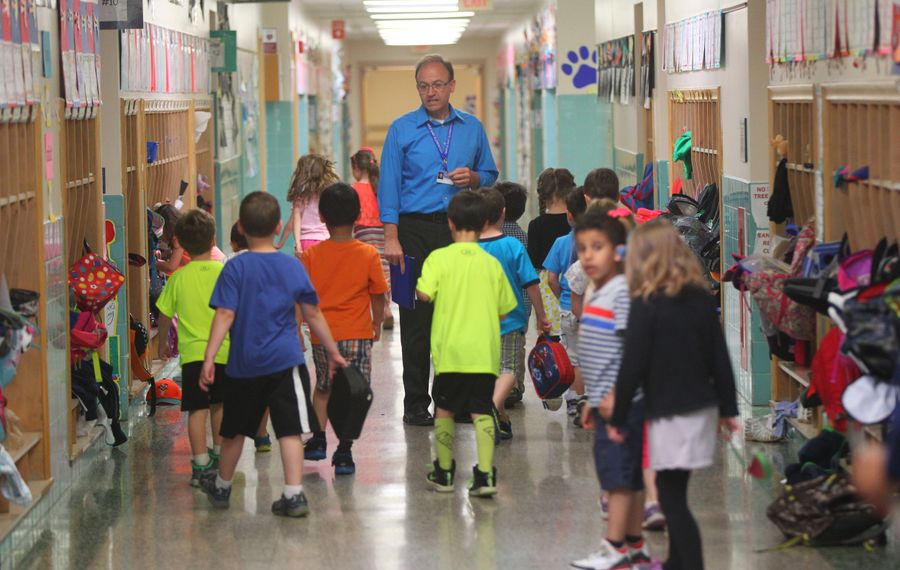 Some high school seniors fret all year over one number – their class rank. It's a statistic that can be considered during the college admissions process.

But the Williamsville School Board is considering eliminating class rank, starting with the district's incoming high school students.

The proposal follows a nationwide trend toward ending calculation of class rank at the high school level, district officials said.

"I would say that the trend both within New York State and nationally is moving away from class rank," said Superintendent Scott Martzloff. "It's more about what type of an academic program have you taken? Have you challenged yourself with all the most demanding courses that your high school offers?"

"It's a piece of what we consider when we do a holistic review of an applicant," she said.

The top 5 criteria are high school grade point average, academic coursework rigor, scores on the SAT and ACT college entrance exams, recommendations from counselors or teachers, and the personal essay, she said.

"The landscape really has changed and class rank doesn't seem as telling as it once was," she said.

The Williamsville board was told that colleges that consider class rank important for the admissions process plummeted from 42 percent in 1993 to 13 percent in 2012, according to a 2013 survey.

In addition, a presentation to the board in June showed that 60 percent of high schools nationwide do not report class rank to colleges, said Board President Shawn Lemay.

"It really seems like the emphasis on class rank is out the door," he said.

The class rank system is often perceived as stressful for students and leads to unhealthy competition, officials said. In addition, students in a high-achieving district like Williamsville can be widely separated in class rank by number, but separated only by a thousandth of a percentage point in their grade point averages.

"Class rank right now in Williamsville is becoming a hindrance to a child's admission and it shouldn't be that way," said Board Member Suzanne Van Sice, who was in favor of expanding the proposal to eliminate class rank for all current high school students as well.

Currently in Williamsville class rank is weighted using a formula that gives AP courses the highest weight and non-Regents courses the lowest weight. Only core academic courses such as English, social studies, science, math and all AP courses are factored in.

After a lengthy discussion during its regular board meeting, the board on Tuesday night delayed a vote on the proposal until next month while administrators gather more data to answer board members' questions.

Their questions mainly centered on what metric would replace class rank to satisfy college admission requirements, and for scholarship applications.

Board member Kurt Venator questioned whether eliminating class rank would adversely affect students applying to SUNY schools, where most Williamsville graduates enroll. Martzloff said he couldn't definitively say it wouldn't, but that it would be investigated further.

Alonzo from Buffalo State said a Williamsville graduate applying there wouldn't be penalized for not having a class rank.