The semifinal clashes in the Buffalo & District Soccer League's second tier are mirror images of each other. Each higher seed plays a physical, defensively-responsible brand of soccer, while their opponents on Sunday are young, sprightly and riding high off quarterfinal blowouts.

Not that a playoff game needs much more incentive, but the winners of these two games automatically earn promotion to the premier division for summer 2018.

Let's take a quick look at what's ahead in the championship division semifinals:

Checking in on Southtowns: This is unfortunately a familiar position for Southtowns, which ran into red-hot East Aurora FC in the semifinals last year, losing late and squandering a chance for promotion. If anything, memories of that loss should galvanize Scott MacLean's team to avoid the same fate.

While Southtowns may lack a true star, they compensate with a very well-rounded team that imposes its toughness on opponents and gives foes minimal time on the ball. Should the contest come down to who wins the most 50-50 challenges, Southtowns are a safe bet.

Hamburg High School alum Will Smith (No. 7) is tied for the team lead in goals (5) despite spending a portion of his time at center back; his energy is infectious and ball-winning is first-rate. Emotional leader Phil Pinzone (No. 26), a Buffalo State College alum who's also potted five, tackles hard and is effective in both directions.

SFPFC are uncomfortable to play against, largely because of their pressure and depth. They have a shockingly deep group of defenders and holding midfielders, which makes them a challenge to break down. While he's a bit of an enigma, striker Elias Kubera (No. 5) has game-breaking skills. 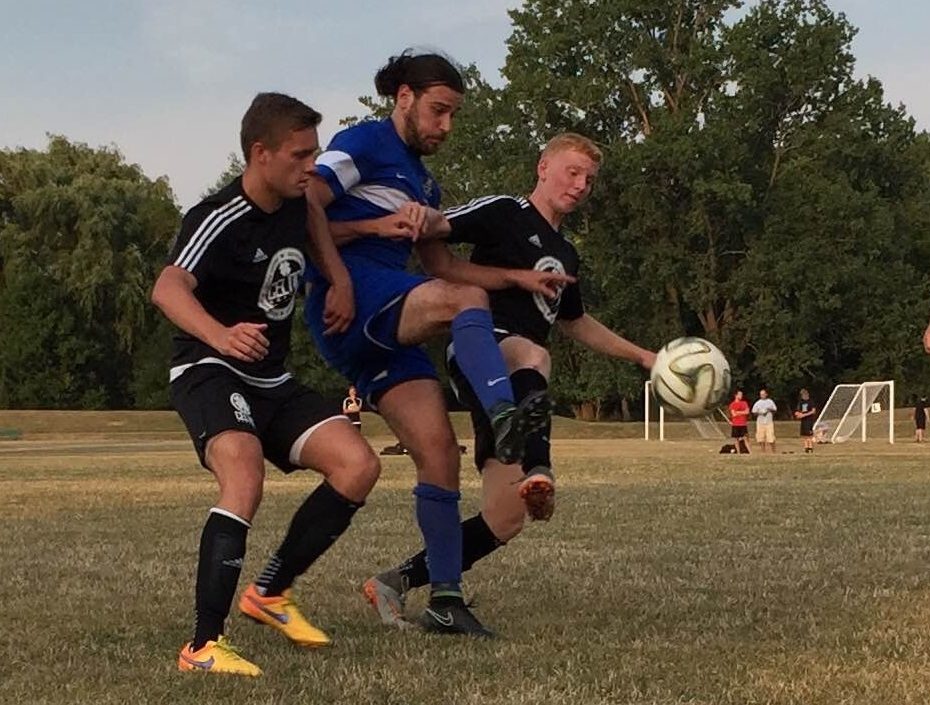 Unheralded players: Sean MacLean (No. 18), who scored big goals down the stretch, and Colin Morrissey (No. 69) and Troy Weber (No. 2), two hard-nosed fullbacks.

Checking in on Beast City SC: If Noah Keem (No. 9) can sustain his form from the semifinal win over Panthers, whom he roasted for four goals, Southtowns may not stand a chance. Surely Southtowns will pay better attention to Beast's primary scoring threat in the run of play, but any set pieces the favorites concede will be a scoring chance for the Sweet Home dynamo.

The impressive midfield trio of Cam Law (No. 16), Aidan Callahan (No. 15) and Scott Pannullo (No. 11) was sound against Panthers, giving Keem opportunities on the counter attack while defending responsibly. Beast won't mesmerize you with tiki-taka passing, but they'll find ways to generate scoring opportunities.

Center back Brock Prizel (No. 7) and fullback Alex Olczak (No. 5) put forth sturdy efforts, too, to advance. The availability of Nemanja Simic (No. 29), who missed the quarterfinal, would be key for Beast in matching Southtowns' size edge.

Unheralded players: Substitute Nick Ruiz (No. 3) gives Beast valuable minutes and a high work-rate, while manager Ben Hall (No. 13) is quietly effective in wearing down defenses.

Bold prediction: It's not really that bold if you pick the higher seed, right? Southtowns earns a spot in premier with a 2-1 win.

Checking in on Wolfpack: Like Southtowns, Wolfpack play a smash-mouth, defense-first brand of soccer, content to grind out wins - often in close games. Center back Brian Terpin (No. 29) rarely makes mistakes or lose challenges in the air, fellow defenders Zack Griffey (No. 15) and Jay Curry (No. 13) are reliable and goalkeeper Andrew Renkas (No. 30) is a solid backstop.

Added incentive for the higher seed is that manager Kyle Hanavan has announced he'll step aside at the end of the season; Wolfpack will want to give him a proper sendoff.

Unheralded players to watch: Griffey is one of the longest-serving members of Wolfpack and personifies the team's physicality. 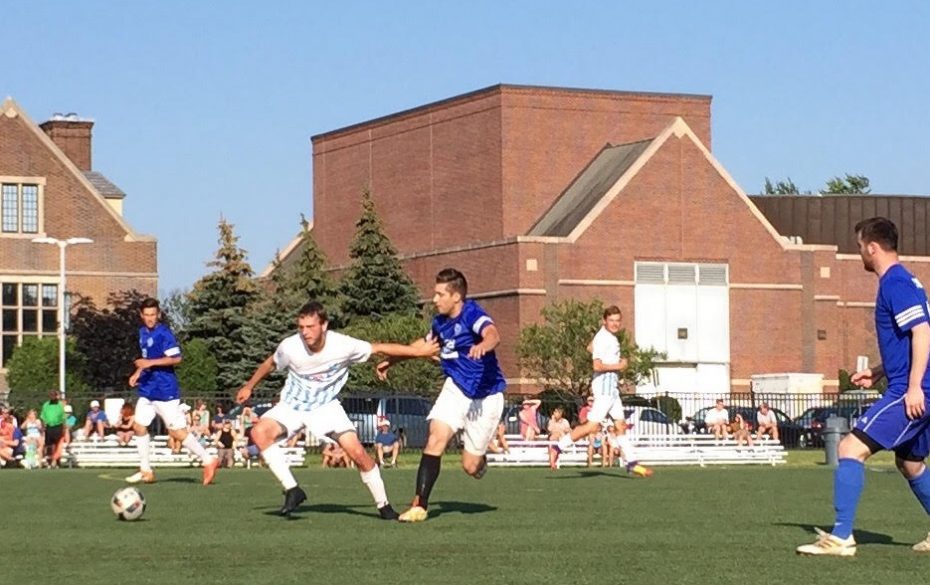 Thomas Jackson, in white with the ball, is a leader in the midfield for Williamsville Willies. (Ben Tsujimoto/Buffalo News)

Checking in on Willies: Let's face it: No team should want to play the surging Willies right now ("surging Willies" is also a phrase I never thought I'd write in my life).

Williamsville beat Niagara FC to a pulp in the first half last weekend, dominating every phase of the game before cruising to the win. The No. 3 seed plays a fast-paced, direct style of soccer - which plays to their youth and athleticism.

Commanding center back Ian Harris (No. 9) plays with a mean streak, Thomas Jackson (No. 10) patrols the middle of the park and the attacking quartet of Jeff Bellinger (No. 23), Noah Bachwitz (No. 7), Justin Bonetto (No. 15) and Yohan Andraud (No. 11) keeps defenses on their heels. Noah Smith (No. 31) and Jason Harris (No. 98) typically split time in goal.

This Willies side is almost entirely the same team that fell to 11-man Panthers in last season's first-division final, so there's a history of egg-laying. Have they found the killer instinct? A scoring drought plagued Willies early in the 2017 season, too, before their run of sizzling form.

Unheralded players to watch: When Sam Kinerk (No. 99) is on the field, exciting things happen. Most of them are usually good. Andrew Looney (No. 20) is another spark-plug.

Bold prediction: This one is bound for overtime, if not penalties. We'll say Willies in penalties after a 1-1 scoreline after 120 minutes.