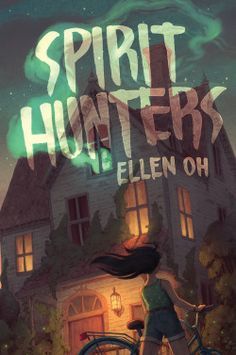 CHILDREN'S
Spirit Hunters by Ellen Oh; HarperCollins, 288 pages ($16.99) Ages 8 to 12.
...
Twelve-year-old Harper Raine has moved in the middle of the summer with her parents, her older sister Kelly and four-year-old brother Michael from New York City to Washington, D.C., into a spooky old house with "gothic charm" that is rumored to be haunted. Harper has a bad feeling about the house  and about a creepy apparition named Billy who seems to be appearing to and influencing her brother, but past experience has taught her the hard lesson that her no-nonsense mother, a corporate lawyer, won't believe her. Harper herself can't remember what happened to cause the fire at her old school, which got her sent to a mental hospital called Briarly, or an accident in which she was badly hurt.   On the advice of her therapist, she keeps a journal to try to recover the memories and "Harper's Stupid D.C. Journal" entries alternate with the narrative as Harper grows increasingly worried about Michael's strange and violent behavior and she resolves to consult the spirit world on how to do battle to save her brother and reclaim her home.  This marvelous, page-turner of a book has it all: suspense, horror, family drama and a marvelous heroine waging a lonely and courageous battle to be believed.  Harper's Grandma Lee is a particularly fascinating character. Ellen Oh is the founder of We Need Diverse Books. 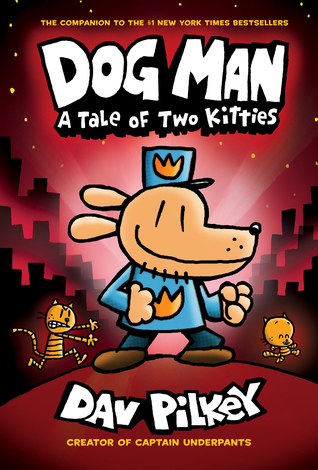 GRAPHIC NOVEL
Dog Man: A Tale of Two Kitties by Dav Pilkey; Scholastic Graphix, 256 pages ($9.99) Ages 7 to 10. (Aug. 29 publication)
...
September marks the 20th anniversary of Dav Pilkey's hilarious, subversive "Captain Underpants" graphic novel series for young readers, intended to particularly appeal to reluctant readers with the same issues Pilkey did as a boy - ADHD, dyslexia and behavioral problems.  With school fast approaching, kids can rejoice at a this new installment in Pilkey's similarly madcap Dog Man series, a Captain Underpants spinoff. (Dog Man is the hybrid sewn together when a dog and his police partner blew themselves up while trying to defuse a bomb.) Fifth graders George and Harold are reading "A Tale of Two Cities" in school, which inspires their cartoon, "A Tale of Two Kitties," a manic romp of a tale featuring variations on Dickens' quotes ("they were the best of cops, they were the worst of cops, He was the best of dogs... He was the worst of dogs... It was the age of invention... It was the season of surprise"), wild antics, mad action, flip books, a drawing lesson and a parting section on "Read to Your Dog."
BOARD BOOK
The Story of Ferdinand by Munro Leaf; illustrated by Robert Lawson; Viking, $8.99. Ages 3 to 5.
...
How fitting, in this 100th anniversary year of the U.S. entry into "the war to end all wars," that Viking has seen fit to publish, in sturdy board book form, the complete unabridged text of  Munro Leaf's timeless 1936 classic of the bull who would rather smell the flowers than fight. (Although this publication is meant to advance the animated "Ferdinand" movie coming out Dec. 22.) The magic spun by Leaf's story and future Caldecott Medalist Robert Lawson's black and white drawings begins on the first page with "Once upon a time in Spain." The pacifist message is delivered through the gentle humor of the story and in the amusing illustrations, including a favorite of four bulls who seem to be intently studying a poster advertising the bull fights at the stadium in Madrid.