Instacart made its first Wegmans grocery deliveries in Western New York on Tuesday, a welcome convenience for busy families, the elderly and people with mobility issues.

Of course, there's a price for that convenience.

Instacart charges a flat fee starting at $5.99 on orders of $35 or more, plus a price increase on items to cover the cost of gathering the groceries that customers order online. But just how much is that markup?

Wegmans said it won't make money off the delivery service.

Michele Mehaffy, a spokeswoman for Wegmans, said it partnered with Instacart to stay competitive and provide a delivery service that customers wanted – not to make a profit.

"Some people like to be in our stores, and that's great. We love it," Mehaffy said. "But for many people pressed for time, an extra hour not spent shopping is a big help. If you're interested in paying for the convenience, it's for you."

Dash's already offers delivery for a flat fee and price markup. Walmart gives customers in Niagara Falls and North Tonawanda the option of free curbside pickup, and Whole Foods will deliver through Instacart once the grocery chain opens in Amherst later this year.

The announcement last week that Wegmans would expand its delivery service to the Buffalo Niagara region comes as traditional grocers increasingly deal with the same online shopping trends that have disrupted everything from clothing sales to bookstores.

That pressure to adapt took on a new urgency in June when Amazon announced it would buy the Whole Foods chain. Amazon has been a leading force in retail disruption, and it is expected to shake up the grocery industry just as vigorously.

"This is the way people are beginning to shop," Mehaffy said. "Grocery is moving in that direction and we really wanted to be a part of it."

There's a notice at the top of the Instacart opening page alerting customers that prices in the app are higher than in-store prices.

"A markup is added to item prices at this retailer. Prices are based on data collected in store and are subject to delays and errors," the notice reads.

The additional revenue from price markups goes toward paying independent contractors who shop and deliver the groceries. Instacart takes a cut, as well.

Instacart Express membership is available, which includes unlimited, free, one-hour deliveries on orders of more than $35. As an introductory promotion in the Buffalo market, Instacart is offering a free year's Express membership for those who sign up online before Aug. 15. The membership fee will be waived online. Some shoppers were charged the full price when Instacart went live Tuesday, but the company said it has since fixed that bug and will refund customers who paid full price. 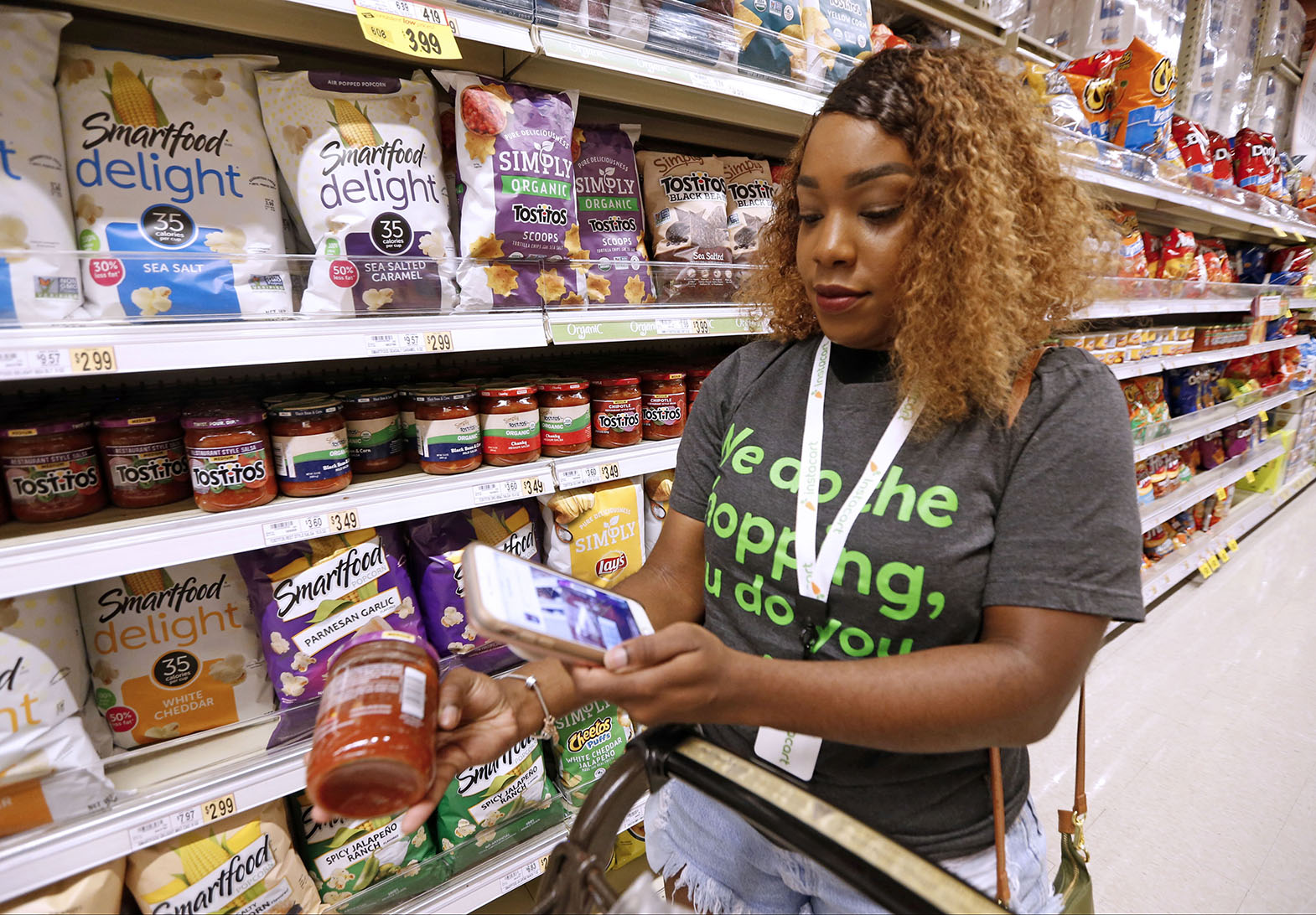 Instacart is also offering $20 off a customer's first order with the promo code "HELLOBUFFALO." In addition to Wegmans, Instacart delivers orders from Petco, CVS and PriceRite.

Delivery will be available within a 20- to 30-minute drive of a Wegmans store.

Prices reflected in The Buffalo News sample were sourced on Wegmans.com as reflected at the Amherst Street store, with Bonus Card discounts applied. A few items were available on Instacart, but not at the Amherst Street store. In those instances, prices were sourced at the Niagara Falls Boulevard store in Amherst. Prices, which can fluctuate, were gathered Tuesday morning and afternoon. The company does not deliver beer.

Wegmans began piloting its "personal shopper" curbside pickup program in Pittsford in 2013. That program charges a flat fee plus an additional 25 cents per item. In June, it partnered with Instacart to deliver from its stores in other states. It announced last week it would introduce the program in Buffalo-area stores, followed by Rochester-area stores Aug. 8 and Syracuse-area stores Aug. 15.