Jennifer R. Marchant, whose manslaughter conviction was overturned last week, is "ecstatic, and at the same time, a million thoughts are going through her head," said her father, Edwin Marchant.

His daughter, who turned 28 Sunday, is expected to be set free after appearing in Niagara County Court on Wednesday morning.

"She hoped for this, but it was considered a long shot," Edwin Marchant said. "This was the best result that could have happened. She's absolutely stunned and feels vindicated."

Marchant, a onetime Internet pornography performer, has been in the maximum-security Bedford Hills Correctional Facility in Westchester County after being sentenced in March 2014 to 12 years in prison for the death of her boyfriend, Ralph D. Stone Jr.

Marchant stabbed Stone, 24, in the chest on Feb. 2, 2013 during a bathroom confrontation.

After meeting with Stone's parents Monday, Niagara County District Attorney Caroline A. Wojtaszek said she has not yet decided whether to appeal Thursday's ruling by the Appellate Division of State Supreme Court. Wojtaszek cannot seek a stay to keep Marchant in prison pending further proceedings.

Stone's parents declined comment after meeting with Wojtaszek and two other prosecutors.

"We are not certain that we can appeal it," Wojtaszek said.

Legal research on that question is ongoing, and a decision may be made by the end of the week. The court ruling dismissed the indictment, and Wojtaszsek confirmed the case cannot be presented to a new grand jury.

"Our only option is an appeal," she said.

If the district attorney appeals and the Court of Appeals reinstates the conviction, Marchant would have to return to prison to serve the rest of her sentence for first-degree manslaughter.

In a telephone interview, Edwin Marchant said he was unhappy that his daughter wasn't being freed sooner. He said he was told Tuesday is the soonest that transportation could be arranged for his daughter. 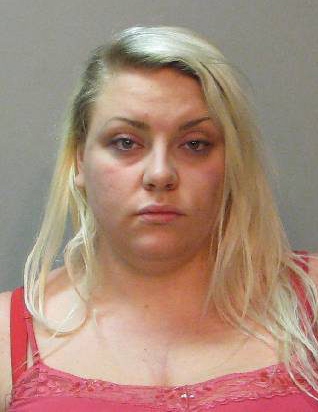 At the time of her confrontation with Stone, he was highly intoxicated and grabbed her by the hair.

During of several calls to 911 in which Stone hung up on a dispatcher, he warned of "trouble" if police came to the apartment. Stone made the call to report that Marchant, who was on probation, had been drinking.

Police arrived in time to see Marchant and Stone struggling in the bathroom.

According to Marchant's account during a videotaped interview with North Tonawanda police, Stone's last words were, "Stab me. Be the boss. Stab me."

Marchant, who said she had grabbed a kitchen knife while being chased around her Oliver Street apartment, stabbed him once near the heart.

Ed Marchant said Stone was "blind drunk. He attacked my daughter. He brought this on himself."

A Niagara County Court jury rejected a self-defense claim and convicted Marchant of first-degree manslaughter in January 2014. The five-judge panel of the Appellate Division of State Supreme Court voted 3-2 Thursday to free her.

The Rochester-based court majority decided that Marchant acted in self-defense and should not have been convicted, saying the jury's verdict was "against the weight of the evidence."

The majority opinion noted that Stone had forced open bedroom and bathroom doors to get at Marchant during the extended argument. The three judges said the prosecution didn't prove that Marchant was unreasonable in believing that deadly force was needed to protect herself from Stone.

They wrote that the prosecution "failed to meet their burden of establishing that defendant lacked a reasonable belief that (Stone) was about to use deadly physical force against her, even though (Stone) was not armed. In other words, this is not a case in which the force employed by (Marchant) exceeded that which was necessary to defend herself."

The two dissenting judges disagreed, saying Stone was unarmed and that his forcing his way into the bathroom and pulling Marchant's hair did not give her the right to stab him.

Marchant "resorted to more force than was necessary," the dissenters said.

That's not how the woman's father sees it.

"We have an innocent young lady who had been exonerated of the crimes they accused her of who is still sitting in jail because the disastrous court in Niagara County can't get their act together," Ed Marchant said.

A spokeswoman for the Department of Correctional Services said a prisoner whose sentence is cut short cannot be freed without a signed court order.

Ed Marchant said his daughter is to be taken Tuesday from Bedford Hills to Albion Correctional Facility in Orleans County and then brought to Lockport for Wednesday's court session.

Jennifer Marchant has been working on obtaining a college degree in prison and recently was assigned to the lawn maintenance crew at the prison, which she liked because it gave her more time outdoors.

She submitted her own legal brief to the appellate court, along with one from attorney Edward P. Perlman of the Niagara County Conflict Defender's Office.

"It obviously made an impression on the justices," Ed Marchant said.