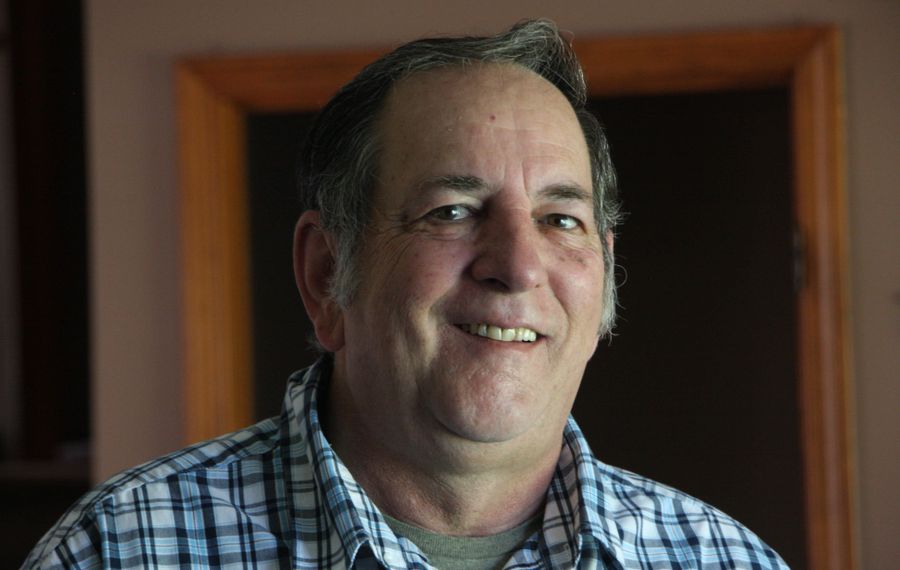 In a group of about 70 men being inducted into the Navy, Neil I. Ross recalls being the only one who volunteered.

He enlisted in 1969, the year after the Tet offensive in Vietnam. Not nearly enough men were enlisting then, and the draft was in full swing. The Navy was getting many of the draftees.

The new sailors, many in their late teens, were packed on a bus and sent to Camp Moffett in Illionois, a training camp dedicated to in-processing new recruits. They were met with a barbed wire fence about 18 feet high.

"The nicest guy greeted us," Ross said. "He said, 'Gentleman, please line up around here and put your bags down. Thank you, gentleman.' "

As soon as the gates closed behind the empty bus, the greeter made a 180-degree shift.

"He said things that you can't quote in the paper," Ross recalled.

Ross watched the bus pull farther away and he thought to himself, "Oh my gosh. What did I do?"

He compares his early career in the Navy to the 1950s movie "Mister Roberts" about a Navy officer who longs to be in the combat zone, but gets stuck on a cargo ship while the war passes him by.

When he got his first ship assignment, he ran to "Jane's Fighting Ships," a book detailing every fighting ship in the world. One guy got a battleship, another an aircraft carrier. Ross got the USS Cambria.

"It looked like a banana boat," Ross said with a laugh.

For year three years, Ross put in requests to go to Vietnam, where most of his friends were stationed.

For three years, he was denied.

Ross went home for a week in 1971. When he returned to the Navy, he was told he was leaving for Vietnam in three days. He wasn't given a chance to say goodbye to his family in person. He had to report straight to the ship.

"When I found out, well now I had to say goodbye through a payphone. Boy, does that hit you right there," he said pounding his fist lightly over his heart ... It was the longest phone call I ever had in my life. You just don't want to break the connection."

His tour off the coast of Vietnam lasted from 1971 to 1973. He was stationed on the USS Inchon, an amphibious assault ship. It was where he wanted to be. Once there, neither he nor his shipmates would admit the fears they were experiencing, he said. But they were jittery, on edge for when the next bomb would drop.

For 28 days they switched between being on watch six hours and resting six hours. Ross developed the "six-hour stare."

Ross recalls North Vietnamese launching fighter jets. And he said he and his crew often faced 50-foot waves that would roll the ship 60 degrees on its side.

"You go down and you never know if you're coming up," Ross said.

Recounting his experience in the Navy, Ross repeats a singular phrase: "I'm not a hero."

The true heroes are the people in physical danger, he said, and the family members waiting at home sending their support and worrying about the safety of their loved ones. He refers to them as the silent ranks, a reference to his favorite poem of the same name.

Ross remembers one package he received from home when he was in Vietnam. It was a box full of dust and a bottle of soda. His excitement shifted to confusion. He sifted through the dust and found a handwritten note from his mom and sister who hoped he would enjoy the cookies. He couldn't help but chuckle as he popped open the warm soda.

He realized that after two months of travel, their homemade cookies had disintegrated.

He repeated, "Those are the true heroes."

An old photo of Navy veteran Neil Ross and one of the ships he was assigned to. (Robert Kirkham/Buffalo News)

In civilian life, he served as a police officer in Buffalo and New York City. He was on the scene of the World Trade Center on Sept. 11 before the towers collapsed, he said.

He rejoined the military as a reservist from 1989 to 2010 and worked on electronic warfare.

Then in 2006, he was assigned to Kuwait to work for a global terrorism unit during the Iraq War.

Most of his life, he has been in positions of danger or positions where others considered him "the enemy."

"Maybe that's why I enjoyed being a conservation officer so much. In my role, I was respected and people were happy to see me," Ross said.

Now, in his retirement, he has found a way to bestow respect on other men and women like him. He serves on the board for the North Collins Veterans Tribute. The organization is working to create a brick monument in recognition of those who have served.

Reading about the death of another Vietnam War veteran reminds Ross that he is part of a dying generation. He already has plans for his funeral.

He said he can imagine his wife and family members all gathered for his service — squeezed in the upstairs bathroom of their North Collins home. His wife will take his ashes and flush them down the toilet.

Ross imitates the sound of a flushing toilet, "Pshh." The joke is on them, he said. His spirit will linger in the septic tank.

The war took a lot, but it didn't touch his sense of humor.