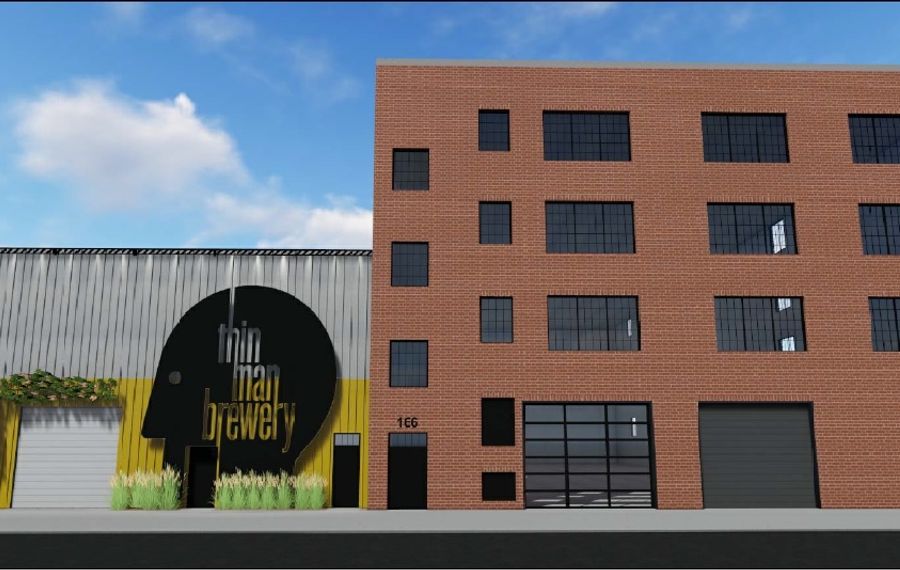 Rocco Termini hopes the directors of the Erie County Industrial Development Agency like beer. A lot.

Termini is seeking help from the ECIDA to support his conversion of an old industrial building on Chandler Street into the new home of Thin Man Brewery and a business incubator.

The developer, through his Signature Development Buffalo LLC, has applied for sales and mortgage recording tax breaks for the $4.695 million project, in which he would add 10,000 square feet to the 40,000-square-foot building at 166 Chandler St.

Plans call for turning 20,000 square feet into the brewery space for Thin Man, while the remaining 30,000 square feet will be for commercial use by small business and startup tenants. About 20 jobs would be created, with a $35,000 average salary, according to Termini's application to the ECIDA.

The project will be reviewed by the ECIDA during a public hearing at 10 a.m. Monday, at the agency's 95 Perry St. office. Public comments will be accepted through Aug. 22.

This is the latest project by the developer in the North Buffalo neighborhood, which is already home to three of Termini's loft apartment conversions. It also would be a second incubator for Termini in the neighborhood, after a similar model across the street at 155 Chandler, that is now fully occupied, and was originally supposed to include Thin Man.

Thin Man opened at 486 Elmwood Ave. in August 2016, but has grown rapidly, with beer sales now exceeding its production capacity at the original site. The firm has distribution agreements with T.J. Sheehan and Remarkable Liquids to sell Thin Man's products statewide. And it plans to use the new facility to not only make its current brews, but also to develop new beers and yeast strains.

The century-old building suffered a fire in 2001 and has been vacant more than 10 years, according to Termini's application. It's "in very bad condition" and is considered an "environmental hazard" because of the fire and prior uses of the building.

It has been accepted into the state's Brownfield Cleanup Program, which includes tax credits. However, it's not eligible for historic tax credits, unlike most of Termini's projects. So, "without assistance from ECIDA, this project would not be possible," Termini wrote in his application.

The project has already been approved by the city Planning Board. Work is slated to begin in August, with completion by May 1, 2018.