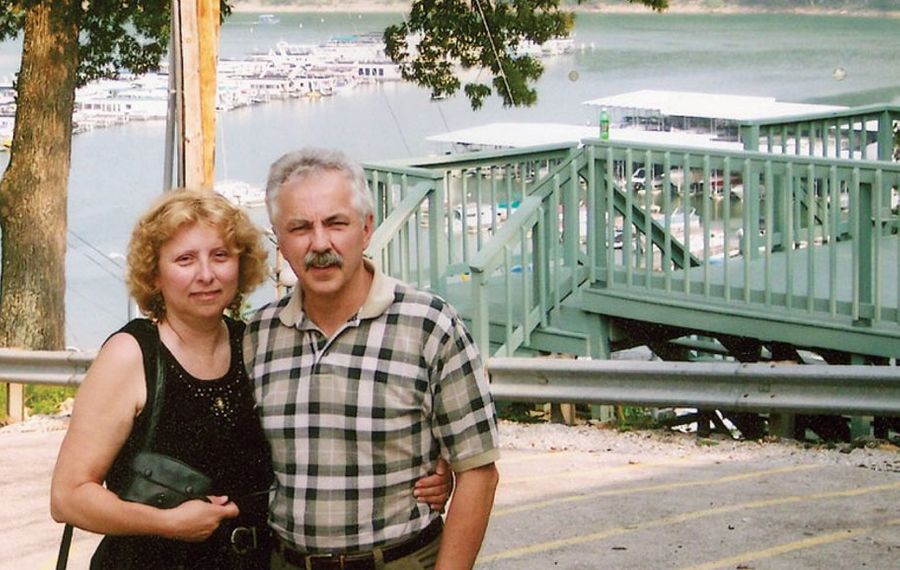 I knew little about brotherly love, growing up with a sister and raising four girls. I see that penchant beginning to manifest itself as my grandsons hug. Perhaps that leans more toward choking or wrestling, but the affection is there.

I also observed that love between my husband, Doug, and his six brothers. Three of those brothers were stepbrothers, but I never witnessed any varying degree of love from Doug toward the men. They were loved equally.

The bond between Doug and his step-brother Joe was recently magnified for me, when I discovered a unique treasure.

Doug had just graduated from the University at Buffalo in 1970, and as he put it, “I received my draft notice before I received my diploma.” He left on July 13, 1970, from Travis Air Force Base in California for Vietnam.

I recall him describing to me his arrival at the barracks late at night. He had to kick his cot to entice cockroaches to vacate the premises. This was a far cry from the life he knew on Bailey Avenue in Lovejoy.

Letters from home certainly would have lifted his spirits, and Joe started sending Doug audiocassette tapes of all the Buffalo Bills games. Digging through storage units recently, I discovered a small box containing those tapes. The box also included a tape Joe had recorded of himself for Doug. 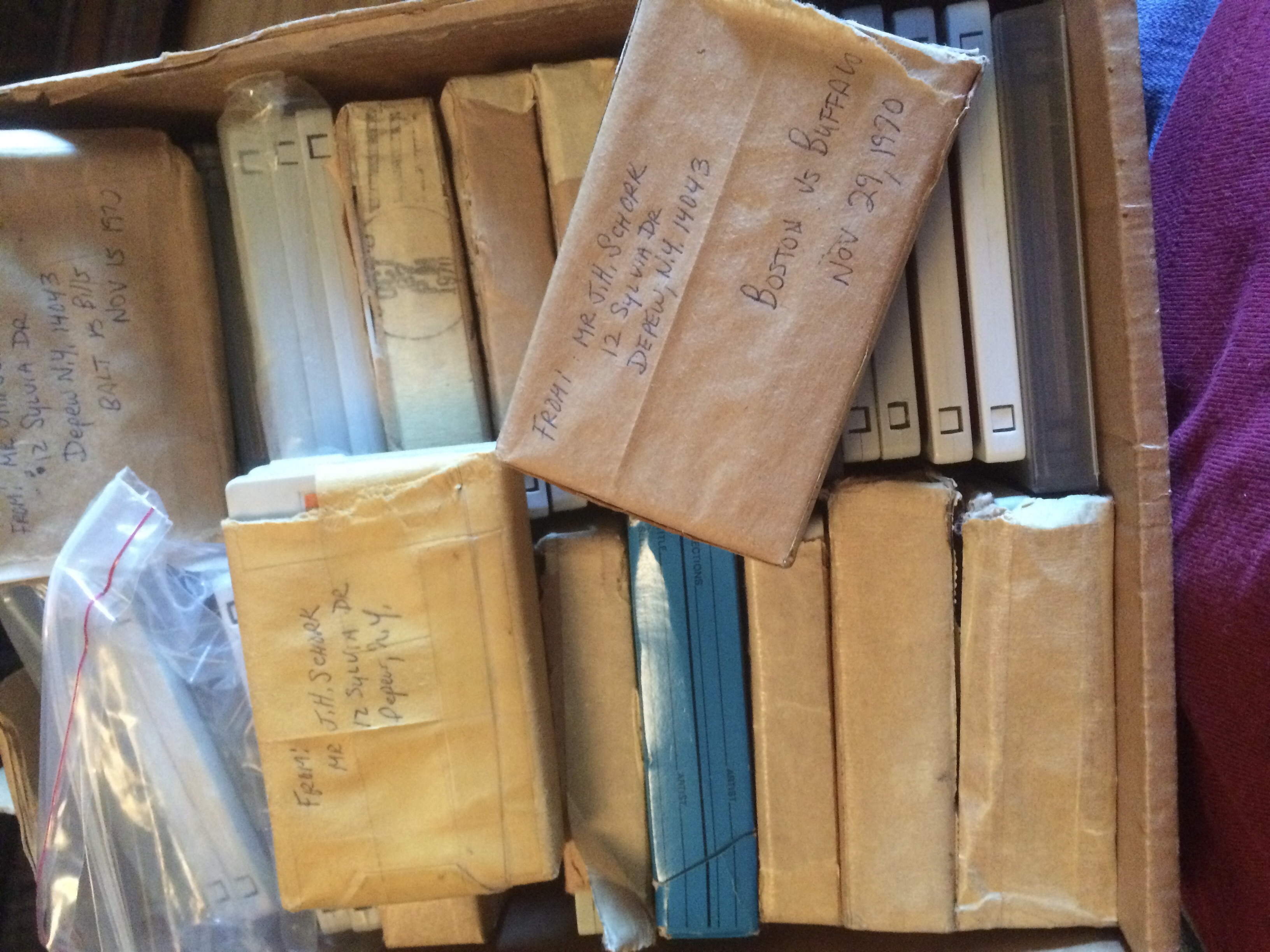 The tapes (Photo by Karen Wielinski)

The 1970 season was the 11th for the Buffalo Bills, and their first in the NFL. It was not a banner year, as they had finished the season 3-10-1. Joe said he almost felt that he had to apologize for sending such terrible games to Doug.

The tapes Joe sent arrived via San Francisco and cost 24 cents to send. Doug would have carefully opened one side of the brown wrapping to release the tapes. After listening to them – probably more than once – they could be slipped back into that protective sleeve. More than 45 years later, they remain in those original wrappings.

I listened to what Joe had personally recorded. “Ma” had contacted the local paper about forwarding papers to Doug in Vietnam. Joe indicated he would find out how brother Eddie’s baseball team was doing. Brother Billy was using Doug’s golf clubs and “playing well.” Brother Jackie was recovering from surgery.

As for the Bills and the games, Joe indicated he had stopped taping during commercials. He did include most of the WBEN 930 AM (“The place for sports on the Niagara Frontier”) play-by-play from Van Miller and Stan Barron.

This new guy O.J. Simpson was looking good, and Joe thought everyone should “keep an eye out for Al Cowlings.”

For me, the biggest thrill of finding these tapes was seeing a tape with the words, “Doug to home.” I tentatively pressed the play button. The quality of the recording wasn’t good, and at first, I almost didn’t recognize Doug’s voice. But then, I made out the soft, low timbre of his voice.

He described how he spent his free time in the barracks reading books, or finding competitors to play pool or air hockey. He wasn’t eating much: “Mess hall food isn’t great.” He had attended movie nights and enjoyed bands that performed. Modesty had to be put aside, as “Mamasan” did her laundry while you bathed.

At one point, he had taken a military flight down the coast of Vietnam, and he described seeing “beautiful towns and villages.” Before leaving the airbase, the pilot tried to make jokes, telling the men, “If you’re going to get sick, throw up in your hat,” and “If we crash, hang on.”

Doug had been assigned to guard duty several times, which entailed four-hour shifts by himself: “You just have to keep alert as you don’t know what to expect.” He summed up his current reality by concluding, “I just have to take it as it is.”

Another birthday rolled around, and Doug found himself heading back home on July 13, 1971. He once told me that his departure was not discussed around the barracks prior to leaving. It was considered bad luck.

There was no welcoming committee present when he arrived in Buffalo.

Tucked into his luggage that day were those tapes, a reminder of Joe’s love for Doug. Joe was continuing college classes and working to support his young family. Although recording each game took time, it was an act Joe knew would bring the comfort of home to Doug.

Karen Wielinski is the author of the book “One On The Ground,” about her life before and after the 2009 crash of Flight 3407. Her husband, Doug, was killed when the plane crashed into their Clarence home.